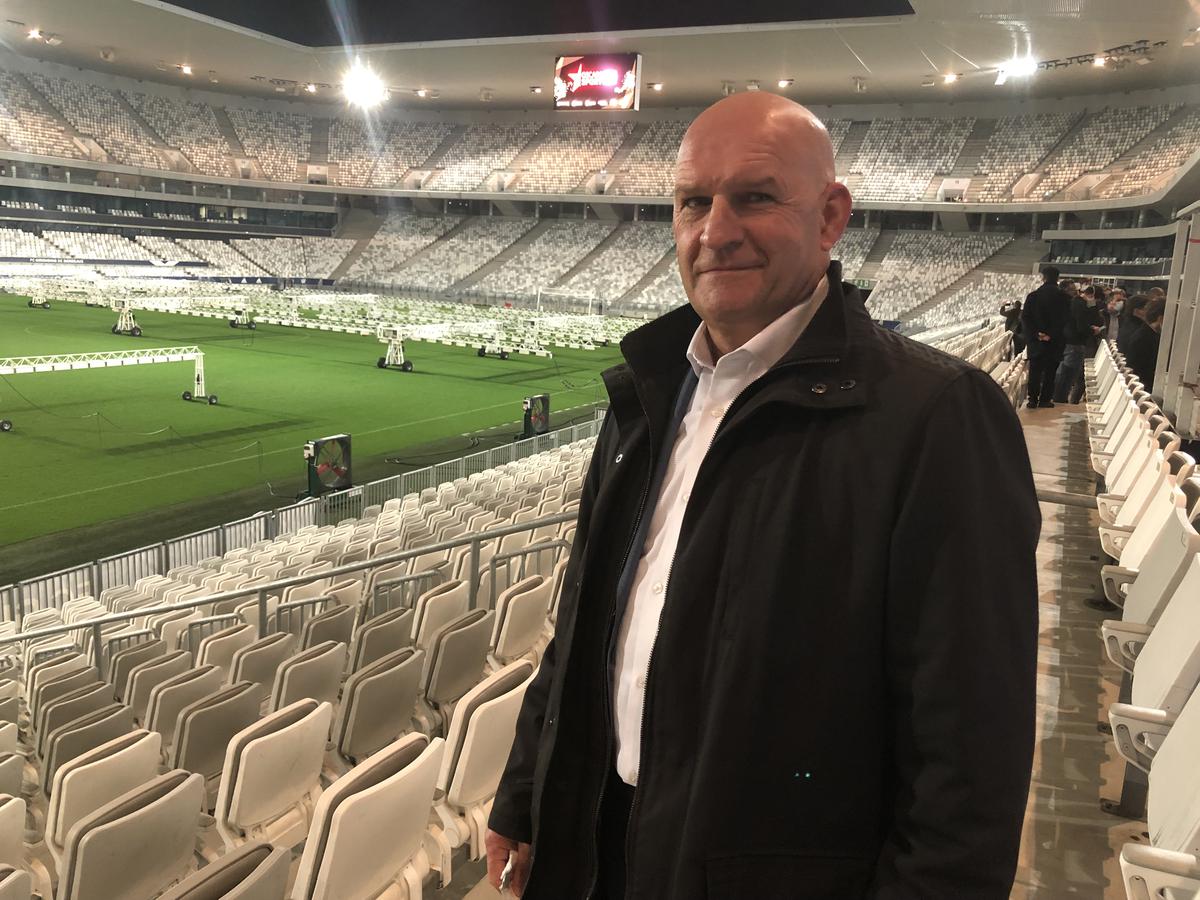 Lhe Lot-et-Garonne was represented in force this Monday evening at Matmut Atlantique in Bordeaux. The lair of the Girondins de Bordeaux was the scene of the 58eedition of the Oscars of Sport “South West”. In the hall of honor which hosted the ceremony, the flags of SU Agen fluttered on the screens. A nod to the Péchavy Group which …

Lhe Lot-et-Garonne was represented in force this Monday evening at Matmut Atlantique in Bordeaux. The lair of the Girondins de Bordeaux was the scene of the 58e edition of the Oscars of Sport “South West”. In the hall of honor which hosted the ceremony, the flags of SU Agen fluttered on the screens. A nod to the Péchavy Group which was a partner of this evening. Dominique Péchavy also awarded the Oscar for best manager to Christophe Urios, the strong man of Union Bordeaux-Bègles.

A little later, Agenaise Julie Barennes received the “collective sport” Oscar for the title of French basketball champion in Basket Landes. Lot-et-Garonne was also entitled to its “amateur” Oscar, like the other seven departments in the newspaper’s coverage area. It was awarded to Christian Delsuquet, kingpin and trainer of the Agenaise Pugilistic Academy since 1998. Also at the head of the departmental boxing committee, he is a figure in the discipline.

Very close to the 1984 Olympics

The one who will celebrate his 60th birthday next February is an amateur of all sports. But it was the first time he had set foot in Matmut Atlantique. “I like to follow the results of the Girondins anyway or watch their matches on TV. It’s a shame, they are at the bottom of the table and will fight not to go down like the SUA. “Christian Delsuquet is more used to the Armandie stadium where he goes regularly. But if he was honored on Monday, it is for his work at the APA during the confinement.

State graduate 1er and 2e degree, this former international junior and senior has a total of 70 amateur fights at national and international level and a dozen professional fights. In 1984, while he was doing his military service with the Joinville Battalion, this Insep resident was a finalist in the French amateur championship and by no means missed qualifying for the Los Angeles Olympic Games. Whatever, his thing is to train. “I wanted to pass my passion on to young people. “

Christian Delsuquet has a very particular vision of boxing. To the 135 graduates aged 8 to 64 from the Agenaise Pugilistic Academy, 40% of whom are girls, he instills the values ​​of his discipline and the taste for physical effort. But not only: “I teach them to dodge, it’s not just the knockout. that counts, you have to be a feline in a ring. Boxing isn’t all about punching and knocking out. his opponent. I try to show them a beautiful image of boxing to reach all audiences. “

Even if he has “another language with the competitors”, Christian Delsuquet has won his bet. So much so that his charges could not do without him during the second confinement. “The licensees sent me messages in January 2021 so that I organize something. I asked the mayor of Estillac for authorization to operate the hall. We couldn’t go there at night because of the night and the curfew. But every Saturday noon, about fifteen people came to train. “

“A great success”, not just for the passion for boxing. “Beyond training, it allowed us to keep social ties and regain physical condition because we needed to exercise. This initiative deserved a “Sud Ouest” Sport Oscar.