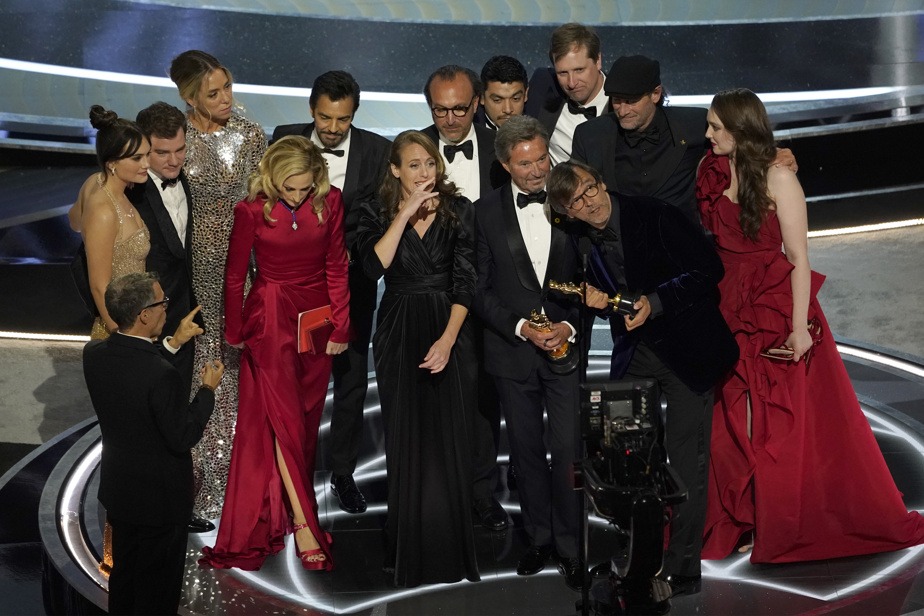 (Los Angeles) At the start of the race, no one placed CODA among the favorites to win Hollywood’s top honor. How can this spectacular reversal of the situation be explained? Let’s try to see it clearly.

Yes, they are beautiful to see. Each trophy gleaned by the craftsmen of CODA during the awards season was accompanied by a sense of pride, with the awareness of having the responsibility to represent the hard of hearing community well on the most beautiful platforms in the world. One cannot help but be touched by this sincere and communicative joy. To finally be seen, recognized, and receive the highest honor possible during the most important Hollywood evening of the year inevitably provides a moment of incomparable exaltation.

Corn CODA, the most beautiful cinematographic achievement of 2021? Really ? Bigger than The Power of the Dog and his visual poetry? more vibrant than West Side Story and its inspired staging? And more virtuosic than Dunes, this almost impossible adaptation bet, brilliantly taken up by Denis Villeneuve? That’s a bit of a hook when you think about it…

When the wind turns…

In principle, the Oscars celebrates the best in the cinema industry. The voting members, all professionals working in the field, are in a position to recognize what constitutes an exceptional achievement in the practice of cinematic art.

However, it sometimes happens that emotion outweighs merit. It also happens, sometimes, that a feeling of weariness suddenly turns the tide in another direction when a feature film designated favorite has obtained practically all the laurels since the beginning of January. As if the voting members, who are the very last to decide at the end of a too long process, unconsciously felt that it was time for another production to also be entitled to its great moment of glory. It happened in 2006 with Crash (before Brokeback Mountain), in 2013 with Argo (before lincoln), in 2017 with Moonlight (before La La Land), in 2019 with Green Book (before Rome), and in 2020 with Parasite (before 1917).

In the case of CODA, the first winner of the Oscar for best film to have been launched at the Sundance festival (where it had won everything), we must add another element: the circumstances. Filed in relative indifference on the Apple TV+ platform in August, this American remake of The Aries family, written and directed by Siân Heder, is one of those works that comforts and “does good”. At this time when, in addition to an interminable pandemic, a war is raging in a European country, it is almost certain that this factor has played a role. The cinema community has preferred to direct its affection towards a consensual story, which restores faith in the human.

Around the Dolby Theatre, many observers were also pointing out the advantages of the preferential system for smaller productions such as CODA. The Oscar for best film – and only this one – is indeed determined by the ballots on which voters must classify the 10 films in the running according to their order of preference, which means that a film which pleases everyone world can still sneak up to a win. The Power of the Dog arguably garnered a lot of top positions, but also may have been misranked by those who weren’t so excited.

The fact that CODA was mentioned only three times during the ceremony, winning the three golden statuettes for which he was in the running (film, adapted screenplay and actor in a supporting role – Troy Kotsur), indicates very well the evolution of the vote. Many members of the Academy have no doubt discovered CODA after the announcement of the list of finalists. They watched this “little film” that they hadn’t had time to see yet, were touched and gave it their support.

The fact that voters – there are now more than 9,000 – have access to a platform where all the productions in the running are grouped together, without the obligation to watch them in a room, also raises questions. There is indeed reason to ask whether CODA wouldn’t have benefited from a format that played much better on a TV screen than productions like The Power of the Dog Where Duneswhich are appreciated first and foremost on the big screen.

LikeArmy of the Deadwinner of the Oscar for the most popular film thanks to a vote organized on social networks, CODA eventually won a popularity contest with members of the Academy. As happy as we are for its craftsmen, CODA however, will not go down in history for its cinematographic qualities. Is the Academy losing sight of its primary mission, which is to reward excellence? The question needs to be asked.