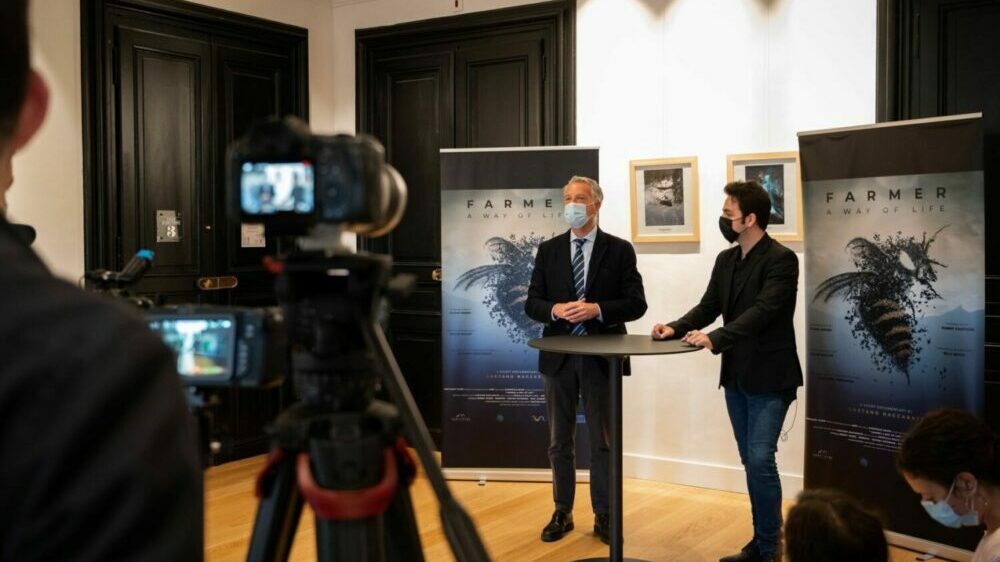 The 34-year-old Savoyard director and screenwriter Gaetano Naccarato is delighted to see his documentary on agriculture “Farmer, a way of life” qualified for the Oscars.

Gaetano Naccarato. This name may not ring a bell to you, but it is certainly one of the rising stars of international cinema. The director and screenwriter native of Bourget-du-Lac qualified in the race for the Oscars 2022 thanks to his documentary Farmer, a way of life. His fifteen-minute film stood out among more than 150,000 short documentaries produced around the world this year. ” It is a great pride to have taken all these steps », Comments the person concerned. Carried out as part of the European Union’s BOND project, the objective of which was to raise awareness among young people, Farmer, a way of life invites the viewer to realize the importance of farmers in society.

” It is a beautiful thing to value the farmers, who are our heroes of modern times. I think we have to preserve them », Explains Gaetano Naccarato. The documentary required a year of work and filming in the four corners of Europe: in the Czech Republic, Holland, Norway or even in Italy … and in several French territories, ranging from Burgundy to the Ardèche, via the Chartreuse where the filmmaker went to meet a beekeeper. ” I wanted to bring a positive message on agriculture, instead of the critical discourse that we usually have. It’s a message of hope! », Insists Gaetano Naccarato, who wanted above all to manufacture “Universal images that speak to everyone across Europe”. He has walked his camera through all the seasons to be able to capture ” agriculture in all its forms“.

In order to obtain ” real moments of life», The Savoyard director did not need to do any scouting. ” The film was made with “stolen” images. That is, there was no staging. They are real farmers, because I wanted to transcribe the truth», He explains. At each location, the shooting took place over three days: a first day of observation, a second where the director placed the cameras in the desired places, and, finally, the set shots with small interviews of the farmers. is also technically sophisticated. Gaetano Naccarato affirms that “ it’s not just a film with a message, I wanted to take care of both the form and the content and work each shot like a painting“.Farmer, a way of lifehas toured the world, and is currently being screened in cinemas in Los Angeles, a first for a French documentary short. It has already won the Special Jury Prize at the 54th Houston International Festival and has also been qualified for the Canadian Screen Awards, the equivalent of the Oscars in Canada.

Since childhood, Gaetano Naccarato has been passionate about the 7th art. The Savoy did not go to film school, he is self-taught and, if he is now competing for his place at the Oscars, it is above all thanks to many years of work. In 2009, he created his microenterprise in Bourget-du-Lac and, nine years later, set up his own production company, Sanctuary Films, in Lyon.

Gaetano Naccarato, director of “Farmer, a way of life”

In parallel with the Oscar race, Gaetano Naccarato is working on the preproduction of a future feature film that he has chosen to produce largely in Savoy and whose shooting will begin in 2022.“An action film against a background of espionage”which will be distributed internationally in the fall of 2023.

He who has crossed twenty countries around the world has yet decided to tour in his native Savoy.
“It seemed important to me to promote the territory. Visually, Savoy offers a splendid and varied setting, and which, in my opinion, is not yet sufficiently valued today ”, he develops. He assures that the film will have, like his documentary,“A completely international orientation”. But he specifies, however: “I do not want to stay in a specific box: advertising last year, now documentaries and next year fiction. I try my hand at different styles while bringing my personal touch.“

Casting side, the director announces famous personalities, but also“Actors in the making and revelations”, without wanting to reveal more.

A Savoyard in the race for the Oscars