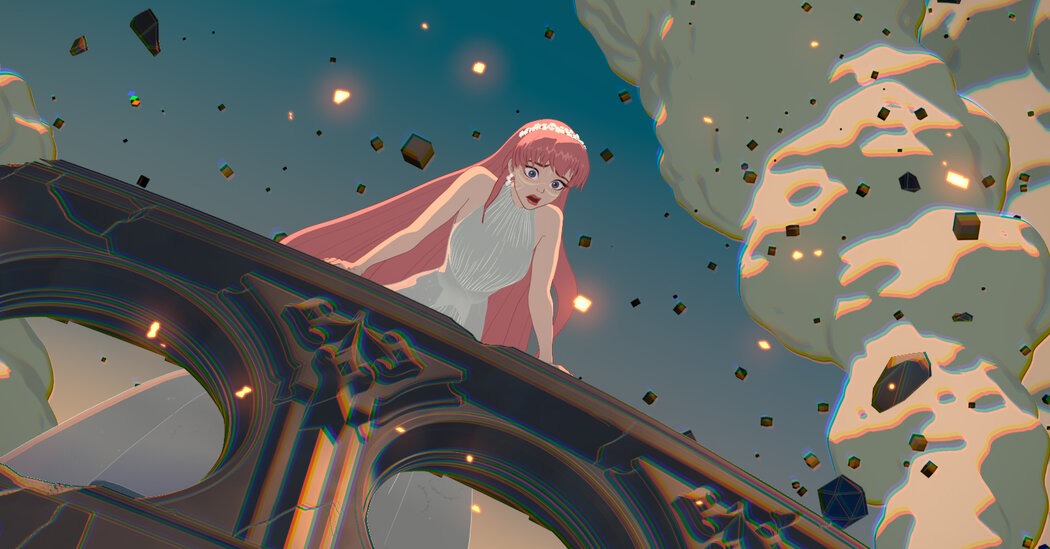 Since the inception of the Best Animated Feature Oscar category in 2001, the Academy has sporadically celebrated mature thematic works alongside box office powerhouses aimed at audiences of all ages. These more adult-oriented titles are often hand-drawn productions designed overseas in languages ​​other than English and without the involvement of major corporations.

Some of those notable contestants have included the Cuba romance “Chico and Rita,” the French-language poetic drama about fate, “I Lost My Body,” and an adaptation of Marjane Satrapi’s autobiographical graphic novel “Persepolis.”

Their recognition at the Oscars helps dismiss any assumption that the medium’s only virtue is to serve as a vehicle for stories aimed at children.

It also goes to show that the studio-dominated American animation industry rarely funds this kind of daring cinema. One exception that earned an Academy nod is Charlie Kaufman and Duke Johnson’s stop-motion meditation on loneliness and companionship, “Anomalisa.”

The current batch of contenders vying for a spot in the final five nominees feature multiple examples of storytelling with emotional substance tackling adult issues with idiosyncratic visual flair.

Previously nominated for the fantasy family saga ‘Mirai’, Japanese director Mamoru Hosoda rekindles his interest in the online lives we lead – a subject he broached in ‘Summer Wars’ (2009) – with the moving, powered by music, digital fairy tale “Belle” (in theaters January 14).

Borrowing tropes from Disney’s 1991 “Beauty and the Beast” but repurposed to suit its vibrant aesthetic, Hosoda constructs a virtual universe known as U, where people coexist as avatars with bright colors suited to their physical traits and personalities.

With touching seriousness, “Belle” confronts the lack of communication between parents and children, as well as the neglect and abuse committed against young people by their guardians. Yet rather than demonize the interactions we have through our internet personas, Hosoda presents this alternate mode of engagement as an avenue for heartfelt connection.

Conversely, the riveting and immersive mountaineering drama “The Summit of the Gods” (streaming on Netflix) maps out a story of dual obsession that takes place entirely in animated iterations of existing locations: Mount Everest, the Alps, Tokyo, which are no less remarkable in painterly renderings. The French-produced film (based on the manga by Jiro Taniguchi) depicts the strenuous and perilous activity as a spiritual pursuit.

Desiring to reach the highest peak in the world, lone climber Habu (voiced by Éric Herson-Macarel) has spent years preparing to accomplish it alone. At the same time, the photojournalist Fukamachi (Damien Boisseau) is looking for the camera that belonged to the real mountaineer George Mallory, who died on the north face of Everest. Their separate desires soon become inextricably linked.