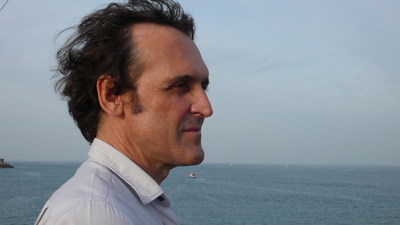 VALENCIA, Spain, May 12, 2022 /PRNewswire/ — The Berklee College of Music will present an honorary degree to Spanish composer Alberto Iglesias at Berklee Valencia’s 2022 Opening Ceremony, to be held on Monday, July 4 at 6 p.m. CET at the Auditori Superior in Arts.

Do you like cryptos and want to start trading? The eToro platform allows you to trade over 60 different cryptocurrencies!

Winner of 11 Goya Awards and four-time Oscar nominee, Mr. Iglesias will be honored for his extraordinary professional achievements, his mastery of the poetic art, his deep understanding of the symbiosis between visual and musical expressions, and for the influence of his creative work, which has inspired a whole generation of composers. Over the past five years, the Valencia campus has awarded honorary doctorates to John McLaughlin, Al Di Meola, Imogen Heap, Lila Downs, and Gilberto Gil.

This year’s opening ceremony will crown Berklee Valencia’s 10th anniversary celebrations. The event kicks off Saturday, July 2 at 10 p.m. with Berklee’s La Nit, the launch concert for Berklee Valencia, which will take place at the City of Arts and Sciences. In addition to a musical tribute to the work of Mr. Iglesias, the concert will feature singers, instrumentalists, dancers and arrangers from all over the world, from the outgoing promotion.

Originally from San Sebastian, Alberto Iglesias is one of Spain’s most revered international composers. With a wealth of musical experience, including studies in piano, composition, counterpoint, and electronic music, Mr. Iglesias has composed music for over 40 soundtracks since the early 1980s.

His collaborations with some of the most prestigious Spanish directors, including Pedro Almódovar, Julio Medem, Iciar Bollaín, Bigas Luna and Isabel Coixet, earned him worldwide fame. Additionally, he has worked with directors around the world, including John Malkovich, Oliver Stone, Fernando Mirelles and Marc Foster.

The Spanish Ministry of Culture has awarded him twice: for his outstanding contributions to the Spanish film scene (Premio Nacional de Cinematografía, 2007) and for his role in the field of music (Medallas de Oro al Merito in the Bellas Artes, 2017).

In addition to composing film music, Mr. Iglesias works in different genres of symphonic music, chamber music and vocal music. He collaborated closely with the Spanish choreographer Nacho Duato and with the Compañía Nacional de Danza to compose and produce the pieces Cautiva (1992), Tabulae (1994), Cero Sober Cero (1995) and Self (1997).

To learn more about Berklee and Berklee Valenciavisit the website: valencia.berklee.edu.

About Berklee
Berklee is the premier institute for contemporary music and the performing arts. It offers programs on its campuses of Bostonof New York and Valencia, Spain, as well as through its award-winning distance learning program, Berklee Online. Berklee’s commitment to arts education is reflected in the work of its students, faculty and alumni, hundreds of whom have won Grammy, Tony, Oscar and Emmy awards.

At Berklee College of Music and at Boston Conservatory at Berklee, students explore interdisciplinary approaches to music, dance, theater, film, business, healthcare, education, technology, and more. Our pioneering youth programs reach underprivileged classes across the United States and beyond. With students and alumni from more than 100 nations and educational partners around the world, we are forging new connections between art forms, musical traditions and technologies to build a vibrant, diverse and global arts community. collaborative. To find out more, visit the website Berklee.edu.