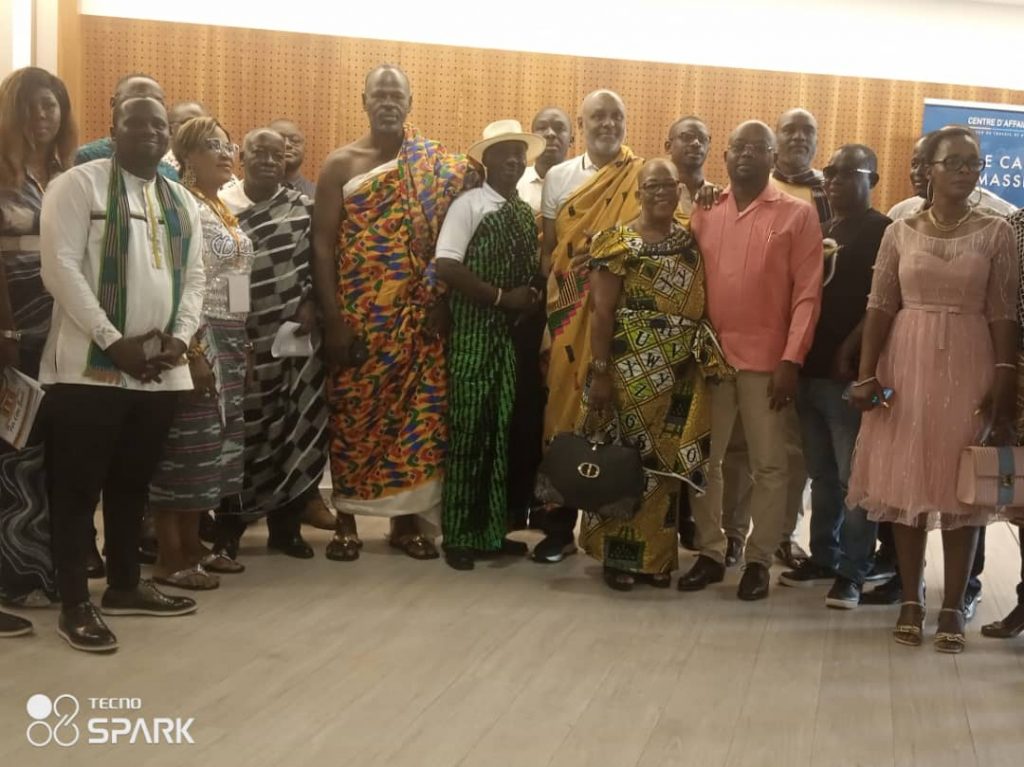 Far from being one more festival in the Ivorian cultural universe, the Baoulé people can now boast of having a Flagship activity: ”The Baoulé Culture Oscars.”

The official launch of the 1time edition was held this Saturday, October 8, 2022, at Carré Massima in Abidjan Port Bouet. According to its General Commissioner, Kouakou Kouamé “ Baoulé culture must be enhanced and placed on the national and international stage”. According to the curator, the idea for these Oscars came from the fact that ” the Baoulé language is being lost to modernization. In large cities, few people of the Baoulé ethnic group practice the language with their offspring,” he lamented.

So that this dialect does not die, these natives of central Côte d’Ivoire have decided to create this event which will seal all the frameworks and the tourist and cultural potential of ”V Baoulé”.

READ ALSO: Affair restaurant village of Ibiza prohibited to blacks: Jacqueline El Haya, owner of the place, gives her version of the facts

The Baoulé Culture Oscars will allow “ to give precedence or to distinguish executives, artists, craftsmen, etc. who performed best during the year », specifies the Commissioner General. In addition to these people to decorate, the 1time edition of the Baoulé Culture Oscars will reward the sons and daughters of the region who have distinguished themselves by the quality of their work in sectors of activity such as: health, education, planters, tourist sites, social and economic activity, arts, culture, tourism, communication etc. There will also be a beauty contest for the most beautiful Baoulé woman, Maracana tournaments, etc.

For the sponsor the Honorable Kouassi Konan Patrice, Deputy of Yamoussoukro, this commendable initiative is to be supported. Because, he says, “culture reunites and unites”. These two values ​​are dear to the Baoulé people to hear it. According to the MP, the promotion of our languages ​​is a source of wealth, which is why he also proposed to the General Commissioner ” the establishment of a Baoulé proverb competition during these festivities.

READ ALSO: Robbery of an economic operator in Adjamé: a former police student disbarred and his accomplices arrested

As for Dr. Koffi Yao Célestin, Representative of the Supreme King of the Baoulé, he expressed the will displayed by his principal to ” accompany the project until the end “. He recommends that these Oscars can contribute to ” detect the talents of the region to create a database”.

This first edition under the chairmanship of President Henri Konan Bédié will be held on November 11, 12 and 13, 2022 in Yamoussoukro. The program is as follows: 1er last October 2022 the launch was held in Yopougon, this October 8 the official launch ceremony, on November 12, 2022 the award ceremony for the winners and the following day November 13 the closing.