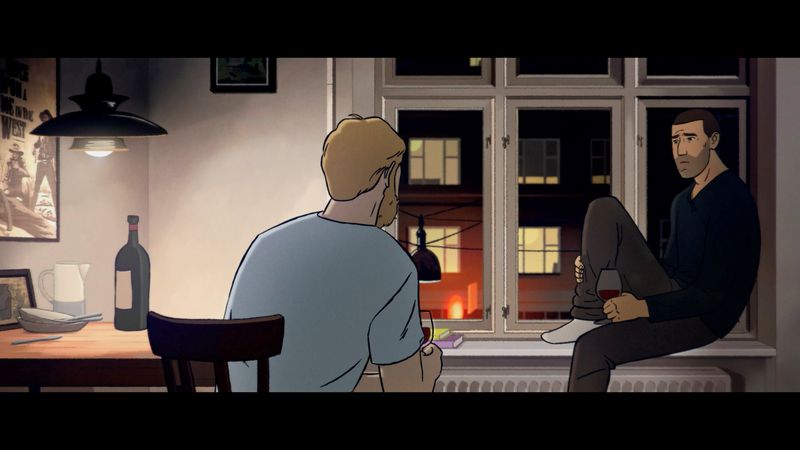 Specialized in 2D animation since 2013, it is in summer 2020 that the international animation studio Sun Creature sets up in La Cité Numérique de Bègles. Charlotte de la Gournerie, Member of the Academy of Oscars and Chevalier des Arts et les Lettres, runs the entire French subsidiary of which she is CEO.

Co-Founder and Producer at Sun Creature Studio, Charlotte de la Gournerie has a wealth of professional experience. A graduate of the École des Gobelins in Paris, she began her career at Animations Sans Frontières. In 2014, she moved to Denmark where one of her promotion friends launched the Sun Creature Studio structure. She became a partner in 2015, while continuing to work there as a producer.

Released in cinemas in France on August 31, “Flee” by Dane Jonas Poher Rasmussen, won multiple awards. Feature Film Crystal at the Annecy International Festival in 2021, Grand Prize in the Documentary Competition at the Sundance Festival the same year and nominated for the 2022 Oscars in 3 categories, Best Animated Film, Best Documentary Feature and Best Feature Film. international footage. A world first!

This animated documentary features Amin Nawabi, a 36-year-old Afghan refugee and homosexual who tells us his story with modesty. Diving into his reminiscences, he looks back on his childhood in Kabul in the 1960s, on his flight from the country during the civil war in Afghanistan and on his new life as a refugee in Denmark. A production that highlights geopolitical and societal issues that are still current and thought-provoking. In terms of budget, the film cost 3.3 million euros, or half the average budget for this type of format. This figure reflects cost control in the face of an ambitious challenge. Telling a true story in animation.

The Belgian studio is working on the production of the series “The Heroic Quest of the Valiant Prince Ivandoe”. Season 1, which consists of 40 11-minute episodes, will air on HBO Max and Cartoon Network for the month of November and will be dubbed into over 40 languages. Such a production represents more than three years of work by 300 artists! Another flagship project, the structure is working with Netflix and Ubisoft on the production of the serial adaptation of the video game “Splinter Cell”.

These various upcoming international projects will make it possible to recruit 60 new talents throughout 2023.

In recent years there has been a very strong demand from international production. How do you explain the vitality of animation in France?

France is the 3rd world expert on the animation market, after the United States and Japan. A sensitivity inherited from comics. But also for its know-how that it has been able to establish with around forty schools dedicated to animation. The intermittent status for our employees also promotes this dynamic. And we must not forget the investment of channels for ambitious independent author projects – such as Arte with “Flee” -.

For nearly five years, streamers have established themselves in the production of adult animation, and they go to France to seek out the many talents who are trained each year. It’s a real paradigm shift in animation production in France and Europe.

After more than three years, in December we will finish the production “The Heroic Quest of the Valiant Prince Ivandoe”, airing on HBO Max and Cartoon Network next November. At the rate of 6 seconds produced per day…

The adaptation of the Splinter Cell franchise into an animated series on behalf of Ubisoft allows Sun Creature France to initiate strong partnerships with studios in the Angoulême center (FOST and 2 minutes) to meet very significant and specific human resources needs, which the Bègles studio alone could not cover given the projects undertaken in manufacturing from 2023.

We will also have a feature film for Netflix and a second in co-production on which we will have at least three years of work. And there are also two short films and video game cutscenes on the schedule.

You announce the opening of 60 positions in 2023. What talents are you looking for?

We are looking for 2D animators, rather senior with preferably a good knowledge of TV paint software, 2D decorators with a fairly realistic style, and compositing heads.

>>> To apply you must send your CV and demoreel to jobs@suncreature.com

'The Pursuit of Happiness' from the first Oscar-nominated Bhutanese film
'Good Will Hunting' 25th anniversary: ​​How Ben Affleck and Matt Damon went from 'drama geeks' to mo...
Oscars 2022: spotlight on the ten films in the running for the prize for best feature film
Tweet
Share
Share
Pin
Other links: https://awardworld.net/resources/