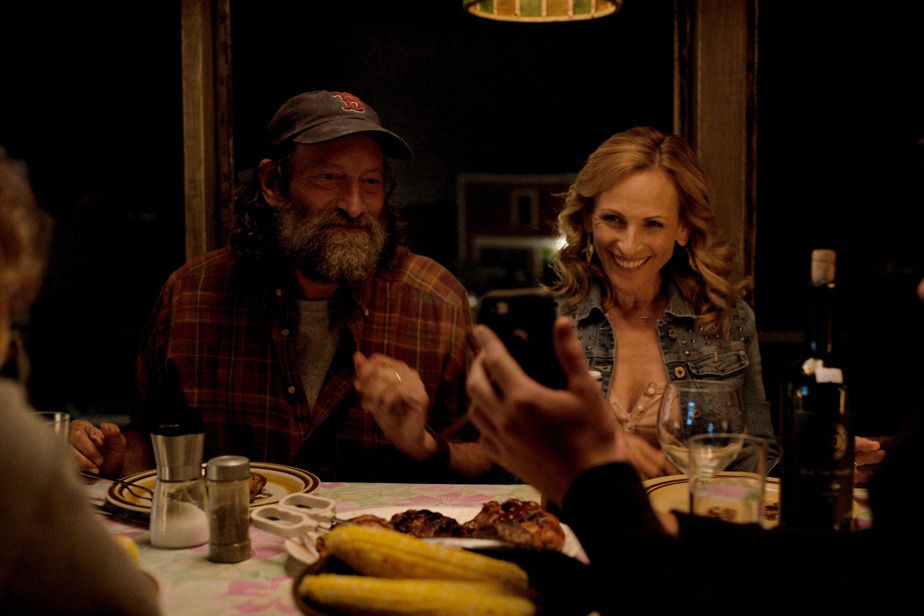 (Los Angeles) A ​​famous slap in the face relegated it to the background, but the Oscars ceremony was marked by a historic first: a film broadcast by a streaming swept the supreme award for best feature under the noses of the major traditional Hollywood studios.

Many in the movie industry believe that if Will Smith hadn’t taken the stage to punch comedian Chris Rock, the Oscar won by Apple TV+ with CODA would have been at the heart of all the conversations of professionals in the sector.

“It was clear that a service of streaming would sooner or later break through this barrier. And I think that’s a big break,” says Kendall Phillips, a Syracuse University professor and pop culture scholar. “I really think this will allow a lot more films to be taken seriously by Academy voters” of the Oscars.

From the start of the film awards season, a film carried by a video-on-demand platform seemed to have a good chance of winning at the 94and edition of the Oscars.

For a long time it was The Power of the Dog, a dark and psychological western by Jane Campion, which was given as the great favorite. This film was produced by Netflix, the oldest and most solid of the services of streaming.

A sign of the times, Netflix had joined the ranks of the influential Motion Picture Association of America in early 2019, until then made up of only historic Hollywood studios.

But he still had to consolidate this recognition of the profession with a major Oscar.

Unfortunately for Netflix, CODAa dramedy full of optimism about the life of a hearing teenager and her deaf family, made an impressive comeback and finally won this year’s Oscars.

The irruption of the services of streaming at the Oscars is relatively recent and reflects the prejudice and distrust that has long prevailed against them in Hollywood.

We had to wait until 2017 and Manchester by the Seaproduced by Amazon, for a film in sstreaming be retained in the race for the prize for best feature film.

He had been beaten that year by Moonlight.

Since then, Netflix has continued to accumulate nominations in this queen category, with for example Rome, The Irishman, Marriage Story, mank, The Chicago Seven Where Don’t Look Up.

In the past three years, Netflix has even come in clearly ahead for the number of Oscar nominations. This year alone, the platform had 27 in total, but it only confirmed one with the Oscar for best direction for Jane Campion.

Conversely, Apple TV+, launched at the end of 2019, received three awards this year (out of six nominations).

According to the specialist magazine varietyApple has spent more than $10 million on the campaign. CODAa film whose production cost 15 million.

Netflix had also deployed all its financial power for the promotion of The Power of the Dogwhich was not to everyone’s taste in Hollywood.

“Everywhere you drive in Los Angeles, you come across posters proclaiming it’s ‘the best movie of the year,'” annoyed a director on the Indiewire site. “Netflix can only blame itself” for the loss of its film at the Oscars, he continues on condition of anonymity.

Some Academy Academy voters are notoriously reluctant to vote for a movie released in streaminga format they see as a threat to traditional theaters, which they say is the best way to watch a movie.

And nostalgia for dark rooms also plays a role, especially among older people.

For Kendall Phillips, the public cares much more about content and the platforms of streaming know how to meet their expectations.

“It is increasingly difficult to determine where a film comes from, if it is the production of a service of streaming or a large studio. This boundary has probably been permanently blurred,” he notes.

This is all the more true for CODA that the film had originally been shot with a view to a theatrical release, but the pandemic upended its plans. Apple TV+ only bought it at auction after its presentation at the Sundance festival.

The filmmakers themselves pay less and less attention to this distinction.

“Netflix is ​​not what I would have liked to start with, but it is a bit like the Medici of our time,” said Jane Campion at Los Angeles Timesalluding to the Florentine patrons who financed the development of the greatest artists of the Renaissance.