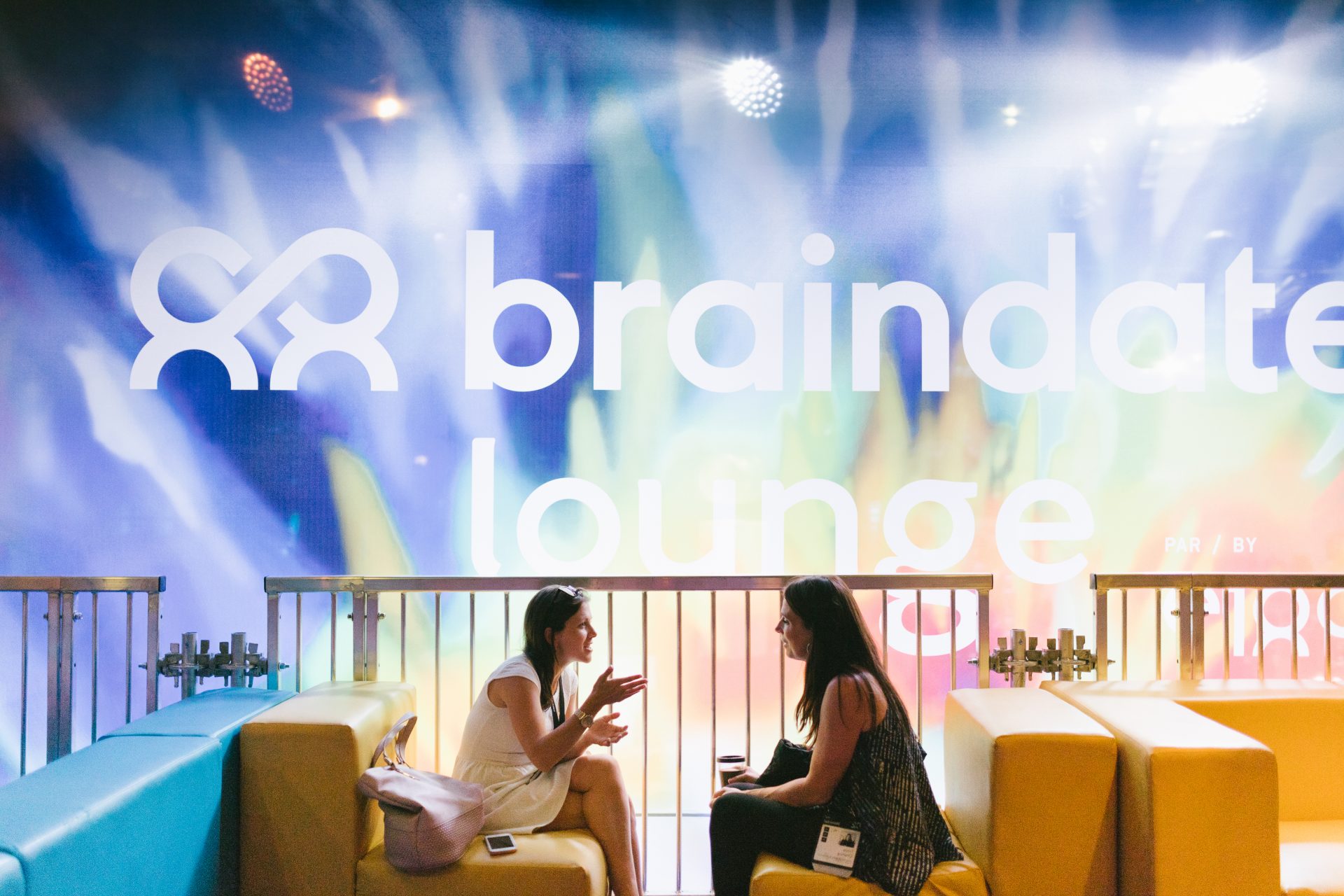 David against Goliath: Braindate, a Montreal SME at the WEBBY AWARDS, the Oscars of the Internet

Montreal-based e-180, creator of Braindate, was named in the “Best Science and Education App” and “Best Event Management App” categories at the 26th Annual Webby Awards.

Hailed as “the Internet’s highest honor” by the New York Times, Webby Awardspresented by the International Academy of Digital Arts and Sciences (IADAS), are the leading international awards organization honoring excellence on the Internet.

Past winners include business and entertainment legends such as Twitter, Google, Spotify, Instagram and National Geographic. This year, Braindate is up against NASA, Calendly, and event giant Hoppin for the top honors.

Braindate is a web application that promotes knowledge sharing conversations at events, with communities and organizations. Trusted by world-class partners, including Fortune 500 companies that want to provide their employees with more than just networking. Attendees of virtual, live, or hybrid gatherings use the Braindate platform to book individual or group discussions, from a dynamic marketplace of user-generated topics.

“It’s hard to imagine that a small social enterprise of 50 employees based in Montreal, which has never raised venture capital in an industry where it is the norm, can compete on the world stage with the best of the Internet. Winning, for us, would mean proving to the world that a small, women-led company with a social mission based outside of Palo Alto can build impactful technologies, without the billions of botox-inflated unicorns. We owe our success to Quebecers who first believed in us, whether they are customers, users or financial partners.” says the co-founder and president of Braindate, Christine Renaud.

As a nominee, Braindate is also eligible to win a Webby People’s Voice Award.

From now until April 21, Braindate fans can vote at vote.webbyawards.com.

Links to vote:
Best in Science and Education
Best in Event Management

Since its inception in 2011, Braindate has enabled nearly one million users around the world to learn from each other and form valuable connections based on common interests and challenges. Its mission is to reinvent the way people meet and learn and, in doing so, to unleash human greatness. braindate.com

About the Webby Awards:

Established in 1996, the Webby Awards this year received more than 14,300 nominations from all 50 states and 70 countries around the world. The Webby Awards are presented by the International Academy of Digital Arts and Sciences (IADAS). Webby Awards sponsors and partners include Verizon, WP Engine, Canva, Omidyar Network, YouGov, NAACP, KPMG, Fast Company, Wall Street Journal, MediaPost, Podcast Movement, TheFutureParty, and AIGA.

Braindate – A Montreal SME at the Webby Awards, the Oscars of the Internet – CTVM.info