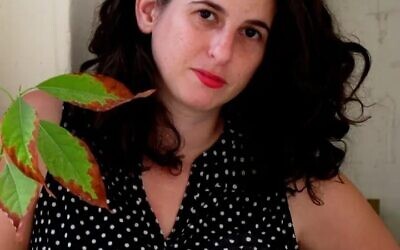 The Ophir Awards (Israeli version of the Oscars) winner ‘Cinema Sabaya’ is currently in the running, hoping to compete in the first round of the 2023 Oscars, a tall order for this low-budget film that surprised everyone with the string of prizes already received.

“I didn’t expect to win the Ophir,” said screenwriter and director, Orit Fouks Rotem, who won the award for best direction.

With actress Dana Ivgy in the role of the filmmaker who leads the workshop, “Cinema Sabaya” portrays eight (very) different women. There are two elderly Muslim mothers, some younger ones, an Israeli who lives on a boat, a lawyer and a mother from the suburbs.

As Ophir Best Picture winner, ‘Cinema Sabaya’ automatically became the Israeli selection up for a Foreign Film nomination at the 2023 Academy Awards in the USA.

But this is only a start.

Orit Fouks Rotem and the team of “Cinema Sabaya” are now in a race to try to obtain this nomination of the Academy of Motion Picture Arts and Sciences.

Like all the other countries in the running, Israel submitted the film before the November 1 deadline.

Members of the Feature Film International Nominee Selection Committee (NCC) then review eligible submissions in the category and vote by secret ballot to establish a shortlist of 15 films. It is not certain that all members of the CNC watch all the films.

A separate Nominating Committee for International Feature Films then screens the 15 shortlisted films and votes by secret ballot to determine the final five nominees in the category.

“There are 90 films in the running; 15 go up a notch in the first round,” said Orit Fouks Rotem. “It is decided by drawing lots if the members see – or not – the film at the start. »

Filmmakers like Orit Fouks Rotem often tour in the USAshowing their films, working with public relations companies and advertising in magazines such as variety.

A low-budget production like “Cinema Sabaya” doesn’t have a lot of money to promote, said Orit Fouks Rotem, noting that full-page ads in variety cost about $20,000.

“We come from the bottom of the scale, but I hope it will be like the Ophirs,” she added.

This rookie director worked on “Cinema Sabaya” for eight years, building on a women’s filmmaking course she had taught three times.

His mother had taken a course very similar to the one featured in the film, and when Fouks Rotem, then a student at the Sam Spiegel School of Film and Television, heard about the concept, it “kinda clicked and thought there was a good story there.

She loved the ‘stuff’ of the film, where all the action takes place in one room, but each protagonist’s stories come to life from the videos they make of their lives, showing all their hopes and dreams. .

“Cinema Sabaya” will be screened with English subtitles on Tuesday, December 6 at Yes Planet in Jerusalem, followed by a question-and-answer session with Fouks Rotem and Jessica Steinberg, editor-in-chief of the “Culture & Art of living” from Times of Israel.