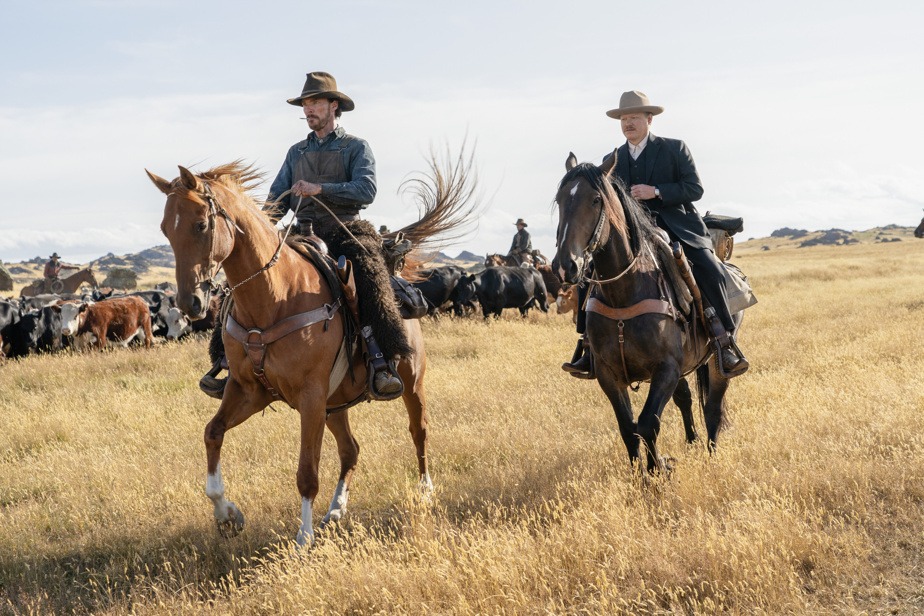 The Power of the Dog, of which Roger Frappier is one of the main producers, will very probably be often quoted at the Oscars, just like Dunes, by Denis Villeneuve. Pending the announcement, on February 8, of the complete list of finalists for the 94and ceremony of the Academy Awards, let’s play the game of predictions and try to measure the chances of the most serious candidates in seven cutting-edge categories.

Ten feature films will be selected in the premier category of the Oscars this year. It would be tempting to think that the 10 works that will have the honor of competing for the Oscar for best picture will be the same as those recently named by the Producers Guild of America. Among the feature films almost assured of a selection are Belfast (Kenneth Branagh) Dunes (Denis Villeneuve) Licorice Pizza (Paul Thomas Anderson), The Power of the Dog (Jane Campion), Tick, tick…BOOM! (Lin-Manuel Miranda) and West Side Story (Steven Spielberg). Nobody will be surprised either if the other films in the running for the PGA Award (Being the Ricardos, CODA, Don’t Look Up and King Richard) also access the cenacle. Some other productions could however obtain the assent of the members of the Academy, in particular The Tragedy of Macbeth (Joel Coen), or even Spider-Man: No Way Home (Jon Watts). It is also quite possible that an international film (Drive My Car, by Ryûsuke Hamaguchi, perhaps?) is also in the running for the prestigious statuette.

If the five filmmakers selected in this very select category are the same ones who are in the running for the Directors Guild of America Award (this happens quite frequently), a very tough race is to be expected. Participating will be Paul Thomas Anderson (Licorice Pizza), Kenneth Branagh (Belfast), Jane Campion (The Power of the Dog), Steven Spielberg (West Side Story) and Denis Villeneuve (Dunes). It is however possible that members of the Academy distinguish themselves from the Directors Guild by reserving one of the five places for a foreign filmmaker who has made a film in a language other than English. In which case, Pedro Almodóvar (Parallel mothers), Asghar Farhadi (A hero) or Ryūsuke Hamagachi (Drive My Car) could be invited to the party, especially if their film is also cited as best film.

When the names of the five actresses who are finalists in the category of best actress are announced, the greatest suspense will lie in the presence – or not – of Kristen Stewart. Absent from the Screen Actors Guild Awards race – a scandalous omission in the eyes of some observers –, the interpreter of Princess Diana in spencer was yet one of the favorites to win at least one quote. Is she still? That remains to be seen. We expect in any case that Olivia Colman, remarkable in The Lost Daughter, be invited to the ball, just like Nicole Kidman (Being the Ricardos) and Lady Gaga (The House of Gucci). Even if Respect didn’t arouse great enthusiasm when it was released, the chances of Jennifer Hudson shouldn’t be dismissed out of hand either. The singer and actress shone in the role of Aretha Franklin. It remains to be seen who of Jessica Chastain (The Eyes of Tammy Faye) or Penélope Cruz (Parallel mothers) will also have the affection of the Academy.

We almost expected that the awarding of the Oscar for best actor to Benedict Cumberbatch would only be a formality, but a certain Will Smith recently came to confuse the issue a bit. There is virtually no doubt that the stars of The Power of the Dog and of King Richard will be among the five finalists in this category. Andrew Garfield’s stellar performance in Tick, tick…BOOM! be retained, like that of Denzel Washington in The Tragedy of Macbeth. Will Javier Bardem also be cited thanks to his performance in Being the Ricardos ? Although the Spanish actor is in the running for the SAG Awards, several other noteworthy performances could also be considered, including that of Nicolas Cage in Pig, or that of Cooper Hoffman in Licorice Pizza.

Best Actress in a Supporting Role

Rita Moreno wasn’t in the running at the Golden Globes and she’s not at the Screen Actors Guild Awards either. It should not be surprising, however, that the Academy, which still wishes to maintain its own mythology, benefits from the moving presence of the nonagenarian actress in the new version of West Side Story to reserve a place for him among the finalists in this category. Ariana DeBose, who reprized the role that won Rita Moreno an Oscar 60 years ago, is sure to be cited, as will, in principle, Cate Blanchett (Nightmare Alley), Kirsten Dunst (The Power of the Dog) and Aunjanue Ellis (King Richard), unfairly overlooked at the SAG Awards. Caitriona Balfe (Belfast) should also be nominated, but the Academy will no doubt also consider the candidacy of Ruth Negga (passing).

Best Actor in a Supporting Role

From the launch of The Power of the Dog at the Venice Film Festival, the name of Kodi Smit-McPhee quickly began to circulate, his presence in Jane Campion’s film being both singular and moving. This candidacy aside, which will earn the young Australian actor an almost assured place, the race is still very open in this category. Only two other actors have indeed been cited by both the Golden Globes and the Screen Actors Guild: Ben Affleck (The Tender Bar) and Troy Kotsur (CODA). For the remaining two places, several names are mentioned, including Jamie Dorman and Ciarán Hinds, who were both in the running for the Golden Globes thanks to their performance in Belfast. Bradley Cooper (Licorice Pizza) and Jared Leto (The House of Gucci), nominated for the SAG Awards, would also be serious candidates. Others, like J.K. Simmons (Being the Ricardos), Jesse Plemons (The Power of the Dog) and Mark Rylance (Don’t Look Up), could come as a surprise.

As Rome three years ago and Parasite the following year (the first foreign-language film to also win the Oscar for best film of the year), international films could very well be cited in other categories this year as well. Among the 15 feature films still in the running for the Oscar for best international film, it is hard to see how the Academy could miss out on Drive My Car (Ryûsuke Hamaguchi – Japan), God’s hand (Paolo Sorrentino – Italy) and A hero (Asghar Farhadi – Iran). Flee (Jonas Poher Rasmussen – Denmark) also has a very good chance of making the list of five finalists, as does Julie (in 12 chapters). The English title of this Norwegian film, directed by Joachim Trier, is The Worst Person in the World. History has taught us, however, that the choices of Academy members in this category are often surprising.

Cinema | Who will be invited to the Oscars?