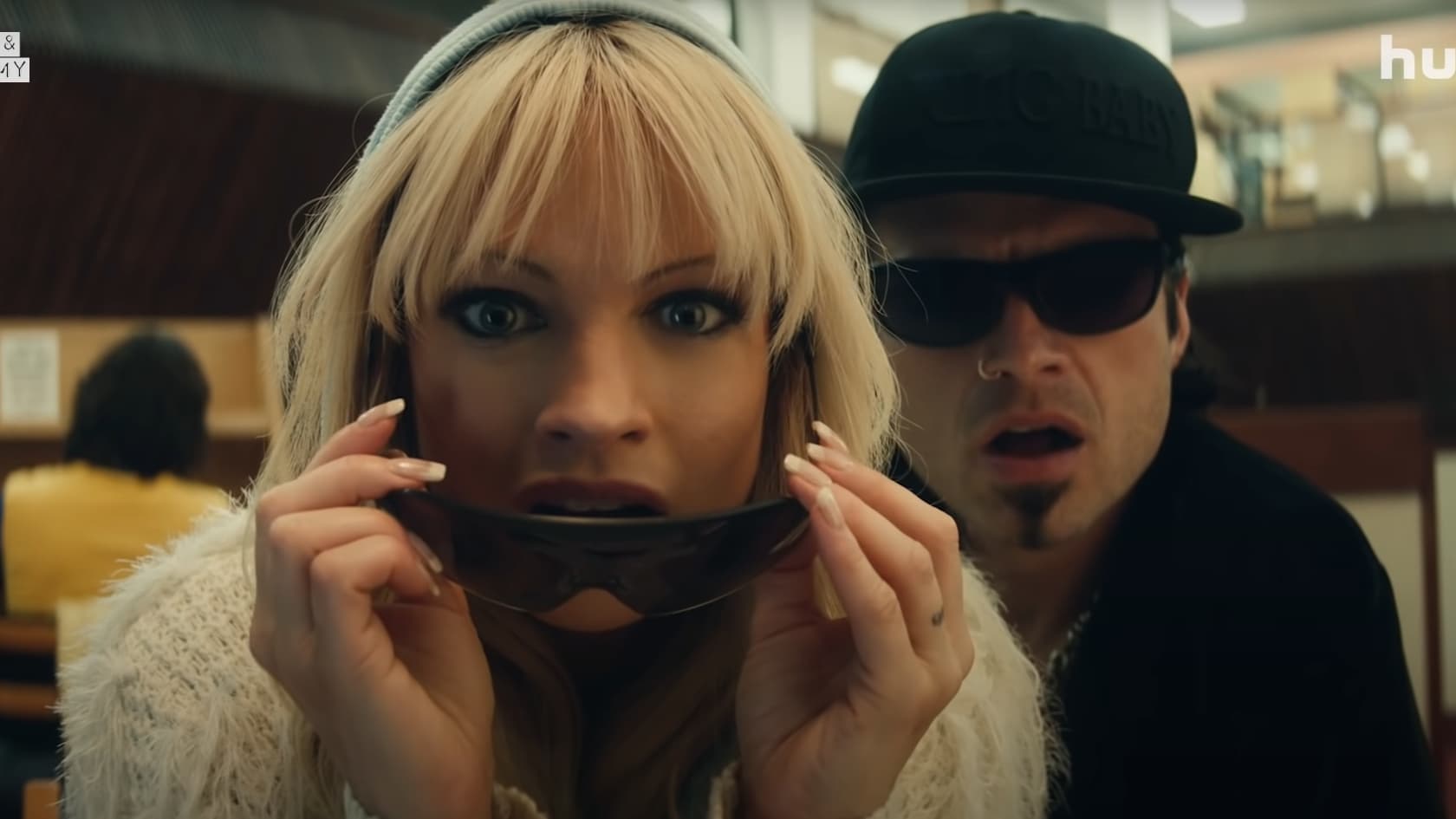 From films in competition for the Oscars to trendy series, the penis is very present today in contemporary productions. The end of a taboo?

In animatronics, in silicone or in flesh and bone… Penises are now more and more present on the screen. Omnipresent in series like Euphoriaand in many Hollywood productions, the male nude has even been invited for a few weeks in the race for the Oscars.

Benedict Cumberbatch appears naked in The Power of the Dogjust like Bradley Cooper in Nightmare Alley (in theaters since January 19) and Simon Rex in Red Rocket (in theaters February 2). Three films which hope to shine in the award ceremonies between now and the Oscars, and which rely (in part) on the “courage” of their male star to impose themselves in the competition.

Bradley Cooper thus lends great intentions to his nude scene, as he mentioned in the The Business podcast. “Because of what the film says, in order to be as realistic as possible, I had to lay myself bare”, assures the actor, before specifying that playing like this for six hours was “hard”. A well-rehearsed speech, to allow this actor, who has just received the best reviews of his career, to win the precious statuette after eight unsuccessful attempts.

But getting naked does not guarantee an Oscar, on the contrary. According to variety, the actors daring to go full nude have so far never been rewarded at the ceremony. Although he delivered two of his best performances in bad lieutenant (1992) and in The Piano Lesson (1993), Harvey Keitel was shunned by the Academy of Motion Picture Arts and Sciences. Ditto for Michael Fassbender, yet became a star thanks to Hunger (2008) and Shame (2011).

However, an actor daring to be nudity is more acclaimed than an actress (with the exception of Kate Winslet, Oscar winner in 2009 for The Readerwhere she appears completely naked).

“When a guy has a sex scene or shows his body, he gets awards and he’s raved about. But when a girl does it, that’s not what happens,” summarized this week in The Independent Sydney Sweeney, aka Cassie in the Euphoria series.

This actress known for her dramatic intensity believes that she is not taken seriously because of her many naked scenes.

Since the #MeToo movement and the arrival of intimacy coordinators on sets to oversee love and sexuality scenes, content creators seem to be more attentive to issues of fairness and strive to strip men as much than women. And stars have improvised as spokespersons for the cause.

Emilia Clarke, one of the stars of Game Of Thrones, thus called to “liberate the penis”. “I believe that the board of directors of Game Of Thrones decided that we needed more cocks!”, she had declared in the columns of Time Out. Criticized for its often gratuitous female nudity, the series Game Of Thrones waited until its sixth season to show off its first penis.

However, it remains rare to see established stars reveal their intimacy. Some did, but early in their careers: Ewan McGregor (Velvet Goldmine), Cillian Murphy (28 days later), Mark Ruffalo (In the Cut), Tom Hardy (Bronson)… Others ventured there at the height of their glory, such as Viggo Mortensen (Shadow Promises), Ben Affleck (Gone Girl) or Chris Pine (Outlaw King). Without forgetting Robert de Niro and Gérard Depardieu in 1900Vincent Gallo in The Brown Bunny and Mark Rylance in Privacy. Three films featuring non-simulated sexual acts.

Male nudity in cinema goes back a long way. This taboo was shattered in the 1970s, under the impetus of independent American filmmakers (flesh by Paul Morrissey Pink Narcissus by James Bidgood) and Italians (The Decameron by Pasolini, the Last woman by Marco Ferreri). The emergence of feminism and struggles for the rights of the gay community at the same time enabled certain filmmakers to question the traditional representation of masculinity.

In the 2000s, comedy pope Judd Apatow (40 years old, still a virgin) has made the male nude its hobbyhorse. “The penis frightens the United States and I will try to help him overcome his fear”, he explained in 2007, before to promise to show a penis in each of his films. Promise partly fulfilled. After the memorable breakup scene of Without Sarah nothing goes (2007), the Apatow productions turned out to be quite poor in penises, with the exception of Walk Hard: The Dewey Cox Story (2008) and Popstar: Famous at all costs (2016).

On the small screen, the American cable channel HBO has been instrumental in the representation of the penis on screen. The prison series oz (1997-2003), famous for its numerous scenes of nudity and male sexuality, did much to advance the debate. Then there was Rome, watch men and WestWorld. Last summer, Oscar Isaac exposed his private parts in the miniseries Scenes From a Marriage. A scene who ignited Twitter.

In Euphoria, the channel’s flagship “teen drama”, men now appear naked as often as women. An episode from the first season broke the record for penises shown on television (thirty!). And the appearance of a naked actor in a shock scene gave rise to hundreds of messages on social networks.

“Yes, that’s me in the bathroom. Not a prosthesis”, reacted the actor concerned, Ansel Pierce. “You have a lot of questions…and you’re all hilarious. The amount of TikToks, tweets, forum posts analyzing every little bit of the scene is mind-blowing. I’m dying of laughter…”

But Hollywood is not ready to completely free the penis. Britain’s James Ivory, Oscar-winning screenwriter Call Me By Your Namestrongly criticized in the Guardian director Luca Guadagnino for giving in to the demands of agents Timothée Chalamet and Armie Hammer not to strip them naked on screen. He also deplored a certain prudishness in the making of the love scenes (the camera turns away when the characters are about to sleep together), questioning the still latent homophobia of Hollywood producers.

Revenge of the Animatronic Penis

“[La prothèse] speaks to the unusual importance that continues to be given to the penis, and our need as a society to control its representation”, analyzes the academic Peter Lehman, from Arizona State University. “It keeps a certain mystique around masculinity and preserves the power of the phallus.”

A mystique particularly at work in the mini-series Pam & Tommy, evocation of the theft of the sextape of Pamela Anderson and Tommy Lee. The interpreter of Mötley Crüe drummer Sebastian Stan, who has already filmed naked in monday (2020), played with a particularly realistic prosthesis, which he considers to be one of the main characters of this program broadcast from February 2 on Disney +.

In the second episode, Tommy Lee entrusts his love for Pamela Anderson to his penis. A completely surreal discussion (the penis is dubbed in original version by comedian Jason Mantzoukas) and inspired by real events. “I would love to have had the idea, but we just adapted Lee’s autobiography,” he told variety screenwriter Robert Siegel. “I think it’s a first for television. It’s a kind way to push the boundaries. Hulu [qui distribue la mini-série aux Etats-Unis] supported us a lot.”

Hollywood does not have the prerogative of the full male nude. In France, Gaspard Ulliel dared it in Saint Laurent (2014), just like Florent Pagny in tom is all alone (1995) and Arnaud Ducret in Divorce Club (2020). The comedian, who has often ended up in Adam’s outfit at the cinema, now refuses to comply with the exercise, he confided to Current wife: “They ask me all the time in the movies, indeed, to pose naked. I’m tired of being stripped naked in the movies. I’ve been offered one again!”

Didier Bourdon also revealed everything in the black comedy Alternating custody (2017). An improvisation that makes the film memorable. “It’s wonderful that Didier does it”, enthused the director of the film Alexandra Leclère on BFM TV. “Depardieu could do it and we would find it normal. With Didier, it’s much more unexpected.”

Last September, Laurent Lafitte and Vincent Macaigne left nothing to the imagination in The origin of the world, transgressive comedy inspired by a play by Sébastien Thierry. And it’s not over. Pascal Demolon will try his hand at the exercise on May 25 in Men on the verge of a nervous breakdown, the new comedy directed by Audrey Dana. In France, as in the United States, the future of the penis on the screen looks bright.