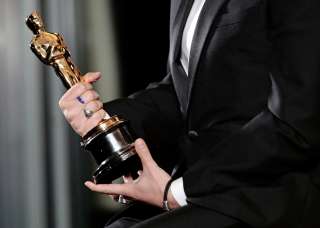 CINEMA – Like an air of deja-vu. The honorary Oscars evening, a ceremony held every year in Los Angeles, will have to be postponed due to the threat of the new Omicron variant which hovers over California, the organizers announced on Wednesday December 22.

The actors Samuel L. Jackson, Danny Glover and the Norwegian Liv Ullmann, as well as the artist Elaine May, were due to receive the prestigious golden statuettes next month rewarding their entire career during the Governors Awards, an event which attracts all the great Hollywood names.

“We have made the difficult decision to change our plans for the reception of the Governors Awards on January 15,” the Academy of Motion Picture Arts and Sciences, which awards the Oscars, said in a statement.

“Given the uncertainties around the variants and the impact they could have on our community, we believe this is the best and safest decision for the winners and our guests,” explains the Academy, which does not has not set a new date at this stage.

The Oscars maintained, for now

Last year, the ceremony was purely and simply canceled due to the Covid-19 pandemic, but the Oscars evening itself was able to take place as planned in April.

In the wake of the Academy of Oscars, the Association of American Film Critics announced the postponement of the Critics Choice Awards ceremony, prizes which were to be awarded in early January. “We are working hard to find a new date. […] which makes it possible to welcome everyone to our annual gala in safety”, declared the association.

The 2022 edition of the Oscars is not in question for the moment and is still scheduled for March 27.

The first events of the film awards season began this year in the flesh, with screenings, galas and red carpets. But several have been canceled or postponed in recent days due to the rise in contamination, such as the red carpet of the new series Star Wars, The Bobba Fett Book or the Palm Springs International Film Festival gala.

The list is likely to continue to grow in the weeks to come. California had the lowest Covid-19 positivity rate in the United States on Wednesday, 3.3%, and continues “to lead the country in vaccine doses administered,” the governor said. Gavin Newsom.

That said, the state has “recorded a significant increase in the number of Covid cases” over the past seven days, he warned, and recent data suggests that the Omicron variant has become the majority in these new contaminations.

The resurgence of the coronavirus hasn’t deterred the success of the new Marvel movie, however. Spider-Man: No Way Home, which shattered revenue records. The superhero film grossed $260 million in the United States and Canada in its first weekend of release. Since the start of the pandemic, no film had managed to reach the symbolic bar of 100 million.

See also on The HuffPost: Florian Zeller tells us about the moment he announced his Oscar to Anthony Hopkins