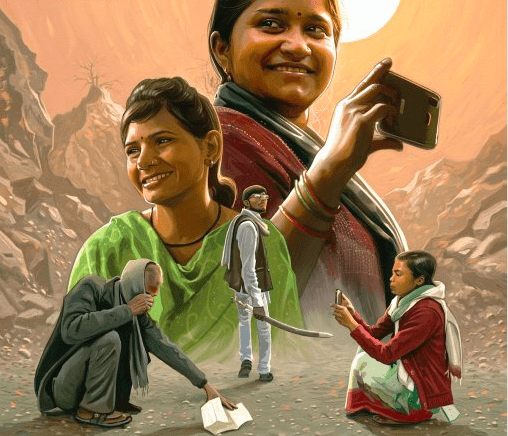 In Banda, a few hours’ drive from the Taj Mahal, Geeta Devi collects the testimony of a woman reduced to misery since being abandoned by her husband. The news of the presence of the journalist from Khabar Lahariya spread quickly and women flocked from everywhere in the hope that she would also be the voice of their grievances, in particular against the authorities, the absence of drinking water, the clogged sewers. .

Women in these rural areas also ask journalists to Khabar Lahariya to evoke, face-to-face, intimate dramas, hitherto silenced for fear of reprisals or banishment – ​​so often it is a matter of sexual harassment and violence. At the start of the film, Geeta Devi collects the testimony of a rape victim on her smartphone: “Men broke into my house while I was alone. They raped me on the 16th, 8th, 19th, 3rd and also on the 10th of January“, she says. “Did you report it to the police?asks the reporter.Yes, with my husband, but they refuse to take our complaint. These men can kill us now. I no longer dare leave my house.“And the husband adds:”We didn’t trust anyone. Khabar Lahariya is our only hope.”

When citizens demand their rights, it is up to us to convey their demands. It is our duty and our responsibility.
Geeta Devi, journalist from Khabar Lahariya

The journalist then goes to the police station. Faced with an agent who claims to know nothing about the case, she insists that the complaint be received. “For me, journalism is the essence of democracy, she explains. When citizens demand their rights, it is up to us to convey their demands to the authorities. It is our duty and our responsibility.”

All from lower castes, the journalists of Khabar Lahariya (which could be translated as “Vague d’information”), a weekly newspaper founded in 2002 in Uttar Pradesh, in northern India, covers subjects ranging from cow theft to local corruption and violence against women and abuses by the mafia, whose illegal activities endanger entire villages. Traveling the muddy roads on smashing two-wheelers, equipped with smartphones for the digital version of the publication, they bring back local information, often overlooked by mainstream Indian media.

In traditional dress and smiling, the employees of Khabar Lahariya stand up to authorities and unscrupulous entrepreneurs; without aggressiveness, but honest and preemptive if necessary, in the face of the hostility of some, they put politicians up against the wall. Their work puts crooks in jail, and forces officials to do their jobs and serve the community. And often, they act as vigilantes by their simple intervention, which is not without danger. “Sometimes I am anxious, I am afraid that someone will attack me. Especially when I’m reporting on illegal mining activity“, testifies one of them.

Women to talk about women

Journalist Geeta Devi and her colleagues belong to the community dalit, at the bottom of the implacable caste system that governs Indian society. Officially, the discrimination of those who were once called “the untouchables” is abolished, but they are still not allowed to enter temples, are not allowed in upper caste circles and still suffer stigmatization, humiliation and abuse.

The correspondents of Khabar Lahariya know better than anyone what women in general can endure in these patriarchal villages, starting with those from tribal and Dalit communities in particular, and take a wise look at rural affairs. Geeta Devi says she is proud of the treatment of information through this assumed “feminist prism”.

Just getting out of the house was a challenge. I had to fight.
Geeta Devi, journalist from Khabar Lahariya

In the beginning, no one gave dearly for the survival of Khabar Lahariya. But these committed women have earned respect at the cost of fierce determination. They are now taken seriously by the authorities and their families. “Just getting out of the house was a challengesays Geeta Devi. I had to fight so many times… My father was totally against it. He said to me: ‘you can’t do this job, it’s not for women’“. Another journalist recalls that her husband tried to force her to stay at home: “When a man is at home, how can his wife go out to work?“he argued.

“Women everywhere face the worst injusticessays a journalist from Khabar Lahariya. Sometimes I feel like being born a woman is a sin. First, she is made to feel that she is a burden on her parents. Then she becomes her husband’s slave. Her life is so fragile” In the newspaper, all held firm: they wanted to work, at all costs, and gain relative freedom: “I am expected to marry a man of my caste, with no choice left to me. But I love my freedom. I want a life without constraints. I could tell myself that I am educated, I have a job, and that I should choose who I will marry. But my choice may bring my family to shame“, continues the young woman.

The voice of the excluded

For Meera Devi, Managing Editor of Khabar Lahariya, 35, is about giving a voice to those excluded from India’s success. “When I fight for the rights of minorities, tribal people and other marginalized groups in society, when these people are heard and get justice, I am satisfied“, says this woman, passionate about her mission.

Once you give women the freedom they deserve, there’s simply no stopping them.
Meera Devi, Managing Editor of Khabar Lahariya

Born in a remote village, married at 14, Meera Devi had to fight against all odds to study until she graduated from university. She started at the paper in 2006, covering cases of cattle rustling and tragic family disputes before turning to local politics. She was able to witness the rise of Hindu nationalism in rural parts of the country. “Men here are not used to seeing powerful women, especially in a field like journalism. But we’re turning the tideshe assures. We have proven that if women are given the right opportunities, we are capable of anythingshe adds. Once you give women the freedom they deserve, there’s simply no stopping them.“.

Writing with fire at the Oscars

behold Khabar Lahariya and its writing of low-caste women find themselves in the Hollywood spotlight: Writing with firethe documentary devoted to them, was nominated for the Oscar for best documentary, awarded on the evening of 27 March 2022 (ceremony at 5:00 p.m. local time) in Los Angeles.

A few weeks ago, the couple who directed it, Rintu Thomas and Sushmit Ghosh, let their joy burst out on Twitter when their film’s nomination was announced:

Writing with fire follows the journalists of Khabar Lahariya in the course of their reports, but also of their family life and their personal journeys. It also testifies to the fears of these women of rural extraction in the face of the digital transition of the newspaper and the will and with which they overcome them, because it is necessary. As one of them said:We must succeed“. 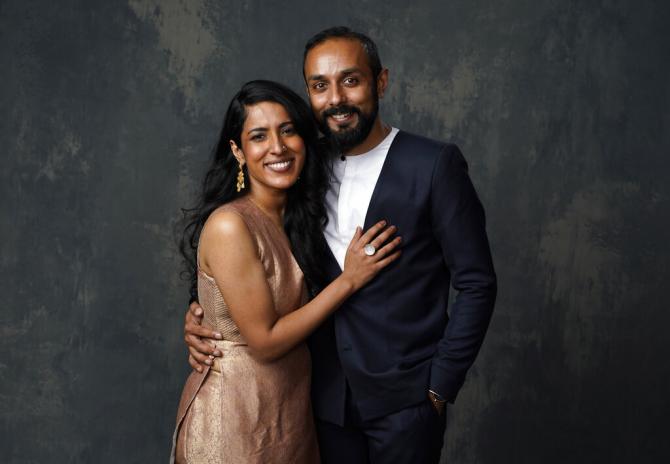 “It’s a very inspiring story, a story of women who give hopedeclared the director during the preview in Los Angeles. It’s very strong, powerful, especially in today’s world full of distrust of the media“.

Indian women, Dalits and journalists: “Writing with fire” in competition at the Oscars