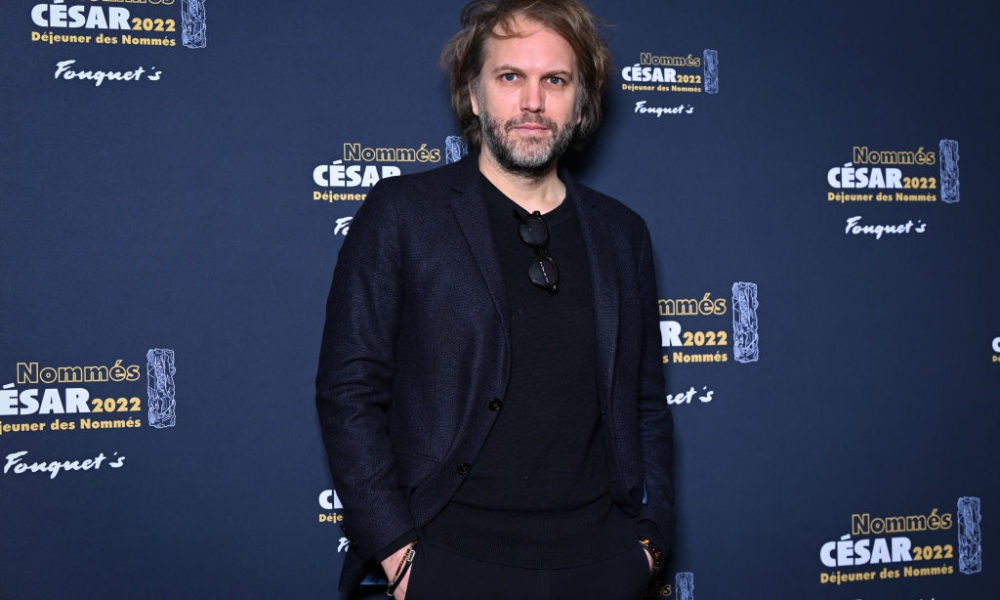 From literature to theater, from theater to cinema, with music as a companion: on the strength of two Oscars and the César for best foreign film in 2022 won for The Father, Florian Zeller is now making a name for himself in Hollywood. Meet.

A few minutes of exchanges are enough to understand that Florian Zeller, 42 years old at the beginning of this summer, is one of the most talented spirits of the French verb. And even beyond our borders, since his first feature film The Father won two Oscars. Unsurprisingly for us: in the projection room where we had the chance to watch it a few months ago, we had witnessed the birth of a director, of cinema this time. Because the theater is a territory already acquired by Zeller, who has become one of the most internationally renowned current French playwrights.

” What overwhelms me in the theater, and art in general, is this moment when you realize that you belong to something larger than yourself. We are not just individuals who cross paths with each other, but we belong to the same brotherhood of destiny. »

Did he expect to be honored by the Hollywood ceremony, with this film certainly with a dream cast, but of independent and Franco-British production? In any case, the evening was beautiful: It was slightly unrealistic because we were in a sanitary bubble in Paris, the collective imagination of the Oscars was not completely there… But we started the ceremony with the award for best screenplay and we ended it with that of best actor awarded to Anthony, for whom I had imagined this film. »

Anthony for Anthony Hopkins, who here embodies a lost old man, confronted with more and more absurd events in his daily life. The actor testifies as much to an impressive theatrical passive as to a rock’n’roll aura thanks to his memorable interventions in Psychosis and The Lord of the Lambswhich earned him his first Oscar in 1992: he is the greatest living actorsays Florian Zeller. And Anthony doesn’t need to talk for hours before shooting. For my part, I was wary of being too aware of what we wanted to tell, I wanted to abstract myself from this production work. Our challenge was to explore unfamiliar emotional territory. We know an actor by the sum of all his roles. In Anthony Hopkins, they are linked to control and intelligence. For the spectators, it is all the more destabilizing and moving to see this man fall. And this echoes what families experience in their intimacy: when we see our mother, father or grandmother become someone we no longer fully recognize. What Florian Zeller experienced up close with his grandmother when he was a teenager, and who inspired him The father, one of his most famous plays in the world, and, quite naturally, the film adaptation. This was shaped to the millimeter by Zeller, who considered the film’s apartment as one of the main characters and granted himself the freedom, by shooting in a small studio, to move the walls or the design in one night: “ When we adapt the theater on the big screen, we can be tempted by scenes outside but I decided to stay in this apartment and not give in to this temptation, so that it becomes a mental space. At the beginning, we are in Anthony’s apartment, we know his belongings, his furniture, his way of traveling in space, then the decor undergoes metamorphoses so that if we recognize him, we sense that he something happened that cannot be identified. The spectator is very intelligent, I have confirmed this with my experience in the theatre, but must sometimes let go when a piece of the puzzle cannot be found. This feeling of disorientation was essential for him to engage in the great labyrinth of memory.… »

Speaking of memory, does he remember his first artistic times, he who did not grow up in an environment where culture was the main subject? ” I remember a walk with my uncle, an amateur painter, when I must have been six years old. He stopped to contemplate the landscape and asked me: “Did you see the light? It was the first time someone alerted me to the fact that light had aesthetic value. On the other hand, my mother was very connected to the esoteric world, created links between events – therefore a narration. She had a gift for telling stories and passed on to me the reflex of looking for meaning – there was none a priori. This constituted my literary education, even if there were few books at home. »

As a teenager, he experienced serious health problems that confined him to bed. The exploration of reading then begins, and the young Florian initiates a different relationship, “more interior, more meditative in the world “. Having frequented the idea of ​​death plunges him into a panic of not taking enough advantage of the time that remains. Lightness is no longer possible. He refuses to let himself go and plunges into permanent anxiety and a bulimia of reading, from Rimbaud to Duras. In 2002, his first novel, Artificial snow : barely out of Science Po, Zeller is 23 years old and becomes the young writer that everyone tears away. We see in him a new Beigbeder, an apprentice Nicolas Rey, etc. Without warning, two years later, his first play The other achieves great success. However, this entry into the theater was made by accident: Françoise Sagan was writing the libretto for an opera and, unable to do it any longer because she was already ill at the time, recommended me to do it for her. I found myself, off the cuff, writing a libretto for the Hungarian lyrical comedy Harry Janos… and I met Gérard Depardieu. I discovered this magic of performing arts, rehearsing afternoons in a room to prepare for the miracle to come. Coming out of this adventure, I was driven by a very strong desire to explore the mystery that is theatre. The next fifteen years, I spent all my time in theaters, passionately loving actors. We know what happened next: 12 plays in 14 years, most of them translated into numerous countries. In addition, Zeller is looking forward to no longer leaving the scenes, no longer being the center of attention. This is also what attracted him to the theater after the media coverage of his first books: ” My writing being embodied by others, and not in the light, I like this quieter and more discreet place, I was not comfortable with the exposure imposed by novel writing. »

What has seduced in Zeller’s writing since his debut, and which is heard in the Oscar-winning screenplay of The Father, it is the rhythmic perennial of its verb. ” For one piece, he explains, I write a lot with actors in mind, like a composer works with an instrument in mind. And in theater as in music, structure matters. My writing is extremely simple and deliberately white as I try to weave complex narrative labyrinths. Passionate about baroque music (François Couperin), more contemporary music (Philip Glass) or composers for the cinema like Hans Zimmer, he plays guitar and piano on a daily basis. ” I have an obsessive mental structure, is he having fun. I don’t just listen to an artist, I find it difficult to appreciate him other than in an ultra repetitive mode. ” In Tea Fatherthe music of Ludovico Einaudi is considered as “ a golden thread which would make it possible to find oneself, in the form of a violin string which one has the impression that it could break at any moment “. With the late Christophe, he had forged a friendship that had led them to a ” share – more than a collaboration, specifies Zeller – around not only the music of his plays but also two songs from the album love what we are : “ We spent unforgettable evenings, talking, playing music… I loved Christophe’s extraordinary freedom, he was furiously himself, no offense to others. He had no vocation to impress, it was his deep nature. He always took a step aside from reality, which gave absolute poetry to his creation.. »

His latest novel, Enjoyment, dating from 2012, can we conclude that the romantic chapter is turned? ” I’m not getting too far ahead of my possibilities, but for the moment, no. » And to add: It’s gratifying, in life, not to be capable of what can happen. Finally, he has had a passionate relationship with the cinema for a long time: At eight years old, I grasped its full power thanks to Rain Man. I had a half-brother who was different and I didn’t have the keys to understanding him. It’s as if this film cast a different light on my own life, freeing me from anxiety and worry. From then on, I became obsessed with large American landscapes and Hans Zimmer. I would also dream of having it on my next feature film. » Which is called The Son, and turns this summer. Starring: Laura Dern and Hugh Jackman. Contrary to usual casting rules, the Aussie actor contacted Zeller himself to say he was already working on how he could portray the lead role in his play. The son. The Son en VO As for Dern, Zeller chose her among other things because she was the muse of David Lynch, whose poetic universe has always fascinated Zeller. ” Currently, this project takes up all the space. The film must live up to the emotion that goes through me when I think about it, especially since it echoes my own personal story.. »

We then guess that fiction, as often, translates a reality that is both tangible and digested, prompt to metamorphoses: “ The singularity of the theater, comments Zeller, it is his polyphonic writing where several voices clash. It’s not up to the author to say who is right or wrong, it’s up to the viewer to make their way to their own truth. No doubt because The son approaches an uninterrupted dialogue with everything I’ve experienced, I feel like I’m all the characters. Nevertheless, none of them resemble me faithfully, because the autobiographical project is not my subject. What interests me is that the spectator has the impression that we are talking about him. » AT these words, we remember a later conversation where he was asked what his definition of elegance was. He had hesitated a little, as if he didn’t dare answer, he who had once been given the label of Germanopratin dandy, before deciding on: ” A form of humility that leaves room for the other. » Isn’t Florian Zeller doing best, with his pen and now his camera? Yes, and that is where the elegance lies.