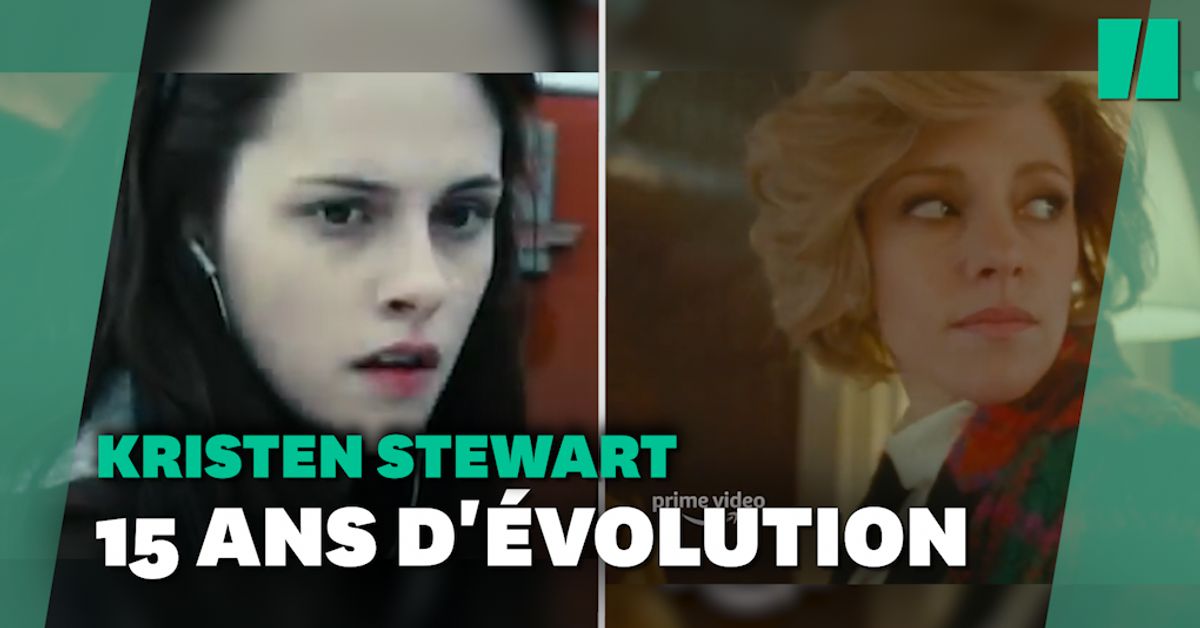 CINEMA – Kristen Stewart is one of the nominees for the Oscar for Best Actress 2022 this Sunday, March 27. She plays Diana Spencer in the film spencer and could thus win his very first golden statuette. Revealed by the “Twilight” saga in which she plays Bella Swan, the actress has evolved a lot since then, as you can see in the video at the top of the article.

If Kristen Stewart began her career in 1999 at the age of eight, it was at eighteen when the first part of the saga was released. Twilight that she is making a name for herself in the eyes of the general public. Twilight chapter 1: Fascination sold over 2.7 million admissions and remained in theaters in France for twelve weeks. The saga will remain as popular until its conclusion in 2012. The fantastic work casts Kristen Stewart in the spotlight.

In 2010, right in the middle of the saga Twilightshe is chosen by Joan Jett to play her role in The Runaways. The film is a biography tracing the life of the female rock band of the same name. Despite good reviews, The Runaways was not a commercial success and the film was largely overshadowed by Twilight in the acting career.

2012 marks a first turning point in Kristen Stewart’s career. This is the year the vampire saga concludes. That same year, she played Snow White in Snow White and the Hunter directed by Rupert Sanders. A hit at the box office as the 22-year-old actress became Hollywood’s highest-paid in the May 2011-May 2012 period, according to the magazine Forbes.

However, she will not be able to enjoy this new success for long since she is excluded from the sequel. A scandal had erupted because of her adulterous relationship with the director.

Kristen Stewart crosses the Atlantic in 2014 to join France for a while. She plays Valentine in Sils Maria directed by Olivier Assayas, with whom she will continue to collaborate in the future. Thanks to her role as Valentine, Kristen Stewart won the César for best supporting actress in 2015, during the 40th edition of the French ceremony.

The actress turns again for the French director in 2015 in the film personal shopper. She is Maureen, an American living in Paris who earns her living as a personal shopper for a celebrity and who communicates with spirits.

Kristen Stewart has been going to the Cannes Festivals for all these years and in 2018, she became a member of the official competition jury, under the chairmanship of Cate Blanchett.

She continues the roles in various feature films until My beautiful family, Christmas and me directed by Clea DuVall and released in 2020. She plays Abigail Holland, a young lesbian woman who spends Christmas with her girlfriend’s parents. The latter are conservative and are not aware of the relationship maintained by their daughter.

In the midst of a health crisis, the comedy was released only on Hulu in the United States and had settled in first place on the platform in just a week.

Fifteen years after being revealed, Kristen Stewart is now on the verge of winning the Grail. His interpretation of Diana Spencer in the film spencer allowed her to be one of the nominees for the Oscar for best actress. She competes with Penelope Cruz, Nicole Kidman, Olivia Colman and Jessica Chastain for this ceremony which takes place this Sunday, March 27 in Los Angeles.

See also on The HuffPost: At the Oscars 2022, the war in Ukraine will be in everyone’s speech

Kristen Stewart, a career from “Twilight” to the Oscars