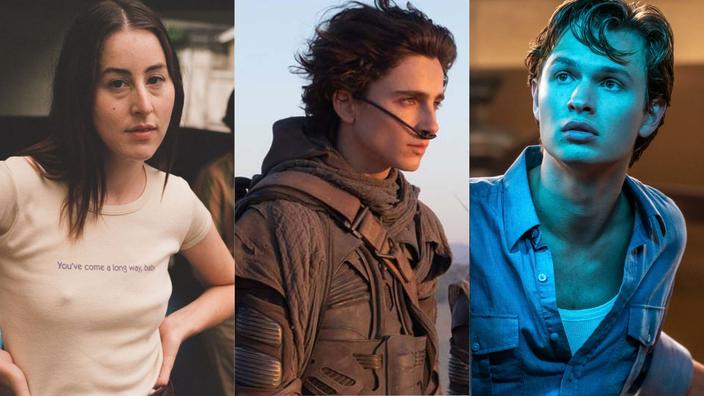 With Belfast and The Power of the Dog, five films share the status of favourites. The productions nominated for the 2022 Oscars will be revealed on February 8.

The annual race for the great cinematographic prizes is on. The space opera Dunes , the 1970s-flavored teenage chronicle Licorice Pizza and the remake of the musical West Side Story were propelled Thursday into the race for the most prestigious awards in Hollywood. The three films were selected by the unions of directors, producers and screenwriters. Thus transforming them into candidates of size for the competition of the Oscars.

Read alsoOscars 2022: the hour of glory of Will Smith, Lady Gaga, Benedict Cumberbatch or Kenneth Branagh?

The Directors Association of America (DGA) is considered by experts to be a very reliable indicator for the Oscars: 16 times in the past 18 years, the main winner has won the Oscar for best director in stride. This year, the DGA selected Kenneth Branagh to Belfast, Jane Campion for The Power of the Dog, Denis Villeneuve for Dunes, Paul Thomas Anderson for Licorice Pizza and Steven Spielberg for West Side Story.

These five films also appear in the nominations unveiled Thursday by the association of producers (PGA), which has ten titles in total. Since the creation of the PGA Awards in 1990, all films that have received the Supreme Oscar for Best Feature Film have appeared in the PGA selection, with the exception of Braveheart , the historical action film by Mel Gibson released in 1995. Among the notable absentees from the list of nominations this Thursday are The Tragedy of Macbeth by Joel Coen and House of Gucci by Ridley Scott. Fans who were hoping to see major commercial successes like Spider-Man: No Way Home (1.7 billion dollars in revenue) or the last James Bond No Time to Die were also disappointed.

Read alsoThe Power of the Dog and West Side Story awarded at the Golden Globes, shunned by Hollywood

Dunes, adaptation of Frank Herbert’s science fiction novel by Denis Villeneuve, on the other hand received a big boost on Thursday with its nominations, after being left behind in early January by the actors’ union. Licorice Pizza, which explores teenage nostalgia in 1970s Los Angeles, and West Side Story hadn’t had much better luck at the time but were held up, just like Dunes, by the Screenwriters Union (WGA).

Read alsoOscars 2022 are desperately looking for an emcee

Belfast, inspired by Kenneth Brannagh’s childhood in the heart of the Northern Irish violence of the late 1960s and the dark western The Power of the Dog were not eligible for the WGA Awards but are present in many categories for the other nominations. Hollywood’s various professional unions award their prizes every year, rewarding the most deserving works in their eyes and often paving the way to the Oscars, flagship awards that traditionally close the season.

Coincidence of a calendar still shaken up this year, the various colleges of the Academy of Arts and Sciences of the cinema, which organizes the Oscars, began to vote Thursday for their nominations. They will be unveiled on February 8. Film awards season has been extended this year by postponing the Oscars to March 27, presumably to avoid a clash with the Winter Olympics. As well as with the Superbowl, the final of the American football championship, which takes place in Los Angeles.

Licorice Pizza, Dune and West Side Story, favorites in the prize race