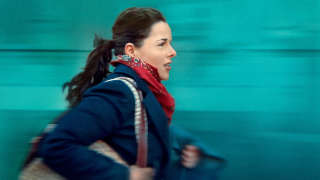 Laure Calamy, here on the poster of the film “Full Time” by Eric Gravel.

CINEMA – Five films are currently in the running to represent France at the next Oscars ceremony, which is to be held in Los Angeles in March 2023. This Thursday, September 15, the commission responsible for selecting them, which notably counts in its ranks the directors Michel Gondry and Jacques Audiard, revealed their identity.

We thus find there Full time, a film by Éric Gravel released on our screens in March. It features Laure Calamy as a single mother who struggles to raise her children in the countryside while working as a chambermaid in a hotel in the capital.

The second : The worst by Lise Akoka and Romane Gueret, a drama that tells the story of an altogether astonishing cast. It is due to hit theaters at the end of November.

Saint Omer by Alice Diop, which won the French director the Grand Jury Prize and the First Film Prize for her first fiction at the Venice Film Festival, is third on the list. Inspired by a true story of a trial for infanticide, this feature film seeks to explore “ the great universal question” of our “ relation to motherhood ».

The director until now specialized in documentaries, César 2017 for her short film Towards tendernesstold AFP during the festival that he used “ a news item of sordid appearance to go and question something much larger, which is the relationship that all women and all men have with motherhood ».

See Paris againstill in the race

Also in the running is Alice Winocour’s latest film, See Paris again. In cinemas since September, it follows the daily life of Mia (Virginie Efira), three months after surviving a terrorist attack in a bistro.

If her physical scars are closing, she has still not managed to resume the course of her life and only remembers the event in snatches. She then decides to return to the scene of the tragedy and do a work of introspection alongside, in particular, other survivors including Thomas (Benoît Magimel) who would have preferred to forget the smallest details of this night engraved in his head. .

As for the fifth, it isA nice morning by Mia Hansen-Love. Melvil Poupaud and Léa Seydoux share the poster for this romance, which is due to see the light of day on October 5.

While the name of the successor of Titanium must be given on September 23, the commission supposed to determine it was reformed in July. Previously composed of nine members with voting rights, it is now made up of as many jurors, but only seven of them can vote.

French directors Michel Gondry and Jacques Audiard, appointed by Culture Minister Rima Abdul-Malak, are accompanied by five other film personalities: two exporters (Hengameh Panahi and Grégoire Melin), the communication director of Gaumont (Ariane Toscan du Plantier) and two producers named Didar Domehri and Philippe Rousselet. The latter produced Codawhich won the Oscar for best film in 2022. The presidents of the CNC and Unifrance will attend the two reflection meetings, but simply as observers and without a deliberative voice.

The initiative would follow frequent criticism, according to which the films first presented at the Cannes Film Festival do not necessarily have the best chances of going far in the race for the Oscars. Some believe, for example, that The Event of Audrey Diwan would have done better to represent France than Titanium This year.

One of these five films will represent France at the Oscars