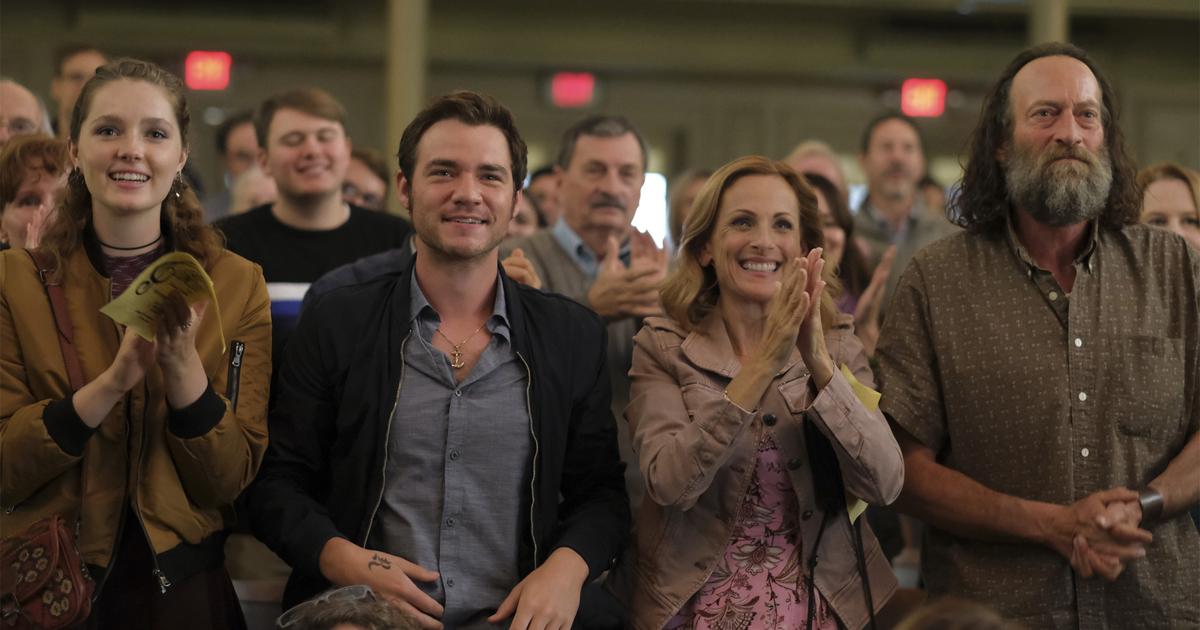 The producer Pathé has obtained a temporary visa allowing him to distribute, for 48 hours on Saturday and next Sunday, the film broadcast on Apple TV+.

First feature film from an SVOD platform to win the Oscar for best film, CODAthe remake of The Aries Family, has never been able to have the impact of its original in France. Unlike in the United States or England where a few theatrical screenings were organised, Sian Heder’s Franco-American drama was only available to subscribers of Apple TV+, which acquired CODA at Sundance. The online launch of the film in the summer of 2021 was done at low noise.

Read alsoOscars 2022: The Triumph of Coda brings Apple TV+ into the big leagues

But the triumph on March 27 at the Oscars of CODA who won the three statuettes for which he was in the running and blew the king trophy to the favorite The Power Of The Dog by Jane Campion, was a game-changer. To give French cinephiles the chance to discover this inspired and militant transposition, the co-producer Pathé has obtained a temporary visa from the CNC allowing him to distribute, for 48 hours on Saturday and next Sunday, the adventures of Ruby Rossi and his deaf parents in the stricken fishing port of Gloucester.

Based on the French film, CODA will be screened in 120 French cinemas. The cinemas from the Les Cinémas Pathé Gaumont circuits – the majority in the operation – CGR, Kinepolis and Grand Ecran, will participate, as well as a certain number of independent arthouse cinemas, in Paris and in the provinces. Around 300 sessions are expected to take place.

Pathé preferred this option limited to two days to the possibility of organizing a number of screenings not exceeding 30 in the same film week and without any time limit.

Pathé explains that it wished, through these screenings of April 23 and 24, “organize an event to honor the French producers of CODA (Philippe Rousselet, Fabrice Gianfermi, Patrick Wachsberger and Jérôme Seydoux, editor’s note). The film was not planned at all in theaters at the start, it was really the Oscars that were the trigger“. In addition to the statuette for best film, CODA also left with the trophy for best supporting role for Troy Kotsur, a marvelous gruff and tender patriarch who couldn’t be more creative in his sign language, and the trophy for best adaptation (in front of dune and The Power Of The Dog!).

Dedicated subtitles for the deaf and hard of hearing

Contrary to The Aries Family which employed hearing actors (Karin Viard and François Damiens) who abused sign language, CODA has recruited pillars of the deaf artistic community, who are immensely popular, and has offered an unprecedented and historic platform for disabled talent. As Ruby’s mother, Marlee Matlin, an Oscar winner thirty-five years ago for The Children of Silence, and a fierce advocate for representation and accessibility. Veteran of theater in sign language (ASL), Troy Kotsur, 53, who slept in his car during his years of hardship, charmed by his career.

Read alsoCoda: the Hollywood fairy tale of the remake of The Aries Family

Seeking maximum authenticity, making a more political rereading, Sian Heder worked on his script with ASL interpreters and encouraged his actors to be very expressive and inventive about the way of signing, returning to the basics of silent cinema. To respect this commitment, the screenings of April 23 and 24 will offer subtitles dedicated to the deaf and hard of hearing.

Oscar for best film and remake of La Famille Bélier, CODA will be briefly released in French cinemas