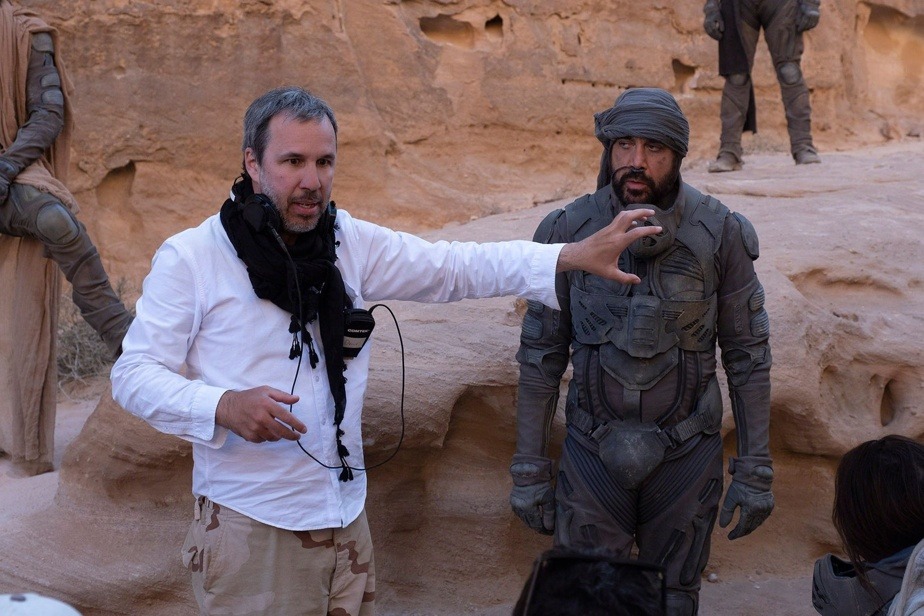 Dunesby Denis Villeneuve, is cited 10 times at the Oscars, closely following the great favorite, The Power of the Dogone of whose main producers is Roger Frappier and who won 12 selections.

The film adaptation by Denis Villeneuve of the famous novel by Frank Herbert is in the running for the Oscar for best film, but was finally excluded from the category of best director, to everyone’s surprise. It is not unusual for a film to be selected in the queen category without also being selected in the category of best director, but the phenomenon is still rare for a production collecting so many selections.

The filmmakers selected in this category are Kenneth Branagh (Belfast), Ryūsuke Hamaguchi (Drive My Car), Paul Thomas Anderson (Licorice Pizza), Jane Campion (The Power of the Dog) and Steven Spielberg (West Side Story).

Denis Villeneuve nevertheless collected an individual honor by being cited, with his co-screenwriters Jon Spaihts and Eric Roth, in the category of best adapted screenplay.

In a written statement sent to the media, he nevertheless said he was “extremely proud” of the 10 selections of Dunes.

” Since Fires, the tradition is to make pancakes just before the announcement of the Oscar nominations to deflect the stress. This morning, I can say two things: First, I am extremely proud of my team which received 10 nominations, including Best Picture, which I share with Mary Parent and Cale Boyter and Best Screenplay (Adaptation) with Jon Spaihts and Eric Roth. I congratulate them, as well as Hans Zimmer, Joe Walker, Greig Fraser, Patrice Vermette, Zsuzsanna Sipos, Paul Lambert, Tristan Myles, Brian Connor, Gerd Nefzer, Jacqueline West, Bob Morgan, Donald Mowat, Love Larson, Eva von Bahr, Mac Ruth, Mark Mangini, Theo Green, Doug Hemphill and Ron Bartlett for their well-deserved nominations. Thanks also to all our actors who helped me realize my old dream. Finally, big thanks to the Academy for the honors and to the teams at Legendary and WB. Second, make sure you put enough eggs in the batter, our pancakes were a disaster. »

Patrice Vermette is thus in the running in the category of best artistic direction. For the Quebec craftsman, this is his third Oscar selection, after The Young Victoria in 2010 and Arrival in 2017.

A great moment for Roger Frappier

Joined by The PressRoger Frappier spoke of a “moment of happiness”.

“It’s hard to describe what it feels like. It’s like training before arriving at the Olympics to see if we make it to the final. Twelve nominations is exceptional and we didn’t expect to be the most nominated film. In any case, I’m living a great moment, ten years after having read Thomas Savage’s novel and having wanted to make the best possible film out of it. At this stage of my life and my career, I could hardly have imagined living such a moment! »

Having produced Denis Villeneuve’s first films, the producer also had a thought for the Quebec filmmaker.

I do not understand why Denis is not nominated in the category of best director. But really not. It was my disappointment [mardi] morning. I am very happy with the 10 selections that Dunes obtained, but the fact remains that the soul of the film is him.

“He succeeded where two great filmmakers [Alejandro Jodorowsky et David Lynch] failed trying to bring Frank Herbert’s novel to the screen. It’s incomprehensible. I also called him to tell him how saddened I was. We have great respect for each other and I know he is as happy for me as I am for him. »

Shunned at the Screen Actors Guild Awards and the Bafta Awards, Kristen Stewart finally won an Oscar citation thanks to her performance in spencer. The other contestants are Olivia Colman (The Lost Daughter), Jessica Chastain (The Eyes of Tammy Faye), Penélope Cruz (madres paralelas) and Nicole Kidman (Being the Ricardos).

In the running for best actor: Javier Bardem (Being the Ricardos), Benedict Cumberbatch (The Power of the Dog), Andrew Garfield (tick, tick…BOOM!)Will Smith (King Richard) and Denzel Washington (The Tragedy of Macbeth).

After The Power of the Dog and Dunesthe other most prominent productions are Belfastby Kenneth Branagh, and West Side Storyby Steven Spielberg, both cited seven times.

The 94and The Academy Awards will take place on March 27 at the Dolby Theater in Los Angeles.