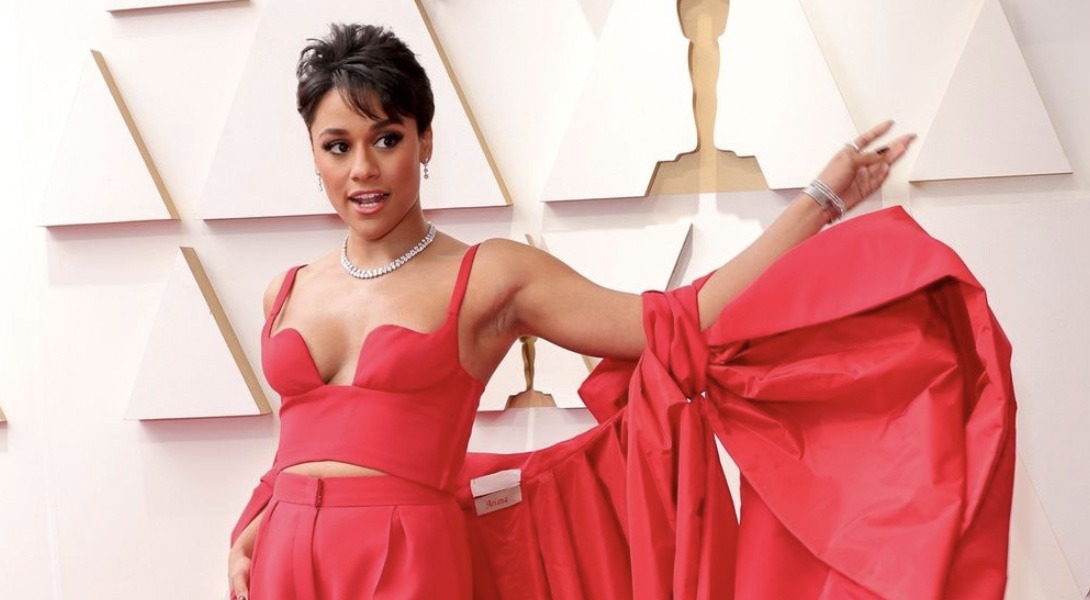 In addition to Will Smith’s already famous slap in the face of Chris Rock, the 2022 Oscars ceremony was marked by speeches and victories that are sure to delight the LGBTQI+ community: congratulations Ariana DeBose! Summary of the winners and the evening with queer sauce.

The 2022 Oscars ceremony was eventful, on the evening of this Sunday, March 27. A strong track record with Ariana DeBose, Jessica Chastain or even Jane Campion, remarkable speeches in favor of LGBTQI+ rights but also the violent slippage of Will Smith… Fortunately, the first frankly give a smile like the coronation of Ariana DeBose, best second female role for her masterful interpretation of Anita in the West Side Story by Steven Spielberg. The young woman, however, faced powerful rivals: Jessie Buckley, Aunjanue Ellis, Kirsten Dunst but also Judi Dench. Ariana DeBose is making history as the first openly queer woman of color to win an Oscar.

Moved but not speechless, the young actress spoke on the Dolby Theater stage: “You know what, now you understand why Anita says ‘I want to live in America,’ because even in this disillusioned world we live in, dreams do come true, and that’s a really heartwarming thing right now.” After paying tribute to Steven Spielberg, she wanted to salute the career of Rita Moreno. Exactly sixty years earlier, the actress won an Oscar in this same category, for this same role. The new Anita was able to speak directly to the original, seated in the audience: “You’re looking at me right now, and I’m so grateful to your Anita for paving the way for tons of other Anitas, like me, and I love you so much”.

The actress also expanded on what this statuette represents for the younger generations: “Imagine this little girl in the back seat of a white Ford Focus. Look in her eyes, you see an openly queer woman of color, an Afro-Latina, who has found her strength in life through art, and that’s what I believe we came to celebrate tonight. .” She then addressed those who are not yet sufficiently visible: “So to anyone who has ever questioned their identity even once, or who finds themselves living in gray areas, I promise you there really is a place for us”.

How to talk about these Oscars 2022 without quoting the eminently political speech of Jessica Chastain, crowned best actress for her first role in In the eyes of Tammy Faye. A more than convincing performance since it passes in front of Penelope Cruz, Kristen Stewart, Nicole Kidman and Olivia Colman. Jessica Chastain plays in the film Tammy Faye, the American televangelist who later became an activist for LGBTQI+ rights. She delivered an inspired speech: “We know that there are many people who find themselves confused and feel alone. […] Suicide is a leading cause of death in the United States. It touched many families, including mine and especially members of the LGBT community, who often feel out of place with their peers. We are faced with twisted legislation, which really makes us more and more divided. There is a lot of violence, hate crimes perpetrated against innocent civilians all over the world.” The actress went on to invite viewers to take inspiration from Tammy Fare’s radical love for accepting each other as we are: “I just want you to know that you are unconditionally loved for your uniqueness.”

This 94and edition was also the occasion of a bow to New Zealand filmmaker Jane Campion who received the Oscar for best director for her dark western The Power of the Dog. This is the second time that the feminist and anti-conformist director has received a statuette (after that of the best original screenplay in 1994 for The Piano Lesson), a great performance to which is added the fact that she is the third woman to win that of best director, after Kathryn Bigelow and Chloé Zhao.

Another victory for the LGBTQI community, it was director Alberto Mielgo who won the prize for best animated short film with The Windshield Wiper, which explores the theme of love from every angle. He is best known for his work on the artistic direction of Spider-Man Next Generation or on the episode “The Witness” of the series Love, Death and Robots. A victory shared with the French director Benoît Berthe Siward, who took care of the campaign to promote the short film. In 2020, the spokesperson for the Nothing to Cure collective delivered a poignant testimony to stubborn· on his recovery journey after being sent against his will by his parents to undergo “conversion therapy”.

Will Smith and Chris Rock, a male moment come

The ceremony was also marked by the altercation between Will Smith and Chris Rock. As usual, the controversial comedian, notably boycotted for his transphobia, could not help but make a joke in bad taste about the alopecia of Jada Pinkett Smith, the wife of Will Smith. The actor, in good dominant male, then went on stage and slapped Chris Rock in front of a stunned audience. “Keep my wife’s name out of your fucking mouth”stormed the actor returned to his chair.

The Full Uncensored video of Will Smith’s altercation with Chris Rock at the #Oscars pic.twitter.com/cGQ3plSEiz

Will Smith apologized as he returned to the stage to receive the Best Actor Oscar for his role as Venus and Serena Williams’ father in The Williams Method. The actor justified his action by claiming that “love makes you do crazy things”. Except that the Academy of Oscars agrees on the fact that it “does not tolerate any form of violence”. The audience was also deeply shocked by this violence on stage. Because if the behavior of Chris Rock is once again singled out, the reaction of Will Smith challenges even more, many viewers by pointing to toxic masculinity.

In a completely different mood, comedian Wanda Sykes also spoke right after Beyoncé’s opening performance of “Be Alive,” from the nominated film. King Richard. Hostess of the ceremony alongside Amy Schumer and Regina Hall, she was responsible for finishing the opening monologue and took the opportunity to take position against the violation of the rights of the LGBTQI+ community in Florida by the “Don’t say gay” law. The lesbian comedian, mother of two children with his wife, had fun repeating the forbidden word: “For you Florida people, we’re having a gay party. Gay, gay, gay!”.

Finally, Elliot Page fans were not disappointed during this exceptional evening since they were able to meet the members of the cast of Juno. The actor indeed appeared alongside Jennifer Garner and JK Simmons, in order to present the award for best original screenplay. Finally, although she did not walk away with the Best Actress statuette, Kristen Stewart still took the time to give us a little love by kissing her fiancée Dylan Meyer on the red carpet. Something to lighten up the evening!

Oscars 2022: behind the male slap that came, the pretty queer moments of the ceremony