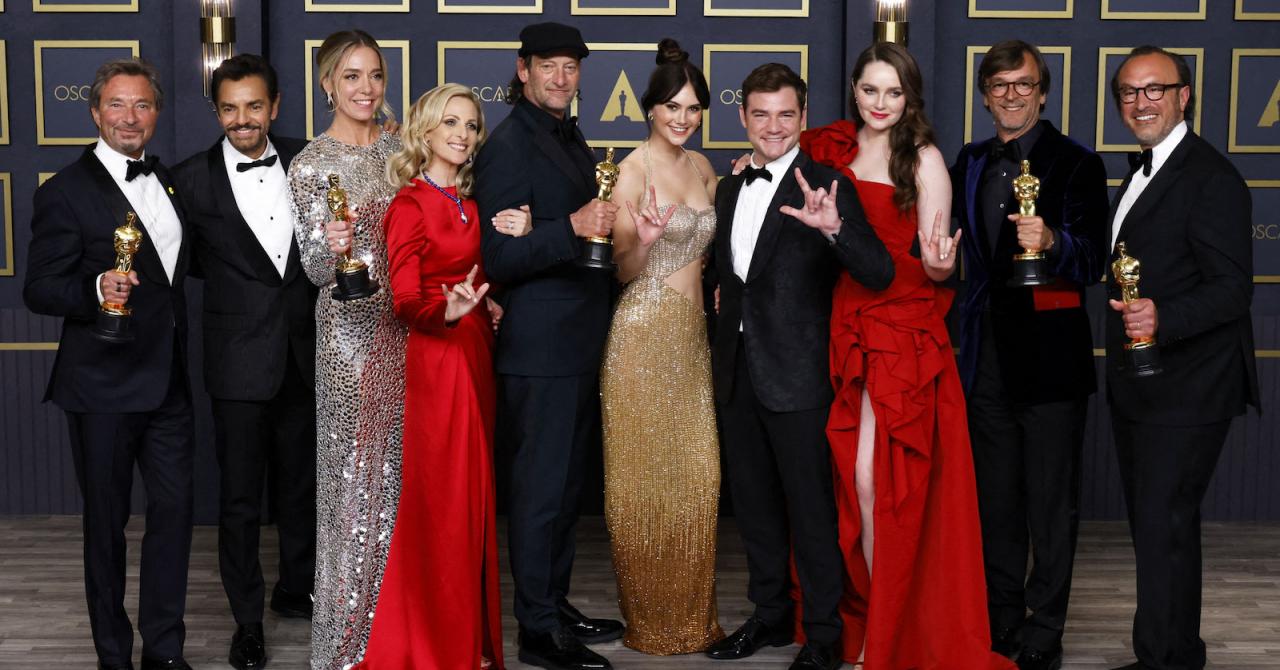 Will Smith received the Oscar for best actor after hitting Chris Rock!

5 years after the misunderstanding Moonlight/La La Land (Warren Beatty and Faye Dunaway had announced the wrong winner), the Oscars were marked by a new incident that will go down in the annals of the ceremony. While the duel CODA/The Power of the Dog ended with a sharing of the two main trophies (Oscar for best film for the remake of The Aries Family and Best Direction for Jane Campion), Will Smith won him the Oscar for Best Actor for The Williams Method after hitting Chris Rock (!) who had just made a bad joke about the alopecia of his wife, Jada Pinkett Smith.

During his speech, Will Smith, with tears in his eyes, explained that he was under pressure and apologized to The Academy (“I hope to be invited back“). One “damage control” full of emotions. Nevertheless, the scene will leave traces. She clearly threw a chill on the evening, spoiling a bit the tribute to Godfather which followed, with the reunion of Francis Ford Coppola, Al Pacino and Robert de Niro on stage. It also risks eclipsing the prize list in the media. Too bad for CODA, the beautiful story of its 2022 Oscars, which won three awards in total with the best film, which French producers Fabrice Gianfermi, Philippe Rousselet and Patrick Wachsberger came to receive, the adapted screenplay for Sian Heder (also a director) and the best actor in a supporting role for Troy Kotsur. Three awards that were greeted with (silent) applause in sign language from the audience.

What happened between Will Smith and Chris Rock there? 🤔 #Oscars pic.twitter.com/lYznPBZyd0

Overall, the latest predictions turned out to be correct. Jessica Chastain was crowned best actress for In the eyes of Tammy Faye. Ariana DeBose won the Oscar for Best Supporting Actress for West Side Story by Spielberg, 60 years after that of Rita Moreno who played the same role in the original film by Robert Wise and Jerome Robbins. Dunes walked away (among others) with the best cinematography and the best special effects, Ryūsuke Hamaguchi, the best foreign film for Drive my Car and Encanto, the best animated film. We expected less, on the other hand, than Kenneth Branagh wins the best original screenplay for Belfasthis very first Oscar!

The ceremony will also have been a success in terms of musical sequences. Beyoncé got the ball rolling epically performing the song “Be Alive” of The Williams Method live from the Compton tennis courts where the Williams sisters trained. The two songs ofEncanto set fire, especially “Let’s not talk about Bruno”and Billie Eilish delivered a vibrant performance of “No Time to Die”which won the Oscar for Best Original Song.

The superb opening of the Ceremony of #Oscars.

Beyonce performs “Be Alive” (“The Williams Method”) from the Compton tennis courts where Venus and Serena Williams trained 🎾 pic.twitter.com/WaAvrwTY4Z

On the presentation side, the trio formed by Regina Hall, Amy Schumer and Wanda Sykes delivered, with some seriously funny moments, but ultimately the best jokes came from the crowd-chosen Oscars. Area where Zack Snyder did a double whammy with the Flash scene in Justice League leading the #OscarsCheerMoment votes and Army of the Dead who did the hair Spider-Man: No Way Home at the post for the #Oscarsfanfavorite. Not sure that the Academy will renew the experience…

Will Smith in The Williams Method (WINNER)
Javier Bardem in Being the Ricardos
Benedict Cumberbatch in The Power of the Dog
Andrew Garfield in Tick, Tick… Boom!
Denzel Washington in The Tragedy of Macbeth

BEST ACTOR IN A SUPPORTING ROLE

Will Smith wins the#Oscar for the best actor for his role in “The Williams method” and we have tears with him 🥺🖤 pic.twitter.com/wS04NyStJ9

Sian Heder for Coda (WINNER)
Ryusuke Hamaguchi and Takama Oe for Drive my Car
Jon Spaihts, Denis Villeneuve and Eric Roth for Dunes
Maggie Gyllenhaal for The Lost Daughter
Jane Campion for The Power of the Dog

Encanto (WINNER)
Flee
Luke
The Michells vs. The Machines
Raya and the last dragon

Dune (WINNER)
Don’t Look Up
The Williams Method
The Power of the Dog
Tick, Tick… Boom

Dunes (WINNER)
Free Guy
No Time to Die
Shang-Chi and the Legend of the Ten Rings
Spider-Man: No Way Home