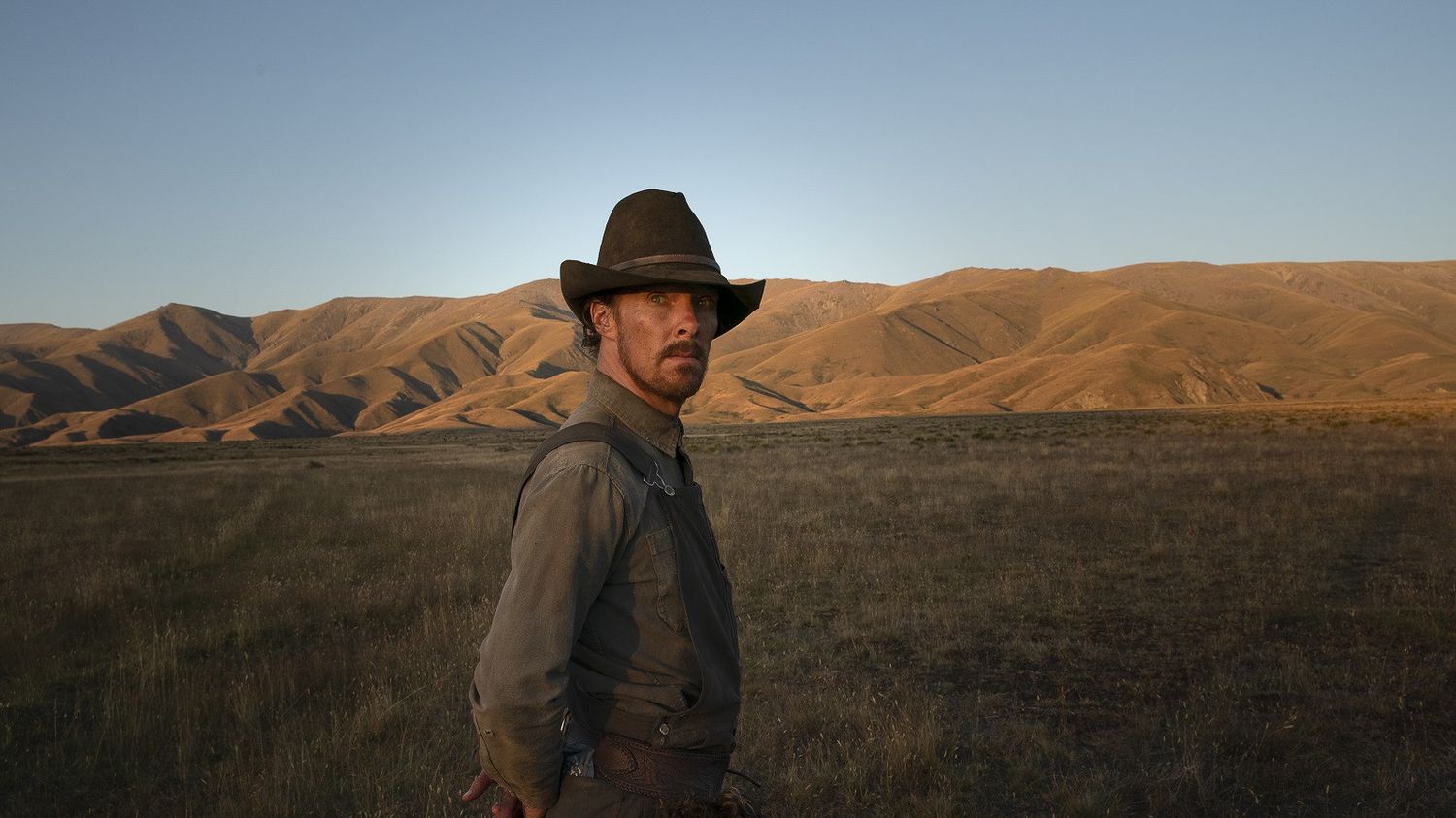 Highlight of the evening, the Oscar for best film will be awarded to one of the ten feature films in the running. Between dark and psychological western, Japanese meditation on mourning, musical comedy or epic space opera between desert and giant worms, the voters of the Academy of Cinema Arts and Sciences who award these trophies were spoiled for choice for the 94th edition. .

Here are the films in the running, in alphabetical order to avoid making anyone jealous:

Shortest and most intimate film among the candidates, Belfastinspired
to Kenneth Branagh through his childhood in the Northern Irish violence of the late 1960s, has long been considered one of the heavyweights of this edition. He describes these “troubles” which are tearing Catholic and Protestant communities apart from the point of view of a nine-year-old boy whose daily life and peaceful working-class neighborhood are suddenly turned upside down by this outbreak of violence.
Buddy doesn’t quite understand what’s going on on his street but one thing is clear, he doesn’t want to leave the only place he’s ever known and where he has all his friends. Belfast won a respectable number of awards this season but seemed to have lost some of its momentum heading into the Oscars.

Another intimate family drama, CODA follows a high school student, Ruby, a hearing girl
of a modest family of fisherman whose all the other members, the parents and the brother, are deaf. The film is an adaptation of the French hit The Aries Family but unlike the original, in this remake the main roles are played by professional actors who are actually deaf too. Many dialogues are in sign language, which the actress playing Ruby (Emilia Jones) and director Sian Heder learned for the occasion.

Celebrated for this authentic portrayal of disability, CODA has also seduced a growing number of viewers with its emotional charge and the complexity of the relationship that Ruby maintains with her family, very loving but totally dependent on her to interact with the world of hearing people. Still considered a small minnow in recent weeks, CODA slowly established itself as a potential winner by successively winning the American Actors Union (SAG Awards) and then the Producers Association (PGA) award.

A scathing parable about the climate crisis, Don’t Look Up: Cosmic Denial East
undoubtedly the film which aligns this year the greatest number of stars. Leonardo DiCaprio, Meryl Streep, Jennifer Lawrence and Ariana Grande are among the stars who risk being wiped off the face of the Earth by a comet hurtling towards our planet, in near-general indifference.

The Adam McKay-directed film was one of the most watched in history on the
Netflix platform but its acerbic criticism of the passivity of our society and
of the incompetence of political leaders received a mixed reception.

With nearly three hours of footage, the Japanese drama Drive My Car is the longest running film in the category, a slow and subtle work on grief and mourning inspired by three short stories by Haruki Murakami. Drive My Car won over moviegoers, garnering numerous awards from professional critics, and confirmed that subtitles are no longer an obstacle in Hollywood, like the South Korean film Parasite had already shown it two years ago by being crowned at the Oscars.
Ryusuke Hamaguchi’s film should win in the category of best international film but seems to have little chance for the Oscar for best feature film.

The epic science fiction fresco is the financial heavyweight of this edition: it collected more than 400 million dollars at the global box office, against 220 million in total for its nine opponents combined. Conceived from the start by director Denis Villeneuve to include a second part, Dunes faithfully resumes the plot of the first part of the novel written by Frank Herbert in 1965.

In this interplanetary saga, aristocratic families and unscrupulous potentates compete for control of “spice”, a mysterious mixture essential to space travel but which only grows on an inhospitable planet, entirely covered in burning sands and traversed by fearsome giant worms. The film is mainly selected in technical categories (special effects, sets, photography, etc.) and suffers from a major handicap: no work of science fiction has yet triumphed at the Oscars since their creation in 1929, despite phenomena like 2001, a space odyssey or the saga Star Wars.

The Williams Method is a biopic about the incredible rise of tennis champions Serena and Venus Williams, starring the ever-popular Will Smith as their coach father Richard. This winning cocktail won over a large number of fans. Will Smith has a performance full of nuances in a film that focuses more on this extraordinary family than on the simple sporting exploits of the Williams sisters, and at the same time avoids many clichés.

If it does not triumph in the category of best feature film, The Williams Method at least has a good chance of giving Will Smith an Oscar.

Paul Thomas Anderson, the screenwriter-director behind There Will Be
Blood and Boogie Nights, is one of the darlings of Hollywood. In his latest film, he pays homage to the San Fernando Valley where he grew up, in the north of Los Angeles, with the red thread of an improbable encounter between a young woman who is a bit lost and an enterprising high school student. Exploring a series of retro postcards from the 1970s, Licorice Pizza offers a collection of slightly rambling, dreamy, nostalgic and neon-lit sketches, but which, even for fans of Paul Thomas Anderson, is not quite on the level of his previous films.

Another film by a renowned filmmaker who does not keep all his promises, Nightmare Alley certainly manages to suck the viewer into a macabre carnival atmosphere with a neat and stylish staging. But this very dark film directed by Guillermo del Toro, about a mentalist who uses his tricks to defraud rich clients, should not repeat the exploit of the previous film by the Mexican director, The Shape of Waterwho had triumphed at the Oscars.

Since its presentation last September at the Venice Film Festival, the western
dark and psychological Jane Campion is considered the favorite. Adapted from a novel by Thomas Savage, The Power of the Dog depicts the harmful masculinity of cowboys unable to come to terms with their sexuality in 1920s Montana.

The film is in the running in twelve Oscar categories and has won the majority of trophies awarded by Hollywood professionals and critics. Between its stars, headed by Benedict Cumberbatch, its grandiose New Zealand landscapes, its suspenseful plot and its unspoken meaning, the film ticks almost all the boxes of an Oscar winner.

But its slow pace and ambiguities left some voters cold. However, the strange multi-round “preferential” voting system used by the Oscars for this category tends to favor consensus films, which could cost the victory to the favorite.

Steven Spielberg’s decision to make a remake of the most Oscar-winning musical had left many perplexed when it was announced.
And even though the film garnered excellent reviews upon its release, some still wonder why the legendary director made such a choice. Fan of West Side Story from childhood, Spielberg insisted on keeping the narrative in its original setting, 1950s New York. He was still careful to avoid all the cultural clichés of the original by engaging Latin American actors and by adding dialogues in Spanish, without subtitles. The performance of Ariana DeBose, who takes over the leading role of Anita, was unanimous and should earn her the Oscar for best supporting actress, but West Side Story is an outsider for the trophy for best feature film.

Oscars 2022: spotlight on the ten films in the running for the prize for best feature film