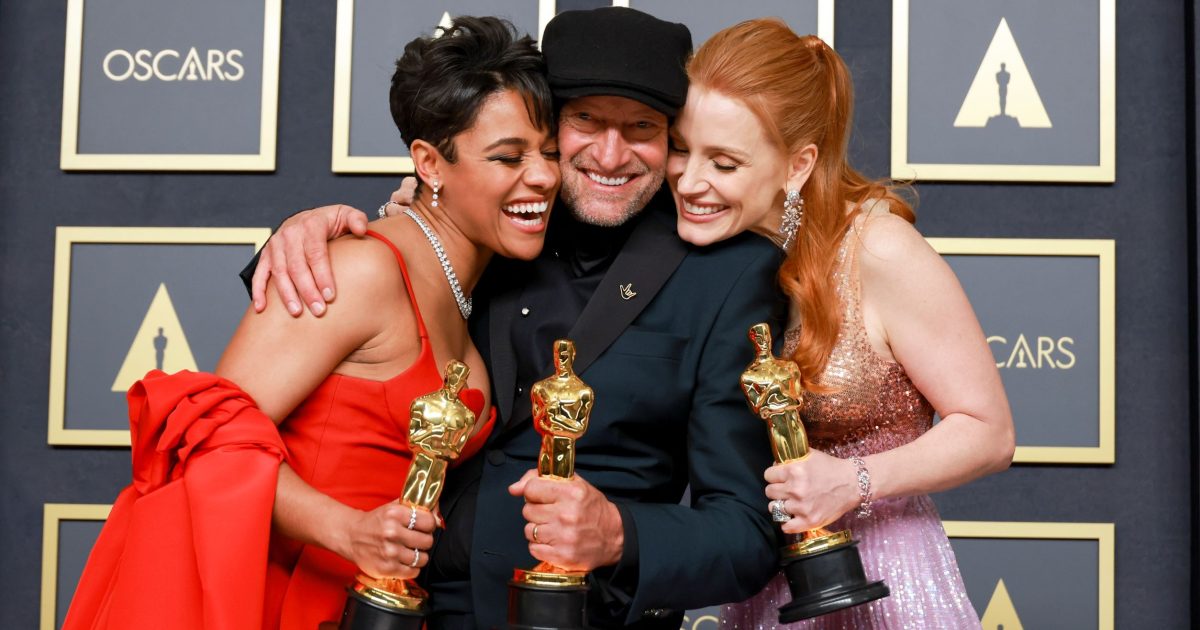 If we had to remember a single moment of the evening (apart from the slap attributed by Will Smith, which a slew of memes is already about to engrave in marble…), it is undoubtedly this one: named Best Supporting Actress for her appearance in the West Side Story Ariana DeBose, 31, is the first openly queer woman of color to win an Oscar. By accepting the golden statuette, the talented actress delivered a touching speech, in which she did not fail to pay tribute to Rita Moreno, the actress who had played the same role as her, that of Anita, in the original version of the film, released in 1961: “I am so grateful that your Anita paved the way for so many other Anitas, such as me,” she said.

Secondly, Ariana DeBose spoke about inclusivity, as well as the impact of her historic victory, as a young black and queer woman: “Finally, imagine a little girl sitting in the backseat of a Ford Focus white, she concluded. Look into her eyes and you will see an openly queer woman of color, an Afro-Latin American woman who has found her strength in art. And that’s what we came to celebrate, in my opinion. So for anyone who has ever questioned their identity or felt like they didn’t fit any box, I promise you: there is a place for us.” A moving moment, greeted by bursts of applause.

By winning the statuette awarded to the best actor in a secondary role, the 53-year-old American artist became the first deaf actor to win such a prize! Celebrated for his role in the film Codathe Franco-American remake of The Aries family, he thus enters the history of cinema. Just like the feature film from which it is inspired (which was worn by the singer Louane in 2014), the production explores the daily life of a young girl passionate about singing, the only hearing person in her family, who wishes to pursue her dream. Troy Kotsur plays Frank Rossi, the heroine’s father. His victory obviously gave rise to a great emotional moment during the Oscars, when one of the evening’s presenters, Youn Yuh-Jung, announced his name in sign language. “I would like to dedicate this award to people who are hard of hearing or disabled, and to the community of Coda, said the comedian, very moved, during his acceptance speech. This is our time.” let’s remember that Coda also won the Oscar for best feature film.

The slap of Will Smith

In a few hours, the 53-year-old actor’s outburst of violence has already operated a dozen complete tours of the web and given birth to swarms of memes. To everyone’s astonishment, Will Smith stepped onto the Oscars stage to punch presenter Chris Rock: the latter had just mentioned the shaved head of Jada Pinket-Smith, announcing that he rejoiced to see her appear in GI Jane II. However, the actress had announced, in December 2021, that she suffered from alopecia, a disease causing hair loss. Offended by the joke, Will Smith rushed to his wife’s defense, telling Chris Rock not to mention his wife’s name again.

A moment which the organizers of the Oscars would have gladly passed, but which the Web is not about to forget. The 9gag site, among others (yes, it still exists!) is particularly given to heart joy. Upon accepting the Best Actor Oscar for his role in King Richard, Will Smith has flatly apologized to the Academy for his outpouring of anger: “Love can make you do a little crazy things,” he conceded, however forgetting to mention Chris Rock in his speech. However, many voices have been raised on social networks, noting that while it is unacceptable to mock the appearance of another person, violence is never acceptable. And even less in the name of love!

Awarded for The Power of the Dog, the 67-year-old New Zealand filmmaker has become the third woman (only!) to win the title. She succeeds Chloé Zhao, who received the statuette in 2021 for the film nomadland and Kathryn Bigelow in 2010 for Minesweepers. The latter was therefore the very first female director to win this Oscar, again highlighting the under-representation of women in Hollywood. Let’s hope this continues to evolve, at a faster pace!

You can always trust Lady Gaga when it comes to putting on a show and making an impression. This year, it is alongside legendary singer and dancer Liza Minnelli, now 76, that she appeared. Dressed in a glittering costume reminiscent of her idol’s most iconic looks, Lady Gaga grabbed the mic to help the wheelchair-seated star announce the Best Picture Oscar (the title went to Coda). The moment had something very touching, knowing that Liza Minnelli had won a golden statuette almost fifty years ago, for her role in Cabaret, in 1973. “The public loves you!” exclaimed Lady Gaga to the legend, whom she supported on several occasions, when it was difficult for her to read her speech. Liza Minnelli even addressed Gaga, calling her “my baby.” The best duo of the evening!

Oscar for Best Actress: Jessica Chastain, in The Eyes of Tammy Faye

Academy Award for Best Actor: Will Smith, in The Williams Method (King Richard)

Oscar for Best Direction: Jane Campion for The Power of the Dog

Oscar for Best Documentary Short: The Queen of Basketball

Oscar for Best Hairstyle and Makeup: The Eyes of Tammy Faye

To receive the latest articles from Femina, subscribe to the newsletters.

Oscars 2022: the 5 most memorable moments of the ceremony