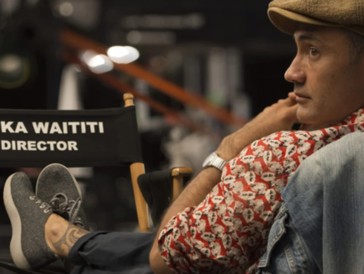 Scheduled for next March, the 95th Academy Awards will celebrate, as every year, American and international cinema. With half of 2022 already behind us, check out our 17 predictions for the 2023 Oscars.

The English-language feature film by the Swedish director Ruben Ostlund, which amazed with “The Square” in 2017, presents us with a cruise for a super-rich population that turns to disaster when the boat sinks and the survivors become trapped on an island. Presented at the 2022 Cannes Film Festival, from where it leaves crowned with the prestigious Palme d’Or, this black satire is worn by the talented Harris Dickinson, Charlbi Dean and Woody Harrelsonpreviously nominated for three Oscars.

To our review of “Without filter”

After the blockbuster “Thor: Love and Thunder”, the famous director Taika Waititi leaves the Marvel universe aside and returns to a more personal cinema. The man who gave us “Jojo rabbit” in 2019 (Oscar for best adapted screenplay) adapts a 2014 documentary on the American Samoa football team which suffered the heaviest defeat in the history of sport in 2001. A perfect setting for the New Zealand filmmaker’s own blend of drama and comedy.

More information on “Next goal wins”

In this historical drama directed by Gina Prince Bythewoodthe big one Viola Davis (Oscar for Best Supporting Actress for “Fences” and nominated three more times in her career) plays General Nanisca, embroiled in a bitter struggle against the French colonist. An epic work that, without a doubt, will continue to show the full extent of the talent of the actress.

More information on “The Woman King”

Written and directed by Andrew Dominick (“The Assassination of Jesse James by the Coward Robert Ford”, nominated for two Oscars in 2008), the feature film is inspired by the novel by Joyce Carol Oates to present the life of one of the greatest legends of cinema. If interpret Marilyn Monroe had allowed michelle williams to be selected in the best actress category in 2012, we expect no lessAna de Armas (“Knives Out”), who already dazzles with his talent in the film’s trailer.

To our review of “Blonde hair”

On the set of “The Fabelmans”
© Paps4Real/BENS/BACKGRID

Winner of three statuettes, including the prestigious Oscars for Best Picture for “Schindler’s List” in 1994 and Best Director for “Saving Private Ryan” in 1999, the famous Steven Spielberg returns with a feature film inspired by his own childhood. A dive into post-war Texas for an intimate and personal work.

More information on “The Fabelmans”

In 2009, james cameron presents “Avatar”. A sci-fi epic with breathtaking settings. A technical feat rewarded with three Oscars: best special effects, best photography and best artistic direction. Thirteen years have passed and the wondrous planet Pandora returns in this long-awaited sequel that promises to be as grand, if not bigger, than its predecessor.

More information on “Avatar: The Way of Water”

With two of his films, the Franco-American director Damien Chazelle has earned respect from the public and from the Oscars. Thus, while “Whiplash” leaves in 2014 with three statuettes, the marvelous “La la land” becomes winner of six prizes in 2016. Six years later, here it is back on the screens with a work on the background of a Hollywood in full transition to talkies. brad pitt, Margot Robbie or John Smart will be part of it.

Francophone queer cinema has a bright future ahead of it. Lukas Dhontdirector of “Girl”, presented at the 2018 Cannes Film Festival, tells us the story of Léo (Eden Dambrine) and Rémi (Gustav De Waele), thirteen years. The two boys develop an intense and close friendship which is abruptly interrupted. Troubled, Leo then tries to figure out what went wrong. A poignant film, Grand Prix of the Cannes Film Festival 2022.

To our review of “Close”

The Japanese filmmaker Hirokazu Koreeda is not his first stroke of genius and presented this year at Cannes a special tale at the heart of a subject that is dear to him: the family and adoption. For her role in the very beautiful “The Good Stars”, Song Kang-ho (already in “Parasite”) also won the prize for best actor, a performance that will not have escaped the academy.

To our review of “The Lucky Stars”.

After the acclaimed “Get out”, Oscar for best original screenplay in 2018, and “Us”, Jordan Peele returns to the screens. For his third feature film, he again calls on the British Daniel Kaluuya, Oscar for Best Actor in a Supporting Role for “Judas and the Black Messiah”. Here he plays the rancher who, with the help of his sister Keke Palmerseen in “Hustlers”, investigates the strange and supernatural events witnessed by the inhabitants of a small town in California.

To our review of “Nope”

The German director Maria Schraderknown for “I’m your man”, in selection for the Golden Bear at the 71st edition of the Berlinale, surrounds herself with actresses Zoe Kazan (“The Big Sick”) and Carey Mulligan (“Promising Young Woman”). Together, they tell the story of journalists Jodi Kantor and Megan Twohey and their investigation to bring to light the accusations of sexual harassment against the untouchable film producer Harvey Weinstein.

More information on “She Said”

New feature film by a filmmaker who needs no introduction, here is the adaptation of Martin Scorsese from the famous short story David Grann. Produced by Apple, “Killers of the Flower Moon” will unfold this singular story set in 1920s Oklahoma as a killer rages among the members of the Osage nation. The ensuing investigation will be at the origin of the creation of the FBI. And while Apple made its entry into Oscar history with great fanfare with its film “CODA”, the cast notably composed of Leonardo DiCaprio, Robert DeNiro and jesse plemons seems like holy bread for the ceremony next March.

More information on “Killers of the Flower Moon”

Last act of the theatrical trilogy of Florian Zeller started with “The Mother” and “The Father” (and transposed to the screen in 2020 with the grandiose Anthony Hopkins and Olivia Colman, and winner of two Oscars), “The Son” tackles the difficult subject of teenage depression. With his master pen, the director, screenwriter and playwright adapts his play and tackles this very special period of life, known to everyone, but forgotten by many. A work that promises to be intense and moving, driven in particular by Hugh Jackman and Laura Dern.

To our review of “The Son”

In this feature film, we follow the life of young Paul Graff (Michael Banks) in the Queens neighborhood of the 80s with his mother Esther (*Anne Hathaway*his grandfather Aaron (Anthony Hopkins), and his best friend Johnny (Jaylin Webb). A film crossed by a prestigious cast, nominated this year for the Palme d’Or at the Cannes Film Festival and inspired by the filmmaker’s own life James Gray*, director notably of “Ad Astra” in 2019 or “Two lovers” in 2008.

In the 1950s, the kidnapping and murder of Emmett Till, an African-American teenager, ended in the acquittal of his murderers. A decision that will push her mother Mamie Elizabeth Till-Mobley (Danielle Deadwyler) to fight for justice and thus become one of the great figures of the American civil rights movement. A story that promises to be poignant directed by Chinonye Chukwufor a film whose performances will certainly not lack emotion.

More information on “Till”

In this spectacularly photographed Scandinavian epic, Alexander Skarsgard plays a Norse prince seeking revenge after his father is murdered and his mother is kidnapped by his uncle. A dazzling work signed by Robert Eggersdirector of “The Witch” in 2015, whose 2019 film “The Lighthouse” was nominated at the 2020 ceremony for his cinematography.

To our review of “The Northman”

Baz Luhrmannnominated for the Oscar for best film in 2001 with “Moulin Rouge”, presents, with its latest feature film, a new musical escapade in the footsteps ofElvis Presley. In this work with explosive photography, Austin Butler dons the King’s costume, opposed to a Tom Hanks turned into a dodgy manager. A performance worthy of the actor at two Oscars – for “Philadelphia” in 1993 and “Forrest Gump” in 1994.

To our review of “Elvis”