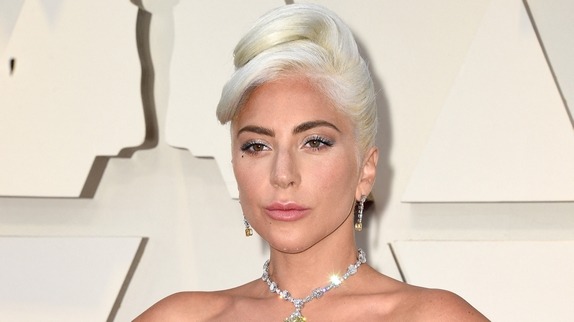 
Like every year, the list of Oscar nominees has its share of surprises and disappointments. And the 2022 edition of the ceremony is sparking some heated debate among moviegoers around the world. If the films “The Power of the Dog”, “West Side Story” and “Dune” are big favorites, some were surprised not to see Adam Driver in competition, he who we have seen three times in recent months in “House of Gucci”, “Annette” or even “The Last Duel”, whose total absence of nominations caused a reaction. Another absence is also talked about. While many said her favorite, Lady Gaga was not nominated in the Best Actress category for her role as Patrizia Reggiani in “House of Gucci”, Ridley Scott’s film. The Academy preferred the performances of Nicole Kidman, Olivia Coleman, Kirsten Stewart, Jessica Chastain and Penelope Cruz. The star was however in competition at the Golden Globes this year but she lost the award for Best Actress in a Drama to Nicole Kidman.

However, “House of Gucci” received an Oscar nomination: that of Best makeup and hairstyles for Frederic Aspiras, who will face “Dune” or “Cruella”. Good news that Lady Gaga celebrated on her Instagram account, welcoming the work of the artist with whom she has worked for the past 15 years . Frederic was magical, precise and dedicated months before shooting and during shooting. He prepared dozens of wigs for months and months, and made at least a year of preparations confesses the singer and now actress, speaking of Frederic Aspiras as a living legend : We are so grateful to be alongside your talent, your creativity and your generosity of spirit. You continue to show your artistic DNA, your plan, your vision and your deep bond with your family that drives you to excellence at all times. i love you and i support you .

Named for the first time in 2019 for her role in “A Star Is Born”, Lady Gaga had failed to obtain the statuette, won by Olivia Colman in “La Favorite”, although she was still Oscar winner for her song “Shallow “. If she is therefore not in the running this year, Lady Gaga, not vindictive, wanted to greet all the people named: Congratulations on your hard work, dedication, nominations and magic, you all deserve recognition for what has been a magnificent landscape of performances and accomplishments over the past year . For the interpreter of “911”, the actors, directors or technicians have set up feature films that have been a bubble for film lovers around the world in the midst of a pandemic period: Your dedication during Covid, your big hearts and your ability to tell incredible stories is a gift to the whole world during what is, for many, a difficult time. Congratulations my friends. Well done ! .

More about Lady GaGa on her official site and his page Facebook.

listen to and/or download Lady Gaga’s discography on Pure Charts.

Oscars: Lady Gaga absent from the nominations for “House of Gucci”, she comes out of silence