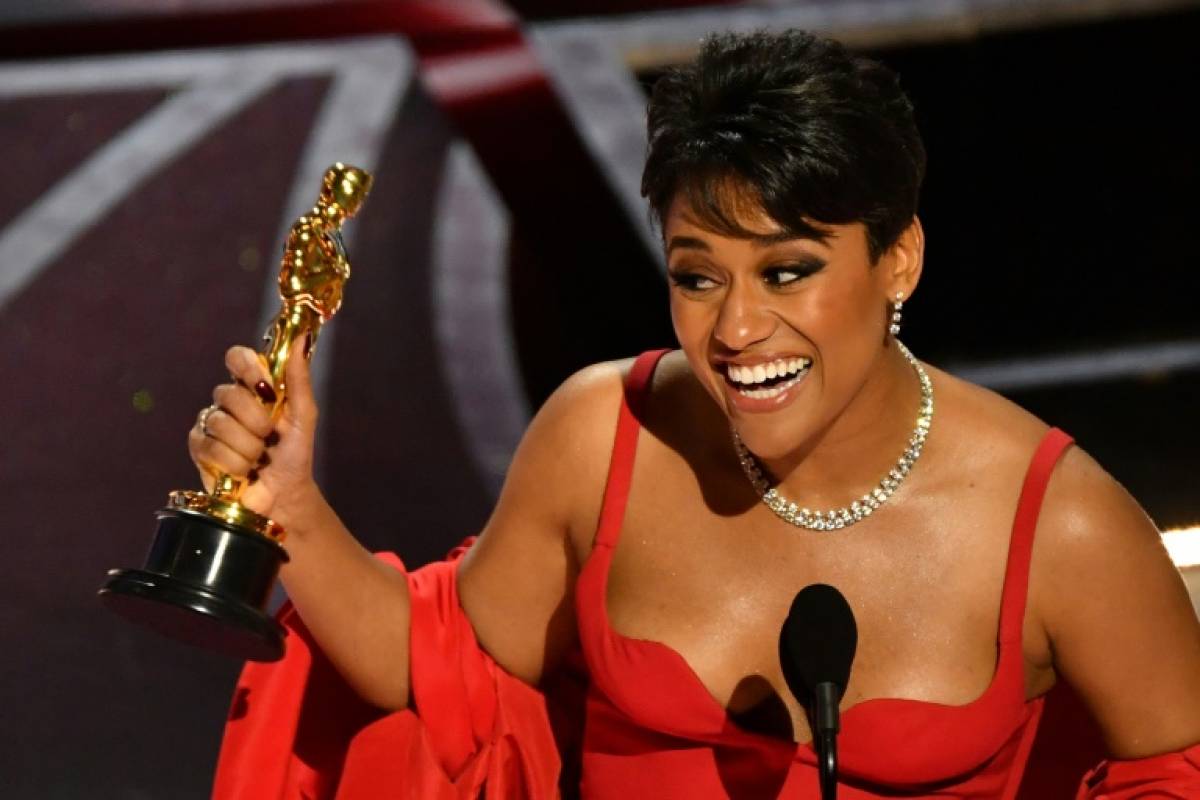 The organizers of the Oscars ceremony on Sunday called for a minute of silence “in support of the Ukrainian people” during a gala evening where favorites “CODA”, “Power of the Dog” and “Belfast” compete for the supreme award for best feature film.

Often criticized for their lack of representativeness of society, the Oscars this year rewarded Ariana DeBose, an actress who defines herself as “Afro-Latina” and queer, for her role as Anita in the remake of “West Side Story” by Steven Spielberg.

Troy Kotsur, deaf actor from birth, meanwhile received the Oscar for best supporting actor for “CODA”, adaptation of the French success “La Famille Bélier” where he plays a grumpy but loving father. The actor dedicated his win to the “deaf and disabled community” and was applauded in sign language by guests in the room.

The gala evening was opened by sisters Serena and Venus Williams, whose beginnings are traced in the film “The Williams Method”, and a spectacular performance by Beyoncé, live from a tennis court in Los Angeles.

Singer Beyoncé at the Oscars ceremony in Hollywood on March 27, 2022 (AFP / Robyn Beck)

Among the stars returning to the Hollywood red carpet after two years of pandemic, some had added a blue ribbon bearing the inscription #WithRefugees (“with refugees”) to their tuxedos or formal evening dresses to express their solidarity with civilians displaced by conflict. Jason Momoa wore on stage a blue and yellow cover in the colors of Ukraine.

During the ceremony, the organizers took advantage of a commercial break to display a message calling for “a minute of silence to show our support for the Ukrainian people, who are currently under invasion”.

A dark and psychological Western about men who do not assume their sexuality and their feelings, “The Power of the Dog” has long been a favorite for the supreme Oscar for best feature film.

But for a few weeks, “CODA”, a dramatic comedy full of optimism has returned at full gallop.

The film, which follows a high school student torn between her passion for singing and her family, all of whose other members are deaf and depend on her to communicate with the hearing world, has multiplied the awards this season.

A low-budget film, it has already won the Oscar for Best Adapted Screenplay, for filmmaker Sian Heder, and seemed poised to snatch the iconic Oscar for Best Feature Film at “The Power of the Dog”.

“Belfast”, a black and white evocation of Kenneth Branagh’s childhood (Oscar for best original screenplay on Sunday) in the midst of the violence in Northern Ireland at the end of the 1960s, could come to play the spoilsports.

Many professionals raved about “The Power of the Dog”, noting its aesthetic prowess and the performances of the actors. Four of them (Benedict Cumberbatch, Kirsten Dunst, Jesse Plemons and Kodi Smit-McPhee) were in the running for this 94th edition.

But many others have also criticized Jane Campion’s film for a certain coldness. “It’s not everyone’s cup of tea,” said Scott Feinberg, columnist for The Hollywood Reporter magazine.

This can prove to be a handicap because the strange multi-round preferential voting system used at the Oscars for the category of best feature film generally favors the most consensual films.

Jane Campion, however, has a good chance of winning the second Oscar of her career as a director after “The Piano Lesson”.

Trump in the sleeve of “CODA”, it is about an independent film with low budget (15 million dollars) perceived this year as the outsider and which could as such attract the sympathy of the voters, even s it is broadcast by Apple TV+.

A victory for “CODA” or “The Power of the Dog” would mark a historic first for a video-on-demand platform in this flagship category of best feature film.

Actress Jamie Lee Curtis shows off a blue ribbon with the words “#WithRefugees” on her arrival at the Academy Awards on March 27, 2022 in Hollywood (AFP / ANGELA WEISS)

On the actress side, the competition is tough but Jessica Chastain, unrecognizable in her role as televangelist of “In the eyes of Tammy Faye”, seems the best placed. She could be threatened by Penelope Cruz, who seduced with her performance in “Madres Paralelas” by Pedro Almodovar.

Disney, the world’s number one in entertainment, added one more Oscar to its collection on Sunday with the victory of “Encanto, the fantastic Madrigal family”, a celebration of Colombia, its culture and its traditions which won the award. for the best animated film.

The Oscars need this 94th edition to find its audience and an audience, which has been in free fall in recent years.

Oscars: minute of silence in support of Ukraine, diversity rewarded