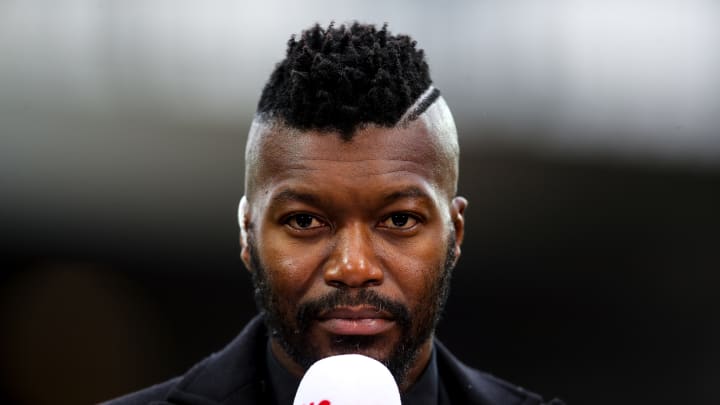 For the 94th Oscars ceremony, let’s come back together to these footballers who have known the 7th art. This year were crowned “Coda” in the category of best film and Jane Campion as best director. For the ones you’re going to see in this article, it’s not really about accolades, but more about short on-screen passages.

Many expectations were placed in the film “Asterix at the Olympic Games” (2008), but the work struggles to find its place. However, Jamel Debbouze manages to convince an unrecognizable Zinedine Zidane and disguised as an Egyptian to appear in the film. We can see “Numérodix” do some juggling with Jamel Debbouze for one scene, enough to place him in this list. The scene is cult but did not allow Zidane to break into the cinema.

The passage of Djibril Cissé at Olympique de Marseille (2006-2009) will not have been easy.
Late for the kick-off of an OM match, he gets into Samy Naceri’s taxi which allows him to arrive in time for the match. The French international will not have lost everything in the Marseille city, since he was able to take advantage of the filming of the film “Taxi 4” to afford this appearance which will remain legendary.

Very young world champion, Thierry Henry is not yet the star with the immense career and the record of goals in the France team (51). But his aura and his three goals at the World Cup already made him one of the most famous French footballers of the time.
The Monegasque makes an appearance in the 19th episode of season 1 of “H” in which he plays the role of an injured footballer. Faced with Jamel Debbouze, switchboard operator at the hospital, Thierry Henry plays his first role here and will be seen later in the film “Entourage”, derived from the series of the same name.

In 2002, Gérard Lanvin and Benoît Poelvoorde shared the bill with José Garcia in “Le Boulet”, which tells the story of a blundering prison guard and a prisoner in pursuit of a winning lotto ticket. Nicolas Anelka, then at PSG, suddenly appears, tracksuit raised to the right knee and surrounded by children.
The French international even participates in the arrest of a villain by sending a volley in the face after a series of dribbles. Despite this, he will not participate in the 2002 World Cup.

Atletico Madrid star Antoine Griezmann tried his hand at cinema in 2017. By simply lending his voice to the character of Superman in “Lego Batman, The Movie”, the native of Mâcon had his very first cinematic experience. Note that his former teammate in selection, Blaise Matuidi, meanwhile doubled Flash.

At 36, the French international puts his aura to the test of cinema in the film “Le Mac”. He plays the role of an OM footballer whom José Garcia, the main actor of the film, tries to recover and place him at Arsenal against his will.
In real life, however, the French player spent four seasons at Arsenal where he notably won two English championships (2002, 2004). A little nod to the supporters of Gunners.

Bixente Lizarazu has had only one acting experience since retiring as a footballer. He appeared for a short scene in the feature film “Le Capital” (2012), directed by Costa-Gavras and led by Gad Elmaleh.

While still a professional footballer at Manchester United, Eric Cantona began his acting career in “Happiness is in the meadow” by Etienne Chatiliez, where he landed a role with his brother Joël.
An experience that he therefore appreciated since the former French international has completely converted to cinema, to the point of directing or producing films such as “Looking for Eric” where he plays his own role. He has also been seen in other films like “Switch” and “Marie and the castaways” but also series.

Four years after the end of his career, Pelé resumes service by participating in the film “A nous lavictorie” alongside Michael Caine and Sylvester Stallone.
The Brazilian legend, who has starred in several other feature films, takes part in a match between prisoners and Nazis and scores the winning goal with a superb return.

David Ginola will have had a funny career as an actor. The French winger varied the pleasures, doubling a shrimp in Finding Nemo, appearing in episodes of the TV series “The Young and the Restless” or starring in the war film “Operation Matchbox” (The Last Drop in VF) alongside Billy Zane and Michael Madsen.

In 1983, when he was a professional player at Roma, Carlo Ancelotti (current manager of Real Madrid) appeared on the big screen in “Don Camillo” by Terence Hill. He plays the role of a footballer in a team of bad Communists.

Documentary director Substitute (who looks back on his experience as a substitute during the 2006 World Cup), Vikash Dhorasoo then tries his hand at comedy with a role as a lawyer in “La Très très grande entreprise” by Pierre Jolivet, a feature film released in theaters in 2008.

Oscars: The 12 footballers who starred in movies