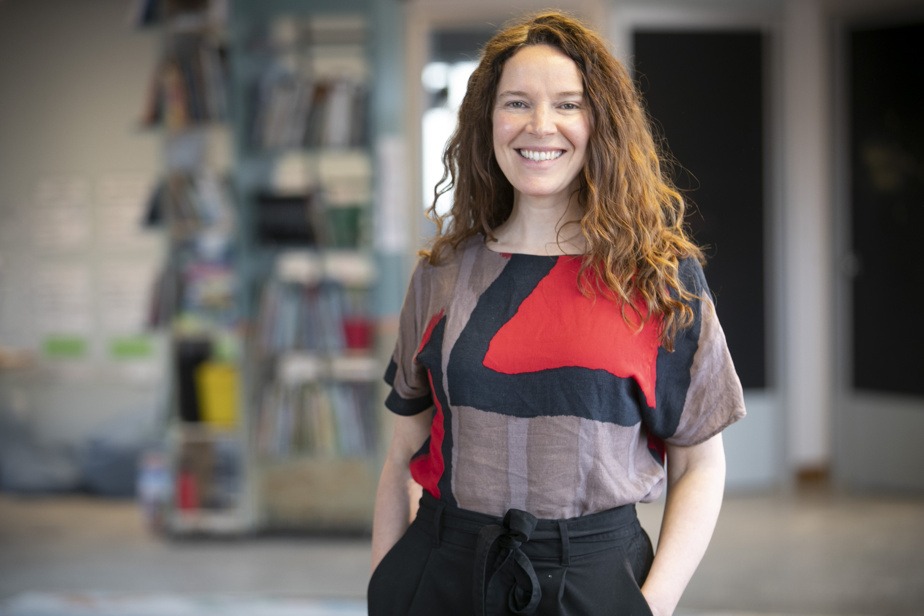 Presented by the International Academy of Digital Arts and Sciences (IADAS), the Webby Awards are widely recognized as the highest honor for the internet. The Oscars of the web, in a way.

No prize has yet been won, but the news of this selection already had the hint of victory for the president and co-founder of e180, Christine Renaud, who is delighted that her small company is competing against the biggest without having ever called on the venture capital.

“We have always seen technology as a tool to transform the way people learn,” says the 41-year-old entrepreneur. When you introduce venture capital, technology becomes a money-making tool. »

It was not the first objective.

A former teacher, she founded e180 in 2010 with her partner Alexandre Spaeth to introduce a new way of acquiring knowledge: simply by sharing it.

“Since the last time we spoke, things have exploded,” says Christine Renaud. At the time, “we were on our way up”.

She points to two factors that accelerated the ascent.

The first is the arrival in 2015 of a third partner, Sylvain Leclair, a former iWeb Technologies specialist and growth strategy specialist, who “really gave the company a boost,” she says. “When we met, we really fell in love with business. »

He took over the helm of the company last January.

Since 2014, e180 has quintupled in size with now around 50 employees, what she describes as “still a small team”.

The main detonator of this explosion “was our foray into the event environment”, she notes.

Originally, the application allowed participants to meet in a public place – to get to know each other by sharing their knowledge.

In addition to the difficulty of reconciling schedules and geographical proximity, “the perceived risk was quite high to meet someone you do not know in a café”, she underlines.

The trigger came when the organizers of C2 Montreal asked them in 2013 to set up a networking application during their events. “We told them that we weren’t doing networking, but peer learning. They thought we were very hippies. »

C2 Montreal nevertheless decided to give it a shot, and for the first time, e180 deployed its application in a major public event.

This first experience propelled e180 into the event industry.

Because, she realized, event organizers regularly attend other events, which offers the immense advantage of concentrating potential customers in the very environments where the application is proven.

“We don’t need to make a big sales effort. Once you have experienced a Braindate that changed your life, you put it in your event. »

Initially, the platform had no name, except that of the company.

At the time, Christine Renaud explained to neophytes that e180 facilitated peer learning meetings. “It was really boring to say. More and more, I explained the trick by saying that it was like blind dates, a dating site, not to find the woman of your life, but to meet someone with whom to share knowledge. »

She was in the queue for an event when the man to whom she provided this explanation replied: “Ah! Like brain dates ! »

The name of the platform was found.

The pandemic prompted them to add a virtual component. A concierge, on site or online, facilitates contacts and the start of discussions.

“We are in about fifteen countries now, we have hundreds of customers, we have nearly a million Braindate users in event contexts. »

The next big project for e180 is to return to its community roots by taking advantage of the experience acquired in the event context.

“We would like to relaunch the product in the communities,” explains Christine Renaud. This is to allow smaller local events to be able to have Braindates at a lower price than what we can charge Airbnb, Adobe or the Obama Foundation, which are our customers. »

In the meantime, she hopes e180 will garner enough popular votes to blow the Webby People’s Voice Award to NASA, her main contender in the race for the top spot.

An award for a portable telecommunications tower on the North Shore

Communication has just fallen: for its portable telecommunications tower project, the Consortium Innovation Technologique Énergie Côte-Nord (CITEC) has been rewarded by the Ordre des ingénieurs du Québec, which awards it the Recognition award for a regional innovative project for the Côte-Nord region. The CITEC, located in Baie-Comeau, carried out this project in collaboration with the consulting engineering firm CIMA+ and the SME Nova-Pro Développement, of Havre-Saint-Pierre. The portable telecommunications tower, 26 meters high, aims primarily to break the isolation of populations living in remote areas. It stands out for its light weight, ease of installation and use of 100% recyclable materials. Without heavy equipment, a single person can set it up in less than two hours. It can be easily transported by van, snowmobile, helicopter, explains Olivier Doucet, CITEC coordinator. “The goal is to put her on a mountain,” he said. Because it is placed on a top, it does not need to be as tall and imposing as common structures. “That’s what we need here. » Innovative projects honored by the Order of Engineers must contribute to improving the quality of life of populations.

Not line fishing, but angling. Montgrain, a construction firm specializing in building envelopes, has moved its head office from an industrial park to just a park. The company of a hundred employees has settled on a 6,000 square meter lot in a semi-rural area of ​​Boisbriand, where it has built a small farmhouse, hiking trails, a sugar shack, a pond, a collective garden and an outdoor training center which all employees and their families are invited to take advantage of. The small pond is full of fish, and employees can dip their line there during their breaks. In these times of labor shortage, the company’s president, Karl Montgrain, wanted to offer his employees a work environment that meets their expectations in terms of quality of life, work-family balance and professional stability. He claims that this policy has increased the operational efficiency of his team. It is perhaps to demonstrate the cohesion of this team that he intends to have it play this summer against other companies in the sector, on the baseball field which has also been set up on the Montgrain Campus.

An exciting initiative. The Canadian Plastics Pact (PCP) has published a guide to help Canadian companies improve the design of their plastic packaging so that it fits better into the circular economy – in short, that it is more easily and frequently recycled. The guide lists nine design golden rules that address one of the root causes of the abandonment of plastic packaging in the wild: the complexity of recycling. According to the PCP, recycling plastics is complicated by poor packaging design, the inclusion of problematic materials, the presence of over-packaging and the low commercial value of post-consumer recycled products. The Canadian Plastics Pact is a collaborative platform that brings together more than 85 companies, governments and organizations from across the plastics value chain.

Four days: this is now the length of the normal working week at Meubles Saint-Damase, a Montérégie manufacturer of luxury hotel furniture. The company of 150 employees is testing the formula of a four-day week paid for five.