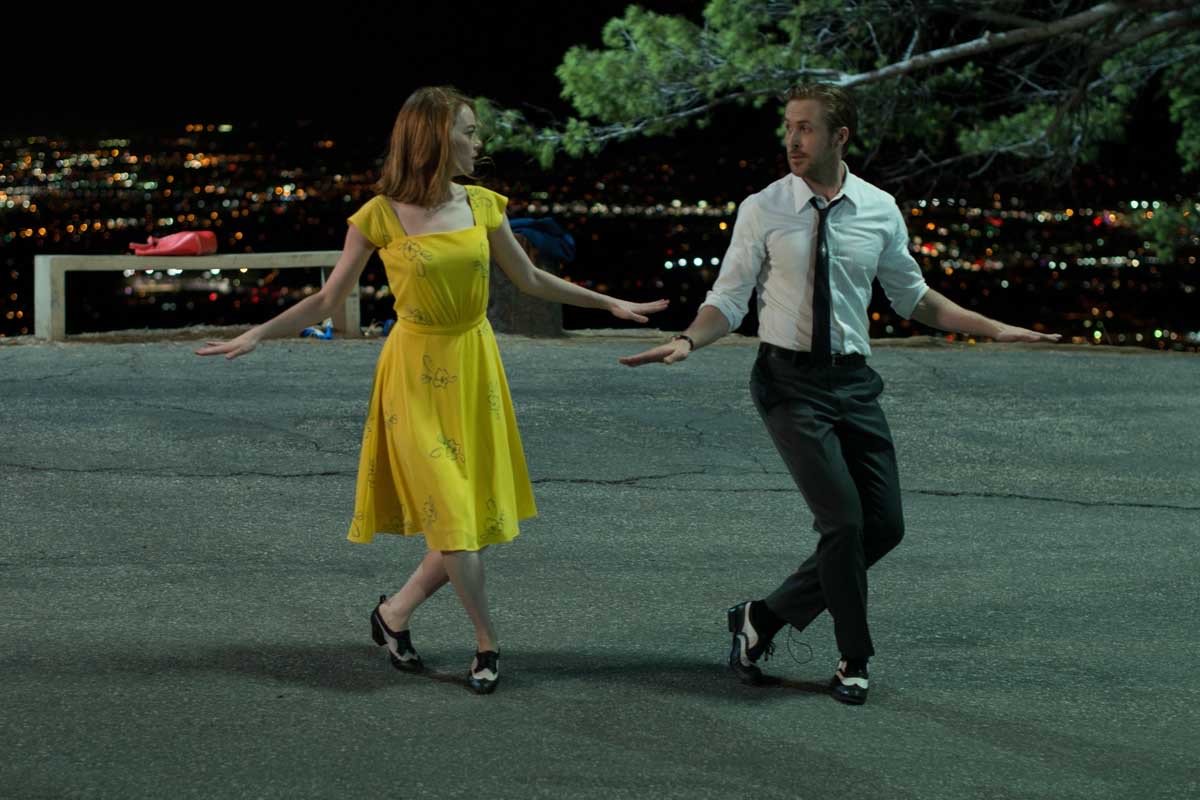 Nothing like a good musical to fill up with a good mood and let go. While “West Side Story” by Steven Spielberg, hits theaters on December 8, here are the 10 best films mixing song and dance to (re) discover.

Released in 1952, “Singing in the Rain”, starring Gene Kelly, Donald O’Connor and Debbie Reynolds, is the benchmark for musicals. Even those who have not seen the film have in mind the famous scene where Don Lockwood (played by Gene Kelly), starts to dance with his umbrella under downpours after having exchanged a kiss with the singer Kathy (Debbie Reynolds). Directed by Stanley Donen and Gene Kelly, the film, set in Hollywood in 1927, chronicles the difficult transition from silent film to talking film.

Adapted from a Broadway show (1957), the cult musical “West Side Story”, by Robert Wise, chronicles the legendary love story between Maria (Natalie Wood) and Tony (Richard Beymer) against a backdrop of brawls between rival gangs – the Jets, Irish from the white working class, and the Sharks, young people from the Puerto Rican community, – in New York in 1957. Paced by the music of Leonard Bernstein and Stephen Sondheim, this film won no less than 10 golden statuettes, including those for Best Film and Best Director.

Adapted from the eponymous novel by Australian Pamela Lyndon Travers, Walt Disney’s favorite girl’s book, “Mary Poppins” continues to delight children of every generation with her catchy songs and inspirational messages. Unable to take care of their two children, Mr. Banks, investment banker, and his wife, an active suffragist, decide to advertise to find a nanny. Carried by the wind, Mary Poppins obtains the position and immediately draws Jane and Michaël into her colorful, optimistic and magical universe.

All’s well that ends well in this film by Robert Wise (then crowned with the success of West Side Story) from the eponymous musical presented in 1959, and signed by Richard Rodgers to words by Oscar Hammerstein II. We follow, just before the outbreak of the Second World War, the fate of the Austrian von Trapp family and their governess Maria, encamped by the unforgettable Julie Andrews, already sparkling in Mary Poppins. In the role of the head of the family, Christopher Plummer plays this widower who will soon return to service in the Navy. Determined to protect his clan from the Nazi yoke, he will organize his escape to Switzerland, while feelings are growing ever stronger between him and Maria. The biographical nature of The Song of Happiness – the original musical comedy is taken from Maria’s autobriography – makes this tale even more touching where the small and the big story are mixed up. The Sound of Music, the flagship title, Do-Re-Mi, but above all My Favorite Things, which has become a huge jazz standard, punctuate this little gem of benevolence.

Of course, when we talk about musicals, we immediately think of the Anglo-Saxons, traditionally more receptive than us to this genre. However, the French cinema knew how to produce some jewels, and in particular the French master in the matter, Jacques Demy. Among these nuggets, we will above all evoke the unforgettable Demoiselles de Rochefort, in which two duets created sparks. The one formed by Jacques Demy (writing and production) and Michel Legrand (music) first of all, and that of the Dorléac sisters, Françoise and Catherine Deneuve, in the roles of Solange and Delphine, these “twin sisters born under the sign of Gemini », Who want to leave their province and discover Paris. In this farandole of colors, of Alexandrian texts and the search for happiness – undoubtedly even more appreciated by our English and American friends than in France – the sense of the staging, the rhythm and the choreography of Jacques Demy make wonder. But the success was quickly marred by a tragedy. Françoise Dorléac died in 1967, while she was on her way to the airport to attend the premiere of the version of the film, in London.

In 1950s America, Danny Zuko (Jonh Travolta) and Sandy Olsson (Olivia Newton-John), a young Australian from good family, find themselves in the same high school after spending the summer holidays together. But the reunion does not go as planned. Dressed in a leather jacket with slicked back hair Danny, who is part of a gang, the T-birds, adopts a bad boy attitude that leaves the high school student totally distraught. The two lovebirds then play cat and mouse. Besides the cast, and the choreography, “Grease” has become cult thanks to its songs, from “You’re The One That I Want”, to “Tell Me More”, including “Summer Nights”.

Based on the immense success of the stage version by Gerome Ragni, James Rado and Galt MacDermot, the film was released more than ten years later. The themes conveyed by history – a young provincial visits New York before being sent for the war in Vietnam, and discovers the ideals of the Hippies there – could seem outdated, as the economic crisis hits America and the war is finished. But the genius of Milos Forman will sublimate this decade, and breathe powerful energy into the film, in a clever mix of comedy and drama. The quality of the songs is exceptional, and the French public keeps fond memories of it, since 1969 and the French version played at the Porte Saint-Martin, which revealed to the general public a certain Julin Clerc.

In the glamorous musical “Moulin Rouge”, Ewan Mc Gregor plays Christian, a young poet, living in the district of Montmartre, who falls madly in love with the beautiful Satine, camped by the Australian redhead Nicole Kidman, a courtesan who reigns as such. an icon on the Moulin Rouge but dreams of becoming Sarah Bernhardt. Signed by Baz Luhrmann, this film, which takes place at the end of the 19th century, in the Paris of the Belle Epoque, received two Oscars and three Golden Globes.

The delightful musical, “Mamma Mia!”, By Phyllida Lloyd, starring Meryl Streep, Pierce Brosnan, and Colin Firth, features the hits of the legendary Swedish group ABBA, performed by the film’s actors. On the lovely Greek island of Kalokairi, a single mother, Donna, panics, her daughter, Sophie, 20, invites three of her mother’s ex-lovers to her wedding to finally find out the identity of her father. From all over the world, Bill, Sam and Harry arrive and seek to prove their paternity, while trying to reconnect with the woman they fell in love with 20 years ago.