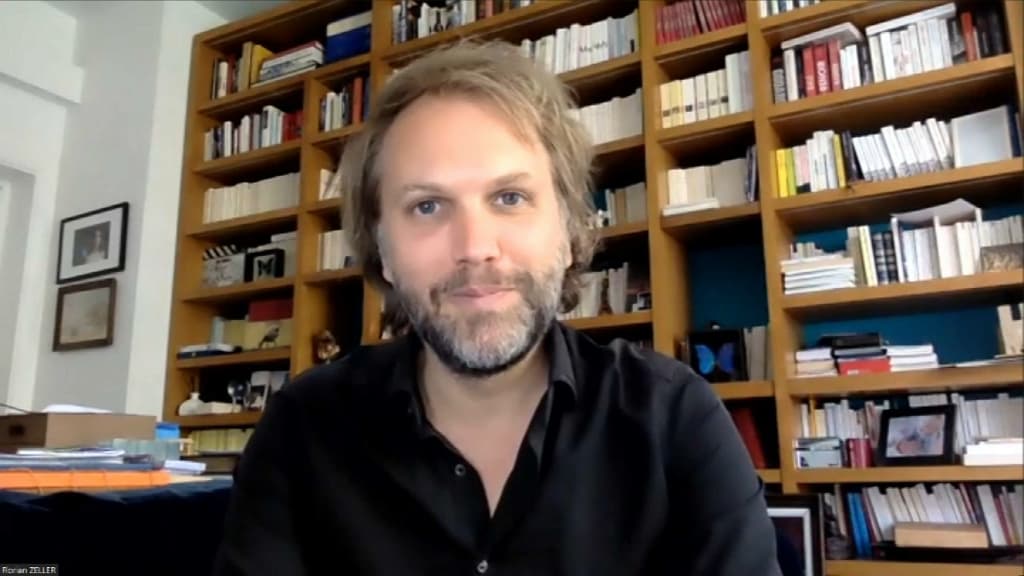 The playwright and director received two Oscars last night for his film The Father. He confided in this subject this Monday evening on BFMTV, but also mentioned the rest and his future projects.

Florian Zeller, whose film The Father won two Oscars, was a guest this Monday night on our show 120% NEWS on BFMTV. The screenwriter and director, rewarded for the best adapted screenplay, confided his joy but also spoke about his future projects. While waiting to receive his statuette, which he was unable to pick up on site due to the Covid-19 pandemic.

“I’m supposed to get it in a few days,” he explained. “I didn’t go to Los Angeles, the French couldn’t travel to Los Angeles. A few of us were in Paris to see the evening live in a sort of branch of the Hollywood ceremony.”

“For me, it had a very special meaning because I thought up this film and wrote it for him. Sharing this moment of joy and recognition with him is all the stronger for me”, said he recounted.

The director also had Anthony Hopkins, 83, on the phone just after the ceremony. “He hadn’t followed her,” he revealed. “I called him to tell him he had won the Oscar, he had just woken up, he was somewhere in Scotland. We had a very emotional conversation for me. He was extremely upset: he had already received an Oscar thirty years ago, for Thesilenceofthelambs and this is his second.”

Towards a release in France in early June?

The film The Father already released in the United States, but also in Australia and New Zealand. In France, where cinemas are still closed, you have to wait a little longer.

“I hope we can release the film as soon as theaters reopen. And if they re-open as we hear in mid-May, I think it can be released in early June. is what we hope for from the bottom of our hearts”, assured Florian Zeller. “The film is doing well. It’s a strange, very happy and very joyful adventure, and at the same time for me, from a French point of view, it’s still slightly virtual since the theaters are closed”.

He hopes that French spectators will be there to discover his feature film, “which tries to put the public in a rather unique position, as in a labyrinth, as if we were in the head of this main character”. “It’s not just a story, it’s an experience. It’s like a puzzle, and an invitation to play with the pieces of this puzzle to try to find meaning”, he analyzed.

A new project in progress

Florian Zeller is already thinking about the rest of his career, and hopes to continue making the films he dreams of making, carried by his prestigious award.

“The great challenge of cinema is to try to do the projects that you carry within yourself, and what you really want to do. And I hope that having an Oscar will allow me to continue to do what I dream of doing”, he said on BFMTV.

“There is a project that I have been working on for some time, which is also the adaptation of one of my plays called The son“, he revealed. “It’s a film that will be called The Son and that I’m going to shoot, if all goes well, this summer.”

Emmanuel Macron congratulated, Monday afternoon, the French who were honored at the 93rd Oscars ceremony. “Two Oscars for his masterpiece The Father: congratulations to Florian Zeller, whose talent shines across the Atlantic!”, wrote the President of the Republic. “He sent me a message this morning, a message of congratulations which noted that in this rather special good news was all the brighter,” said the director and screenwriter.

“The Father” awarded at the Oscars: Florian Zeller is already preparing a new film