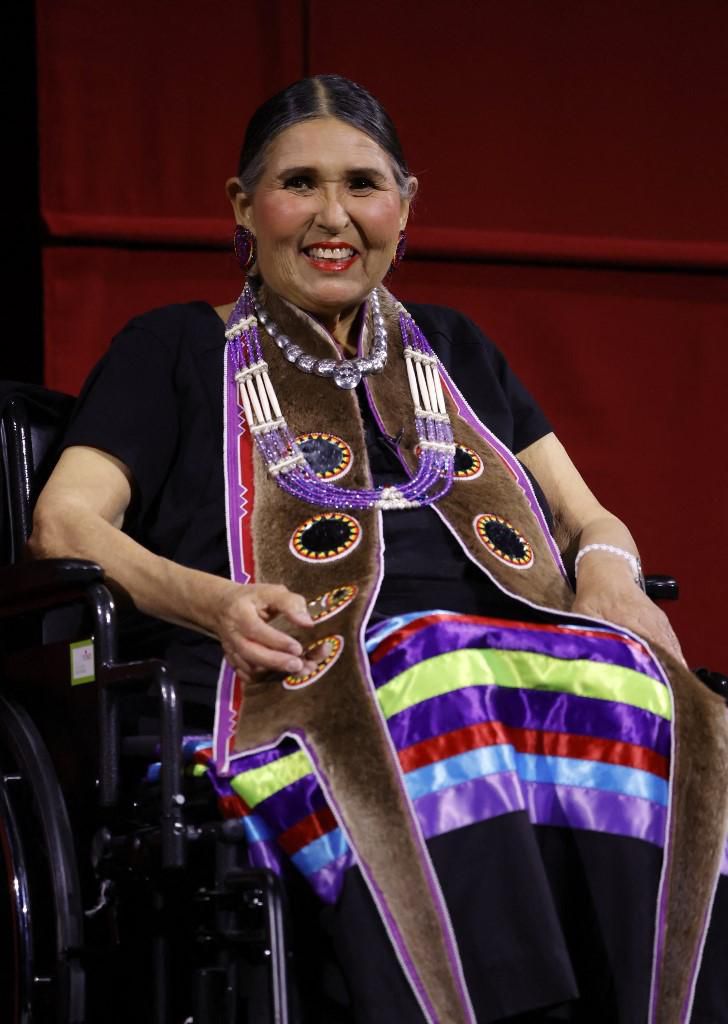 Spectacular turn of events: The Native American who turned down the Oscar for Brando lied about her origins

The one who called herself Sacheen Littlefeather and who died recently had no Native American blood, reveals her family. She invented a life for herself.

The scene caused a scandal at the time. During the 1973 Oscars, when Marlon Brando was announced best actor for his role in “The Godfather”, it was a young woman dressed in traditional Native American costume who took the stage. Sacheen Littlefeather had explained that Brando refused the statuette given the treatment reserved for Native American peoples in the cinema. She had been booed.

In 2022, the Oscars have apologized with her and then held a ceremony in her honour. In early October, we learned of the death of the activist, who had also claimed to have participated in the 1969 occupation of Alcatraz Island off San Francisco by Native Americans, who claimed it.

She was of Mexican descent

Saturday, October 22, the “San Francisco Chronicles” dropped a bomb. Sacheen Littlefeather has made up a past for herself, she has no roots among the Native American people. Her origins are Mexican, her real name being Marie Louise Cruz. It was his own sisters who told it to a journalist from the daily. “It’s a fraud, recognized one of them. It’s disgusting to the heritage of tribal peoples. And it’s just insulting to my parents.”

Because the one who said she had received the tribal name of Sacheen had said that she had known a poor childhood, in a cabin without toilets, with an alcoholic and violent father, that her parents were mentally ill and that she had been separated from them. to be raised by her grandparents. False retort the sisters: they lived in a house, with toilet, the grandparents lived in the neighboring house, therefore did not raise Sacheen but saw her often, and above all, the parents were neither alcoholics nor demented. On the other hand, the paternal grandfather was alcoholic and violent and it was his son who was placed in foster care. “She took ownership of what happened to her,” says one sister.

The journalist from the “San Francisco Chronicle”, who was investigating people who falsely claimed to be of Aboriginal origin out of interest, went back very far in the family tree of Marie Louise Cruz. And found no hint of Native American blood. Not even an ancestor who lived close to the Apaches or the Yaquis, two tribes that Sacheen claimed.

She wasn’t at Alcatraz

She invented a past, roots, but also a life, since it also seems that she never participated in the occupation of Alcatraz. The one who was one of the leaders of the movement and who lived 18 months on the island never says she saw her before the Oscars. Then the same year in “Playboy”: “We knew no native would do this. Especially in the 70s… The last thing we Native women wanted to be thought of was as sex objects,” says LaNada Warjack, a Shoshone.

For the sisters, if Sacheen invented a Native American life, it was to try to break into the film industry. They said the accumulation of lies told over the years was hard to bear. But they did not speak out publicly, believing that their sister’s fame would eventually wear off. If they do so today, it is because they find it disturbing that she is now considered a saint, the story of the Oscars having resurfaced 50 years later.

The sisters learned of Sacheen’s death, aged 75, from the media and they were not invited to the funeral. When asked if their sister was right to create this character for herself, they answer: “Sacheen didn’t like herself. She didn’t like being Mexican. So, yes, it was better for her to play someone else. Our sister created a fantasy, she lived in a fantasy and she died in a fantasy.