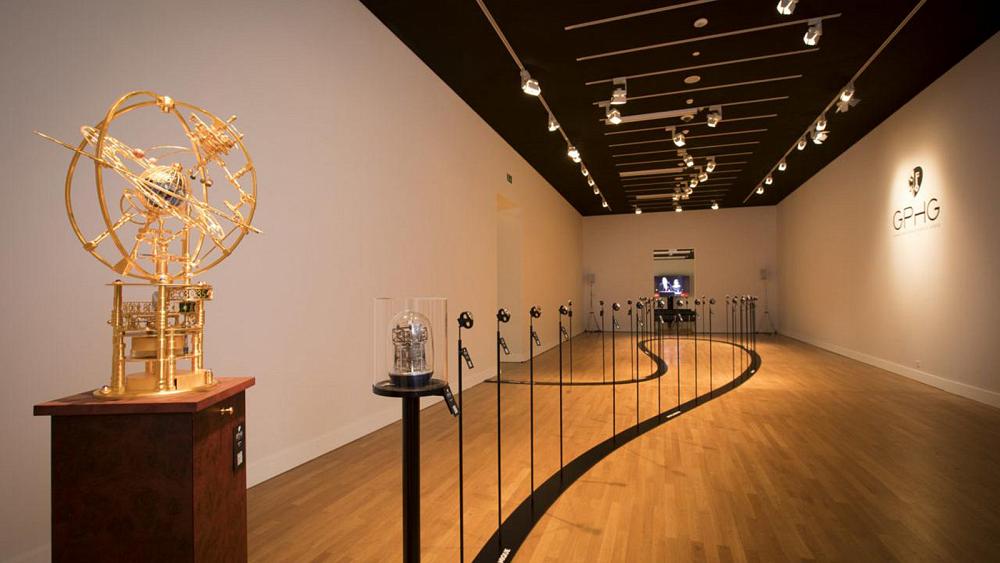 Friday October 22, 2021 in Geneva, the entire watchmaking industry gathered at the Rath Museum to attend the inauguration of the Grand Prix d’Horlogerie de Genève (GPHG) exhibition and celebrate its 20th anniversary with champagne and a DJ. than that of its historic media partner created by the same founders, WorldTempus. The maximum gauge authorized by the Museum and the health authorities had been reached, 450 personalities representing all the biggest watch brands (of course holding a Covid certificate), in the presence of the authorities of the city and the canton of Geneva. Why so much enthusiasm?

Created in 2001 by two watchmaking enthusiasts, the Geneva Watchmaking Grand Prix has established itself over the past ten years (and the creation of its eponymous foundation) as the most international and recognized watchmaking prize, the most comprehensive and best structured: the equivalent of the Oscars in watchmaking. Winning a GPHG prize in one of the categories (there are now 14, compared to 16 for the Oscars without counting the 8 technical categories), represents a triple reward: to the public (the winning brands use it in their communications and sales tools), internally (manufacturing teams are proud to see their work distinguished) and in the industry (peer recognition and competition between brands also sometimes take place in the field of competitions. ). A GPHG trophy can therefore make all the difference in a boutique when the customer is hesitating between two equivalent watches.

This 20th edition of the GPHG stands out in several ways. Of course, it marks a long-awaited relaxation of sanitary restrictions in terms of events and its award ceremony on November 4 at the Théâtre du Léman in Geneva is expected to bring together 1,200 people. Everyone is looking forward to attending and discovering the jury’s choice! Its preliminary exhibition at the Rath Museum is the subject of a particularly studied scenography and presents not only the 84 finalist watches (six watches per category) but also, for the first time, the 20 Aiguilles d’Or watches since the creation of the GPHG. (the Aiguille d’Or corresponds somewhat to the Palme d’Or of the Festival de Cannes, the supreme distinction for a watch). However, the GPHG has entrusted craftsman Xavier Dietlin with the task of exhibiting watches without a display case! Each of them is cleverly connected to a metal rod and floats in the space within easy reach, like a line of reeds. The security of the museum has been specially adapted for this exceptional exhibition.

Thus, each year, the GPHG puts in competition a hundred brands for around 200 to 250 watches, representing the entire luxury watch market. Since last year, it is the GPHG Academy which selects and then elects the laureates. As the director of the GPHG, Carine Maillard, explains, “The Academy largely involves the players in the branch in the selection and voting process. Today we have 500 members of the Academy representing a vast network of ambassadors of watchmaking passion, who participate in all the selections and together reward contemporary creations, contributing to their promotion and influence. A dedicated, secure digital platform has been set up for the needs of the Academy and the registration of models by brands is now done on this new medium which facilitates interactions. Neither the voting process nor the relevance of the composition can be disputed, this choice truly represents that of the watchmaking community, and truly consecrates the most deserving watchmaking creations.

Reverse of the medal and champions

The independence of the jury and the importance of the GPHG have become so important that some brands no longer want to take the risk of participating, and not to win! This reluctance is regrettable for the public as for the watchmaking collegiality, especially for an industry with prestige inversely proportional to size (its turnover amounts to 20 billion francs, that is to say a single quarter of a single company such as Nestlé), which would benefit from speaking with one voice at least once a year in order to attract the attention of end consumers so coveted by other much stronger luxury sectors. Fortunately, many watch brands play the game regularly, even steadfastly. For example Chopard, which participates every year, and regularly wins prizes. The perseverance medal goes to Bovet, who participated for 15 years seeing his watches selected among the finalists each time, without ever winning a prize, and ended up winning the Aiguille d’Or in 2018 for his Récital 22 Grand Recital. Once again this year, the jury selected four watches from Bovet. The same goes for Breitling, Bvlgari and IWC. We should also mention Audemars Piguet, Chanel, Chopard, Hermès, Louis Erard, Louis Vuitton, MB&F, Tudor and Van Cleef & Arpels, of which three candidate watches were selected among the finalists. Winner of the Aiguille d’Or in 2020, Piaget has already taken a head start this year with five finalist watches! Race results on November 4, the evening of the prize-giving ceremony, broadcast live on Euronews.

This 20th edition of the GPHG takes place in a very special context. Last year, the watchmaking sector experienced the worst year in its history since the quartz crisis in the 1970s. All stores and factories were then forced to close due to the pandemic, with exports falling by 90%. spring 2020. Since then, the entire industry has returned to its 2019 production level, but in a very unequal manner. During this catastrophic period, strong brands with reserves increased their market share and their desirability (foremost among which Rolex and Patek Philippe, but also Audemars Piguet and Richard Mille), but brands already suffering from structural weaknesses or dependent on some markets did not catch their breath. The recovery thus favored brands that were well established in China and the USA, where the take-off was dazzling. Woe to those who were absent from these consumption areas and who focused on Europe, where travel retail has not picked up and whose market is not able to compensate the rest of the world. Finally, we are witnessing a phenomenon unprecedented in its scale, the heyday of small, well-established contemporary independent brands, whose order books have really exploded since last year. Like de Bethune, FP Journe, Greubel Forsey, H. Moser & Cie or MB&F (all already winners of GPHG awards) but also more recent Czapek, these “small” collectors’ brands have proven to be more agile, more desirable, more resilient. Their size allowed them not to completely stop their production tool, they remained in contact with their small networks of loyal customers who were no longer solicited by the big brands, while continuing to create and communicate effectively. Almost all of them also participate in the Only Watch charity auction biennial, which will also be held in Geneva, two days after the GPHG ceremony. Which will achieve a historic double?

The Oscars of watchmaking celebrate their 20th anniversary