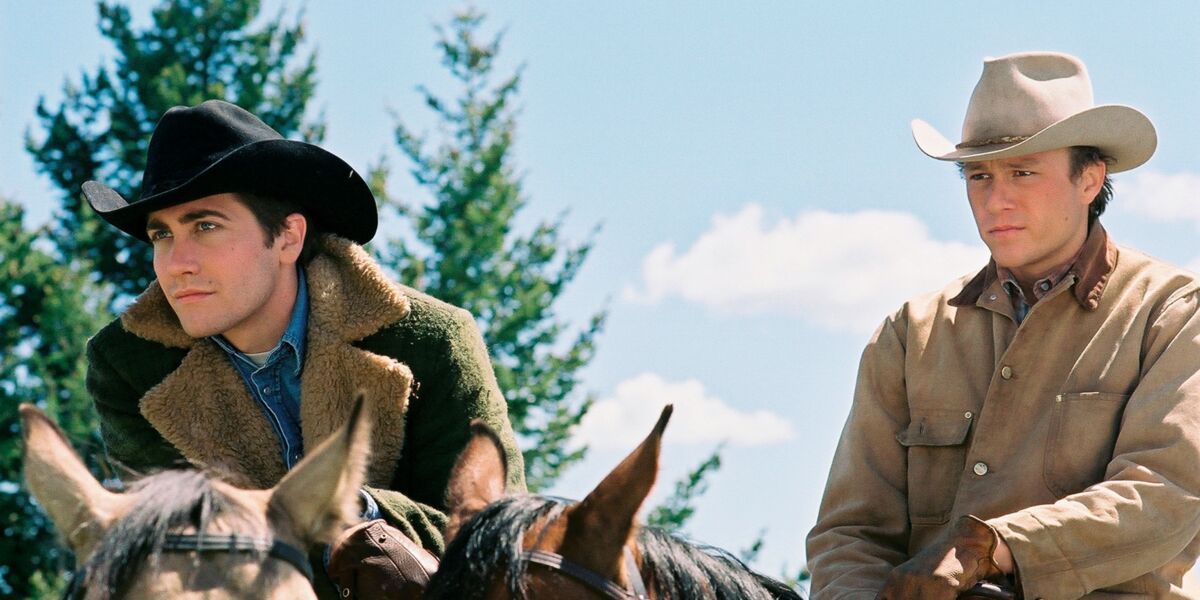 Among all the new releases on February 16, Netflix unveiled the film Brokeback Mountain’s Secret. Directed by Ang Lee (Life of Pi), this adaptation of the short story by Annie Proulx, follows the secret passion lived for two decades by two cowboys, Ennis del Mar and Jack Twist. Originally from the state of Wyoming, these two men live a double life, before one of them is killed, the victim of a homophobic crime, leaving the other with the memories of his lost love. Starring Heath Ledger (Ennis del Mar), Jake Gyllenhaal (Jack Twist), Michelle Williams (Alma del Mar), Anne Hathaway (Lureen Newsome Twist) and Randy Quaid (Joe Aguirre), the 2005 drama enjoyed excellent criticism of the script and the interpretation of the actors. At the Oscars, Brokeback Mountain’s Secret even left with three statuettes, Best Director for Ang Lee, Best Adapted Screenplay and Best Original Score. But the ceremony was especially marked by the refusal of Heath Ledger to present an award at the Oscars organized at the Dolby Theater in Hollywood.

Heath Ledger refused to participate in the Oscars

In 2020, Jake Gyllenhaal gave an interview to the magazine Another Man. The opportunity for the actor to say more about the refusal of his co-star Heath Ledger to parody Brokeback Mountain’s Secret at the Oscars. “I remember they wanted to open the Oscars that year with some sort of joke about the movie. And Heath refused. At the time, I was like, ‘Oh, okay…whatever. Me, I’m always up for having fun. And Heath said: ‘It’s not a joke to me. I don’t wanna make jokes about it“, he had revealed before continuing: “That’s what I loved about Heath. He never joked. Someone wanted to make a joke about the story or something, they would immediately retort, ‘No. It’s a love story. Like, that’s it, man. Kind, no”.

If Netflix subscribers can now watch Brokeback Mountain’s Secret, other films with Heath Ledger are also available on the streaming platform. Fans of the actor can see him again in The Dark Knight: The Black Knight, the penultimate film he shot before his death on January 22, 2008. In this blockbuster directed by Christopher Nolan, Michelle Williams’ ex-companion masterfully played the Joker, Batman’s sworn enemy. His performance opposite Christian Bale earned him the recognition of his cinema peers and the Oscar for best actor in a posthumous supporting role. Netflix subscribers can also check out the actor in the landmark film The Patriot: The Path to Freedom, released in 2000. Directed by Robert Rodat, the feature film follows Captain Benjamin Martin (Mel Gibson), a veteran of the War of Conquest, widower and father of seven children, who refuses to join the ranks of the separatists. But against his father’s wishes, his eldest son Gabriel (Heath Ledger), decides to join the Continental Army.

Article written in collaboration with 6Médias

The secret of Brokeback Mountain on Netflix: when Heath Ledger stood up to the Oscars