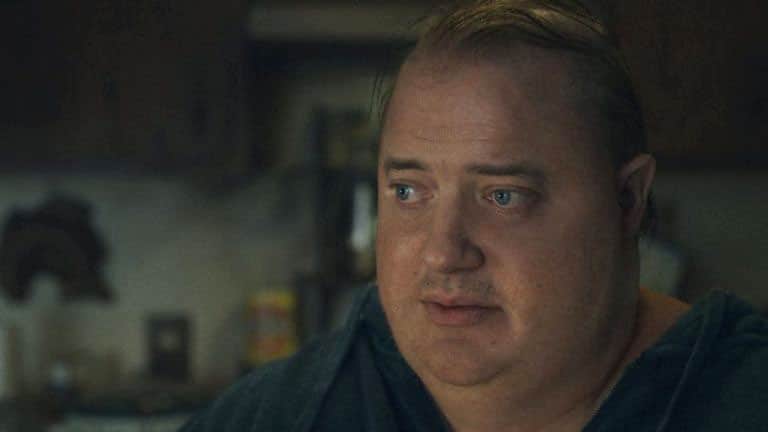 After very complicated years, Brendan Fraser has made a very noticeable return to the spotlight. The American actor, who became famous thanks to his role as Rick O’Connell in the saga The Mummy, has indeed managed to get into the very thick skin of the obese Charlie, the main character of the film. The Whaledirected by Darren Aronofsky.

Early reviews for the film were overwhelmingly positive, and the actor’s performance was warmly acclaimed at the film’s premiere at the Venice Film Festival. This time it’s the star of black adam in person, Dwayne Johnson, who gave him his support. The former wrestler even went a step further by wishing to see Brendan Fraser win the Best Actor Oscar next year for his role in The Whale.

The Rock is grateful to Brendan Fraser

Dwayne “The Rock” Johnson and Brendan Fraser shared the movie poster The Mummy Returns. The starting point of a long film career for the ex-wrestling champion who has always felt indebted to Brendan Fraser who supported his presence in the cast of the sequel to the saga. After posting a message of support for Fraser, The Rock delivered it during an interview with MTV News.

“I want him to go all the way, man. I want to see him on that Oscars stage, and hold that sucker and deliver, I’m sure, what’s going to be an amazing speech. When they came to me and asked me to be in The Mummy Returns, it was Brendan’s movie. He had to agree. He had no idea. We had never met. We had never even spoken on the phone. And the word I got from our director Stephen Sommers was, ‘Brendan loves this idea and is so happy you’re in the film.’

I was fresh from WWE, I had no acting experience except in WWE, I had never been on a movie set, and all of a sudden I’m in the middle of the Sahara desert in spinning The Mummy Returns. And I get that kind of acceptance from the star of the movie. It really meant a lot to me. So many years later, I have never forgotten it. I see him getting a standing ovation for almost 10 minutes, and he’s crying. I think it was beautiful, man,” he said.

Brandon Fraser will face some serious competition to get the award

The Whale follows Charlie, an English teacher who abandoned his family to pursue his passion with his gay lover. After the death of his companion, he sinks into a great depression and an addiction to food. While he now weighs 272 kilos and is unable to move without assistance, he tries to reconnect with his daughter Ellie.

Brandon Fraser was unanimously praised for his performance after the screening of the film at the Venice Film Festival on September 4. He notably received a standing ovation for several minutes which made him cry. In addition to Dwayne Johnson, several people have also shown their support for the actor who even already receives distinctions.

Fraser would therefore be on the right track for the Oscar for best actor. But the race for the title remains very tight. For the moment, Austin Butler with ElvisHugh Jackman thanks to The SonBill Nighty for Living and Colin Farrell with The Banshees of Inisherin are also well placed. The output of The Whale is scheduled to hit theaters on December 9, 2022.

The Whale: Dwayne Johnson wants Brendan Fraser to get an Oscar for his performance in the film