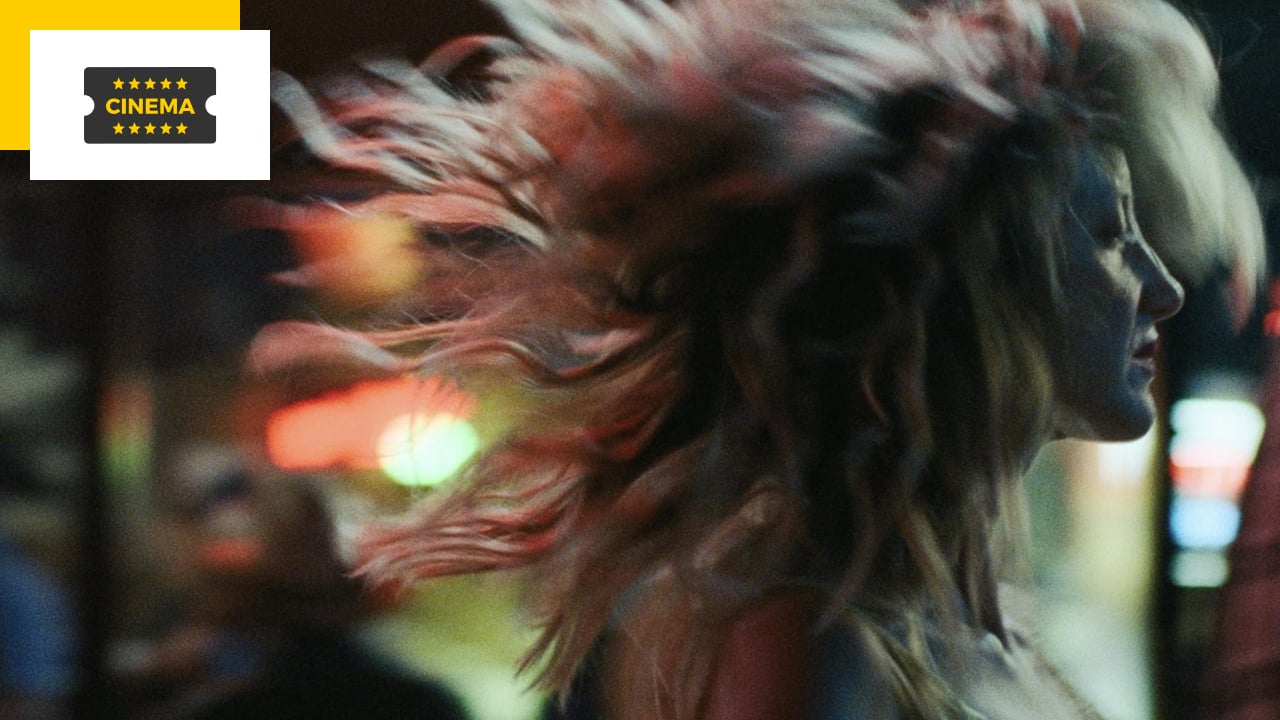 Directed by Michael Morris, this indie drama based on a true story follows Leslie (Andrea Riseborough), a single mother from Texas who wins $190,000 in the lottery. A sum that she quickly squanders. Years later, worn down by the ups and downs of life, she tries to find redemption. Andrea Riseborough gives the reply to Marc Maron, Allison Janney, and Owen Teague.

The film was released on a limited basis in October in the United States.

She writes that the British actress “ldrunk extraordinary performance” and adds: “To Leslie is a film about hitting rock bottom, but also a story steeped in grace – and even, in its understated, lived-in aesthetic, tinged with a bit of a fairy tale (…)”.

But for two weeks, the actress has received recognition from her peers.

“She deserves all the prizes that exist and all those that have not yet been invented”.

Jennifer Aniston, Charlize Theron, Sarah Paulson, Edward Norton, Gwyneth Paltrow and Courteney Cox organized screenings of the feature film in order to offer it to a wider audience. Gwyneth Paltrow called the film a “masterpiece” and went so far as to say Andrea Riseborough should win”all the prizes that exist and all those that have not yet been invented“.

For her part, Sarah Paulson (Glass, American Horror Story) declares to the HollywoodReporter : “I was simply struck by its authenticity. It felt like watching a movie from the 70s, a time when so many of my favorite movies were made. Films about the human experience. Made without judgment or commentary, just the magic of watching people behave.

Andrea’s performance touched me deeply; she is deeply human and without vanity – I mean ‘without awareness of how one is perceived or will be perceived’ – just a total embodimentthe.

Films like this, made with little money, that are so powerful and true, should be given the same attention and consideration as those from big studios with big budgets.

Everything I do to help bring attention to this film is for all of us actors and moviegoers.”

“I don’t post a lot about movies or actors’ performances…maybe I should do that more often. But for those interested in great actors, I will say that Andrea Riseborough’s portrayal in “To Leslie” simply blew me away.

It’s the most engaging, emotionally deep and physically taxing performance I’ve seen in a long time. It is a raw spectacle and totally devoid of artifice.

It’s a tough but really elegant and compassionate film where the emotion is really deserved. I saw it by chance and was amazed at the depth it reached. It’s very rare. Look at the.”

Many other personalities have left glowing comments on the first feature film by Michael Morris (who has already directed several episodes of the Better Call Saul, 13 Reasons Why, House of Cards and Animal Kingdom series).

Support for an Oscar nomination

The stars therefore seem unanimous and their support for the film has one goal: to highlight the actress so that Oscar voters are interested in her performance and nominates her for the Oscar for Best Actress.

The nominations for the 95th Academy Awards will be announced on January 24, so there is still time for them to discover the feature film and the performance of the actress.

“We can’t even afford advertising”

Asked by The Hollywood Reporterthe director explains the difficulty for independent films to manage to campaign for the Oscars: “We can’t even afford advertising. We live or die based on people’s reactions to the film. This film was released confidentially and our only strategy was to get people to see the film. I don’t want it to become just another title. I want it to be seen.”

And with this plethora of stars as press officers, To Leslie is indeed starting to get people talking. For the director, the reception of the film by the actors mentioned above is “extremely surprising” and “ssatisfying in the best possible way“. He adds : “The movie is about a person who finds themselves struggling with certain things, and they deal with and endure those things as best they can.“.

Andrea Riseborough was recently nominated as Best Actress at the next Spirit Awards (whose awards will be unveiled on March 4). The film was named one of the ten best independent films of the year.

No release date has yet been announced in France.

This totally unknown film creates the event thanks to the support of Charlize Theron, Jennifer Annison, Edward Norton…