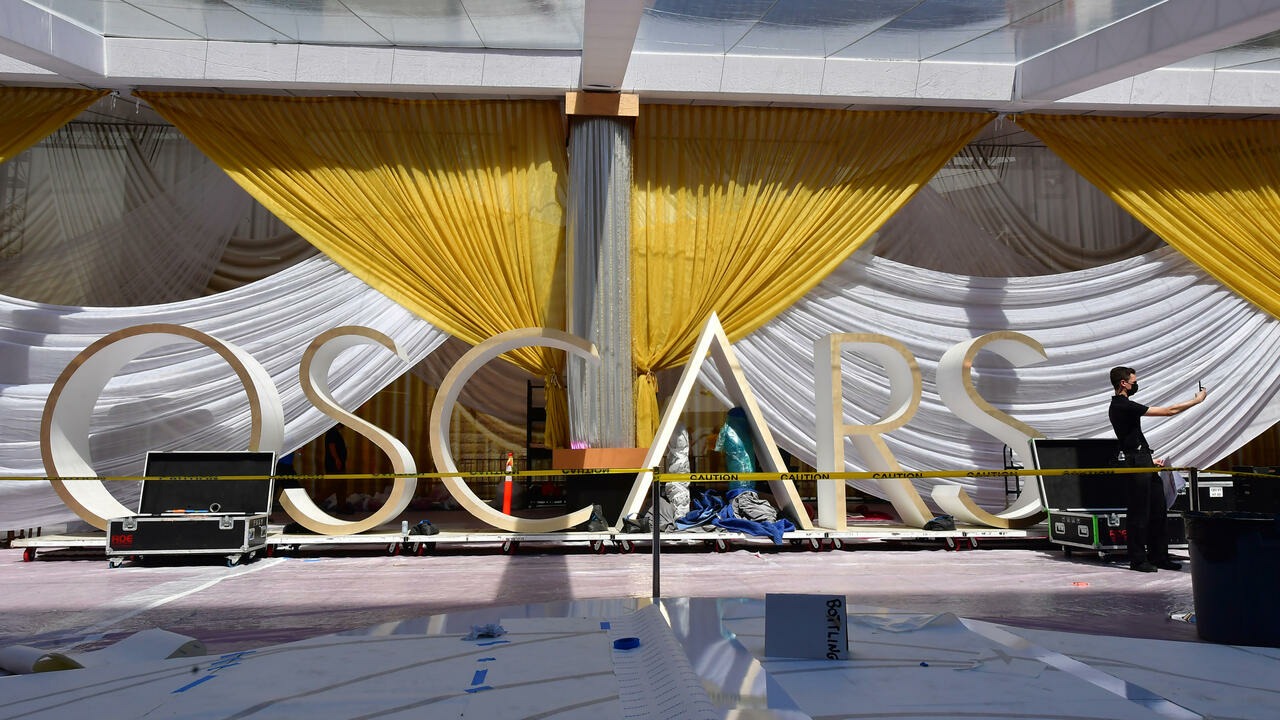 Hollywood (United States) (AFP) – “CODA”, “Power of the Dog” or “Belfast” gold medal? And will the audience finally be back? Hollywood held its breath before the start of the Oscars ceremony which will end the suspense on Sunday evening.

A dark and psychological Western about toxic masculinity, “The Power of the Dog” has previously been leading the way in the predictions for the Oscar for best feature film, which would be a historic victory for the giant Netflix, never again. sacred in this flagship category.

But the competition has intensified in recent weeks and an outsider has returned at full gallop: “CODA”, a dramatic comedy full of emotions and optimism which has won one after another all the prizes awarded by the professional unions. of the American film industry.

Experts are also keeping an eye on “Belfast”, a black and white film by Kenneth Branagh inspired by the filmmaker’s Northern Irish childhood, which still goes the distance.

“It’s a race between two or three horses”, summarizes Clayton Davis, specialist in film awards for Variety magazine, a reference in the field.

He noted a “strong momentum” in favor of “CODA”. “The last two years have been very difficult for everyone. And +CODA+ is positive, comforting. I think voters are in the mood to feel good,” he told AFP.

While many have sung the praises of “The Power of the Dog”, Jane Campion’s film has displeased others, who criticize it in particular for its clinical coldness and lack of emotion. “It’s not everyone’s cup of tea,” Feinberg says.

This can prove to be a handicap with the odd multi-round preferential voting system used in the best feature category, which tends to favor the most consensual films.

The competition “has never been so open,” said one of the voters from the Academy of Motion Picture Arts and Sciences, which awards the Oscars, on condition of anonymity.

Another asset in the sleeve of “CODA”, it is about an independent film with low budget (15 million dollars) perceived this year as the outsider and which could as such attract the sympathy of the voters.

“Some members of the Academy I speak to are still reluctant to vote for a Netflix film in the category of best feature film”, explains this voter to AFP, noting with mischief that “CODA” is broadcast by Apple TV +, another video on demand platform.

One of the stars of “CODA”, Troy Kotsur, holds the rope for the Oscar for best supporting actor. The deaf actor, who plays the loving but sometimes helpless father of a hearing teenager, has been a hit in the various film awards this season.

The game is much more disputed on the actress side.

For Scott Feinberg, “any of the five candidates could really win” this year, although Jessica Chastain, unrecognizable in her role as the televangelist of “In the eyes of Tammy Faye”, seems “the most likely”.

Clayton Davis recognizes that this is the safest bet but notes that Penelope Cruz also has the wind in her sails and could create a surprise with her performance in “Madres Paralelas” by Pedro Almodovar.

Ariana DeBose should win for the second female role with the remake of “West Side Story” by Steven Spielberg but the latter will have a lot to do to have the upper hand on Jane Campion, say experts.

In absolute number of Oscars, it is the grandiose space opera “Dune” which should be the winner on Sunday evening thanks to its nominations in multiple technical categories, from photography to sound and special effects.

After two years of health restrictions, the Oscars ceremony returns to its traditional Dolby Theater on the Hollywood Walk of Fame.

The organizers and the ABC broadcaster hope that they will at the same time regain their audience, which has been in free fall in recent years.

To attract fans, the organizers launched this year a “fan prize”, called to vote on social networks.

It’s about the Oscars “seeing how they can reach a new audience, this TikTok generation,” says Clayton Davis.

The Queen of Pop Beyoncé and her young runner-up Billie Eilish will also be fishing for viewers on the Oscars stage, where they are in the running for their song “The Williams Method” and the latest James Bond respectively.

But if the audience stagnates, “or even drops a little more, then they will have a really big problem”, warns Scott Feinberg.

Tight competition for the Oscars, which seek to win back their audience