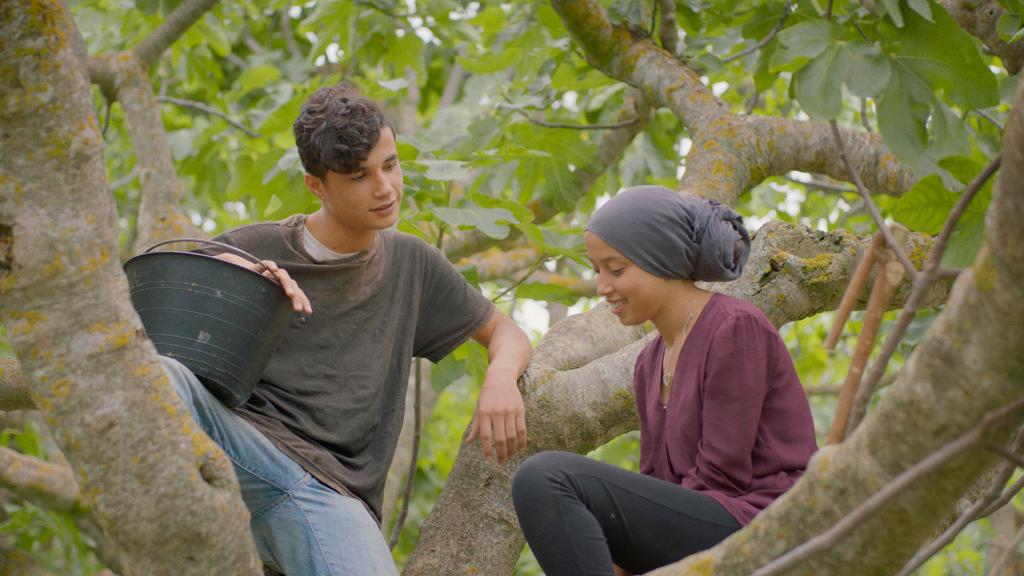 Crowned by the Revolution jury of the Cinemamed festival and already awarded at the Fiff in Namur, Erige Sehiri’s film hits theaters today. Over the course of an ordinary day, he explores the hopes of young people in Tunisia. Country he represents in the race for the Oscars.

The countryside is still asleep under the timid early morning sun. In the distance, a van is gradually taking over workers and a majority of women workers. It is the period of picking figs; the work requires skill and a skilled workforce, including many women known for their delicacy and tact. The orchard owner relies on his well-trained recruits to get the job done smoothly. Accustomed to working together, the women greet each other and share their hopes, worries and secrets along the way.

The problems of money and land, the eyes of parents, the lack of jobs and opportunities come up in all conversations. Through the daily life of these workers perched in the trees or carrying heavy baskets, the film paints a social portrait (status, wages, families) of Tunisia, carrying in its wake its share of present or thwarted loves. With honor and reputation in focus for each, whatever one may say…

The fig is a delicate fruit that must be picked at its peak without damaging it or breaking the branches of the tree that gave birth to it. The metaphor is valid for Tunisian youth impatient to set off in life and experience their first love… The director carefully films these faces where the depth of feelings and questions are inscribed. A cinema close to reality which helps to bring these anonymous, soft-eyed actors out of the shadows.
Light literally bathes this fiction with naturalistic photography and a documentary look. The story unfolds over this single day of picking, from sunrise to sunset. Through it, the traditions and challenges of the country come to light.

On the way to the Oscars

As the day progresses, Erects Sehiri (The Normal Way) explores love in all its forms (jealousy, envy, bravado, regret) and at all stages of life. The film reveals a youth torn between a desire for modernity (via social networks) and stifling traditions. Thanks to this unity of place and time – ten hours under the sun to see the men who grant themselves all the rights and the girls who claim their freedom – Erige Sehiri establishes a kind of cartography of daily life in this rural Tunisia evolving far from the noise of the big cities. A corner of the country in need of change, like its youth.

Despite some delays, this very organic second feature film by the Franco-Tunisian Érige Sehiri carries in its wake a lot of relevance, accuracy and sweetness. Sacred Bayard d’Or during the International Francophone Film Festival (Fiff) of Namur at the start of the school year, it was presented at the Directors’ Fortnight in Cannes. He represents Tunisia in the race for the Oscars.

What do you think of this article?

Be the first person to rate this article.

“Under the figs”: Tunisia’s Oscar candidate to see in theaters – La Libre Afrique