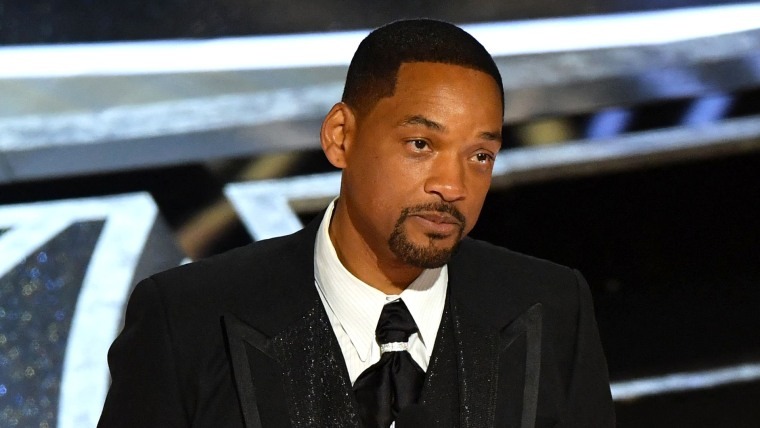 The Smith family is focusing on their ‘deep healing’ after the Will Smith Oscar controversy.

Jada Pinkett Smith’s “Red Table Talk” — which she co-hosts with daughter Willow Smith and mother Adrienne Banfield-Norris — returns for its fifth season on Wednesday. At the top of the Facebook Watch episode, a message apparently appeared regarding the actor’s recent incident that made headlines. The statement, however, did not name any names or refer to Will slapping Chris Rock at the Oscars.

“Given everything that has transpired over the past few weeks, the Smith family is focused on a deep healing,” the statement began. “Some of the discoveries around our healing will be shared at the table when the time comes. »

“Until then…the table will continue to offer powerful, inspiring and healing testimonies like that of our incredibly impressive first guest. Thanks for joining us, Jada,” the statement concluded.

He then started the ladies’ conversation with special guest Janelle Monáe, who was Willow’s “special request” and on her “Red Table Talk” wish list. The episode continued with Monáe discussing her sexuality, coming out as pansexual in 2018, and her family life.

The episode didn’t give any time on when the family would discuss recent events.

The Smiths are no strangers to discussing tough topics on the show. Jada and Will previously sat down for a special “Red Table Talk” episode in 2020 where they discussed his past “entanglement” with singer August Alsina.

Fans, however, were hoping the family would discuss Will’s heated moment with Rock at the March 27 Oscars.

The ‘King Richard’ star got visibly upset after Rock made a joke about Jada’s shaved head. The actor stood up and walked over to the comedian, before slapping him onstage. After returning to his seat, he shouted, “Keep my wife’s name out of your fucking mouth. Rock refused to file a police report that night, and Will won the Best Actor Oscar.

Will issued an apology to the Academy of Motion Picture Arts and Sciences, as well as Oscar attendees and viewers, before publicly apologizing to Rock.

After Will resigned from the academy, the board banned the actor from attending the Oscars — and all academy-related events and programs — for the next 10 years.

“I accept and respect the Academy’s decision,” Will said in a short statement to NBC News after the board’s decision.

“The 94th Academy Awards was meant to be a celebration of the many people in our community who did an incredible job last year; however, those moments were overshadowed by the unacceptable and damaging behavior we saw Mr. Smith exhibit on stage,” academy president David Rubin and CEO Dawn Hudson said in a letter obtained by NBC News.

The two added that the academy ‘did not handle the situation properly’ after it happened, saying they were ‘not prepared for this unprecedented’. They also sent a message of “deep gratitude” to Rock “for keeping his cool under extraordinary circumstances.”

Other than making brief comments about the altercation on his first stand-up show a few days after the incident, Rock hasn’t released an official statement about it.

” How was your week end? I don’t have a bunch of s— about what happened, so if you just heard that, I have a whole show that I wrote before this weekend. I’m still processing what happened,” he told his audience on his March 30 show in Boston. “So at some point I will talk about this s—. And it will be serious and funny.

As for Jada, she posted an Instagram with the message, “It’s a healing season and I’m here for it. »