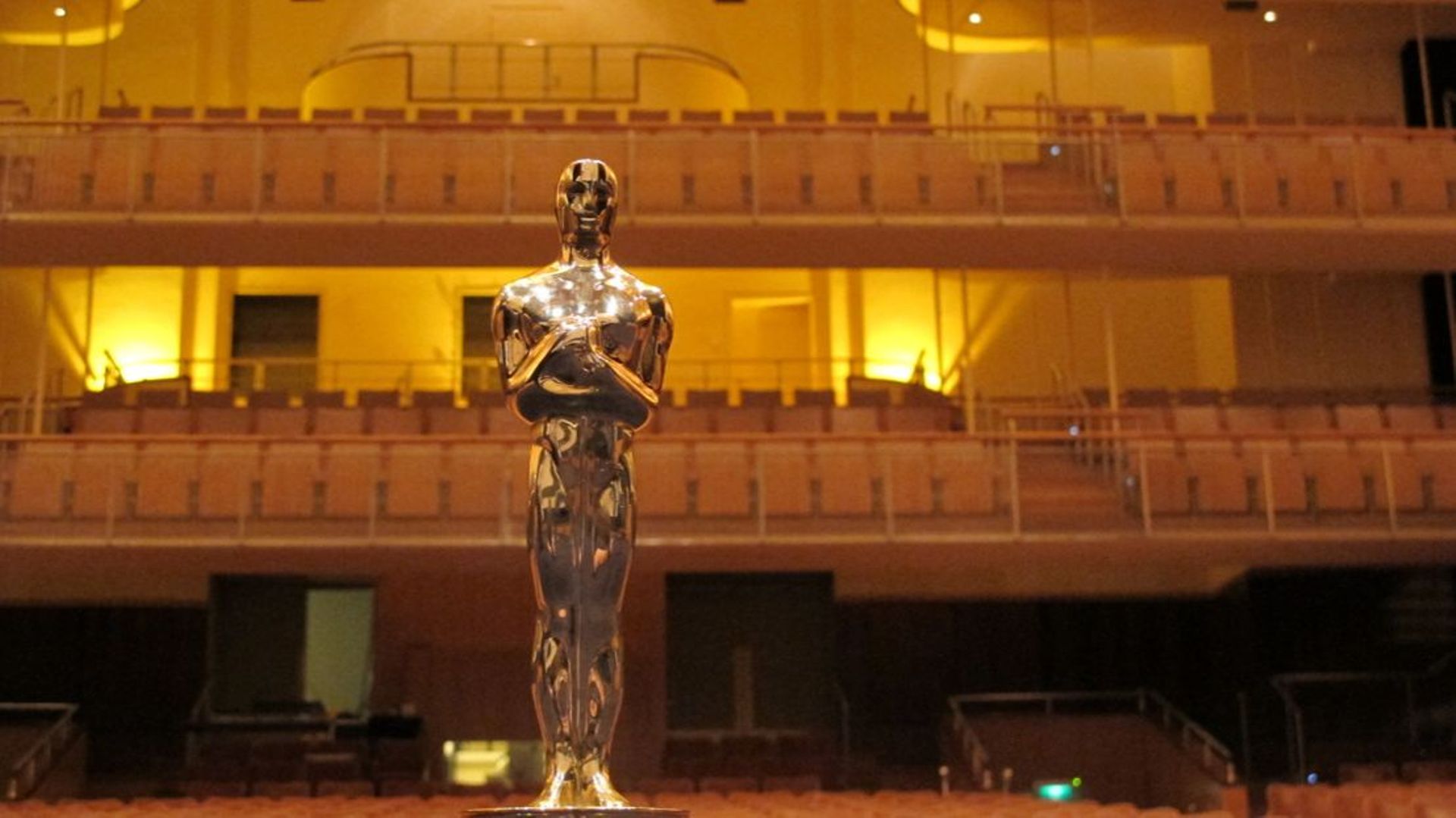 Already 10 years ago, the Brussels Philharmonic received the Oscar for best film soundtrack for its music for the film “The Artist”.

“The Artist” is a black and white silent film that tells the story of a movie star in 1920s Hollywood starring Jean Dujardin and Bérénice Béjo by French director Michel Hazavanicius.

The film was an unexpected success and has been awarded numerous prizes (53 in total!): several BAFTAs and Golden Globes and five Oscars, including Best Soundtrack. But did you know that this soundtrack was recorded in Brussels? All of the film’s music was recorded in four days studio 4 in Flagey. We tell you the underside of this recording!

The music of The Artist won more awards than Titanic or The Godfather.

In a silent film, the music plays an even more important role, it helps bring the images to life. The compositions of “The Artist” are signed by the French composer Ludovic Bource and it is the Brussels Philharmonic which has been chosen to interpret them. At the time, it was the first time that the Belgian orchestra recorded music for a silent film.

“Recording required a lot of tricks and maneuvers”remembers Ernst van Tiel, the director of the time. “Not all the music was ready yet. Even on the last day, at half past five in the morning, a new piece was slipping under my hotel room door and had to be recorded the same day. But the composer and I already had the feeling, after the first recording session, that it was going to be special. The energy of the orchestra was amazing, and she got better with every recording session. The musicians all gave their best.”

The musicians also have fond memories of this experience: “The recordings for The Artist have been interesting and very entertaining. The composer was in direct contact with the director in Los Angeles, which made it possible to bounce back very quickly. Even today, I listen to the CD from time to time. It brings back many beautiful memories.“says Tim Van Medegael, bass trombonist of the Brussels Philharmonic. On the evening of the Oscars ceremony, the orchestra had gathered in Flagey to watch the ceremony together.”The music Oscar was one of the last to be announced. So it was a big dump and the atmosphere was great.” remembers Ernst van Tiel, conduct.

This Oscar is one of the highlights in the history of the orchestra. It allowed him to gain international fame and opened many doors for them in the world of film music. Since then, the Brussels Philharmonic has recorded a lot of film music and once a year the Brussels Philharmonic even offers a live concert for a silent film. The latest was devoted to the film “Le Crique” by Charlie Chaplin.

10 years ago, the Brussels Philharmonic received the Oscar for best soundtrack for the film “The Artist”