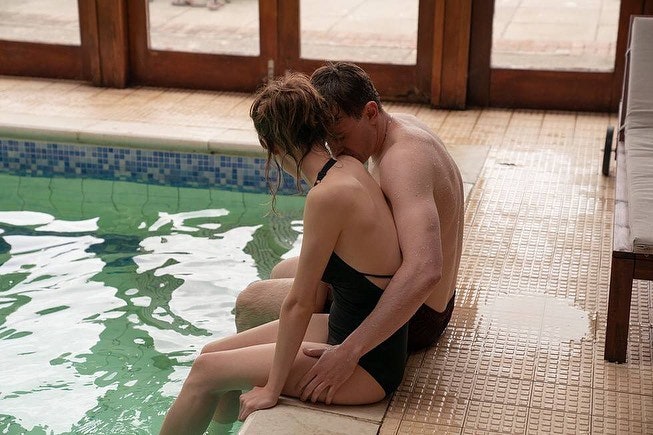 The first time thatIta O’Brien works as an intimacy coordinator, it is in 2018 for Sex Education. The result is brilliant as the series is a tremendous success. The mechanism is then launched to Itawhich surrounds more and more takes for productions netflix, HBOof the BBC or even of Warner Bros.. historical fiction such as GentlemanJack Where The Last Duel of Ridley Scott (film for which she collaborates with the actors Matt Damon and Adam Driver), to the triumph of the series I May Destroy You passing through the marvelous adaptations of the works of Sally Rooney, Normal People and Conversations between friends, Ita O’Brien is always on the lookout for cinematographic nuggets where intimacy is at the heart of the narrative. In these last two programs, it is indeed intimacy, in its most vulnerable aspect, which drives the story forward. It’s rare to see this on screen, but it’s beautiful. Behind this authenticity, there is the confidence of the actors, free to play serenely because they are supported by their intimacy coordinator. A support that Michaela Coel do not fail to greet in his speech when she receives the best actress award at the BAFTA (British Academy of Film and Television Arts) 2021 for her performance in I May Destroy You.

“Thank you Ita for making our industry a safe space, for creating physical, emotional and professional boundaries so that we could do works about exploitation and abuse without ourselves being abused in the process.”

This is how the creative industry welcomes intimacy coordination. In order to grasp all its facets, I spoke with Ita O’Brien. Selected pieces.

Meeting with Ita O’Brien, behind the scenes of her job as an intimacy coordinator

Can you explain what the job of intimacy coordinator consists of?
An intimacy coordinator is someone responsible for choreographing intimate scenes, whether for theatre, television or film, giving them a professional structure. Its role is also to advise, teach and transmit these guidelines to future practitioners. It’s quite new after all, but it’s important that it becomes essential to the industry.

When did you start practicing it?
Around April 2015, I started teaching the techniques that I applied on the sets where I worked. The students thought it was great. One day, they asked me if we could hope to see this become more democratic in the industry. This made me want to go even further in my approach. In 2017, I therefore shared my work with agencies and associations whose LDCs (Personal Managers’ Association) and Equity, the union for creative workers in the UK. We have created campaigns to promote the well-being and safety of employees on film sets. And privacy is obviously a parameter to be taken into account in this matter.

5 years after #MeToo, Ita O’Brien explains why the job of intimacy coordinator is essential in cinema