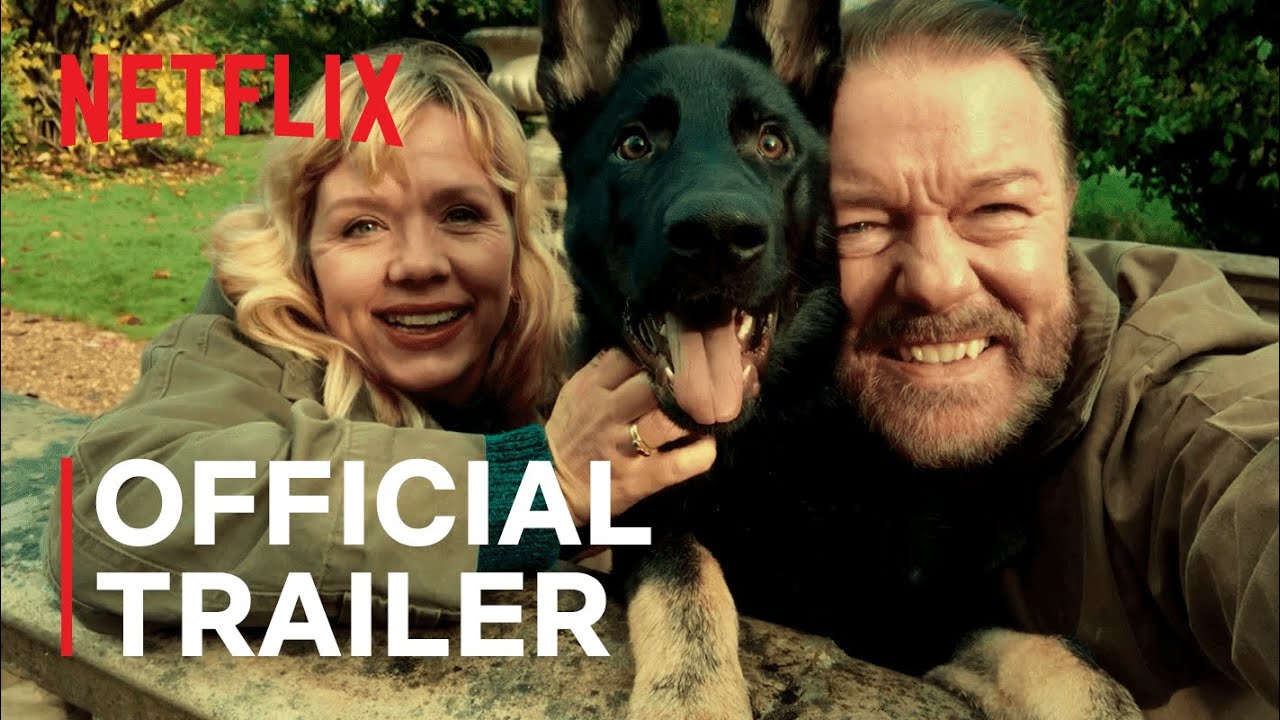 He has also presented the Golden Globes and starred in films such as Night at the Museum, Stardust, The Invention of Lying, Cemetery Junction and David Brent: Life on the Road.

Who is James? James is the son of June who begins his professional experience at the Tambury Gazette.

Where have I seen Ethan Lawrence before? Ethan Lawrence is best known for playing the role of Joe in Bad Education and has appeared in Trying Again, Modern Horror Stories and Horrible Histories.

Who is Brian? Brian is a local resident who regularly asks to be featured in the Tambury Gazette. He is also a hoarder and an aspiring stand-up puppeteer and comedian.

Where have I seen David Earl before? David Earl is a comedian who works regularly with Ricky Gervais, appearing in his Derek, Extras and Cemetery Junction projects. He co-wrote Rovers and The Cockfields with Joe Wilkinson and hosts the Gossipmongers podcast with him.

Who is Lisa? Lisa is Tony’s last wife. She died before the start of the series and is seen in flashbacks and amateur videos.

Where have I seen Kerry Godliman before? Kerry Godliman is an actress who is best known for playing Hannah in Derek and Nicky in Bad Move. She also starred in Miranda, Our Girl, Carters Get Rich, Save Me, Adult Material, and Taskmaster, which she won.

Who is Matt Braden? Matt is Tony’s brother-in-law and his boss at the local newspaper. In season 2, he separates from his wife.

Where have I seen Tom Basden before? Tom Basden has appeared on The Armstrong and Miller Show, The Wrong Mans, W1A, Quacks, The Windsors, Plebs, David Brent: Life on the Road and Mandy, but is also known for writing for shows like Fresh Meat, Peep Show and Gap Year.

Who is Kat? Kath works in advertising at the Tambury Gazette.

Where have I seen Diane Morgan before? Diane Morgan is best known for her character as Philomena Cunk in Charlie Brooker’s Screenwipe series, and for writing and starring in the BBC Two comedy Mandy. She also starred as Liz in Motherland and had roles in Mount Pleasant, Him & Her, Utopia, Uncle, David Brent: Life on the Road, Funny Cow, Frayed, Death to 2020, Death to 2021 and Intelligence.

Who is Sandy? Sandy is a feature writer at the Tambury Gazette. She joins the newspaper in the first series.

Where have I seen Mandeep Dhillon before? Dhillon has appeared in Some Girls, Doctor Who, The Good Karma Hospital, Zapped, CSI: Vegas, Adult Material, Star Wars: The Rise of Skywalker, David Brent: Life on the Road and Songbird.

Who is Lenny? Lenny is the photographer for the Tambury Gazette and June’s girlfriend.

Where have I seen Tony Way before? Tony Way is best known for his roles in The Girl with the Dragon Tattoo, Game of Thrones, Ali G Indahouse, Extras, Black Books and Edge of Tomorrow. He has also appeared in Des, Mandy, Giri/Haji, Inside No. 9, Doctor Who, Sherlock and Spaced.

Paul Kaye plays the role of the psychiatrist

Who is the psychiatrist? The psychiatrist is Tony and Matt’s therapist, who often goes into explicit detail about his personal life.

Where have I seen Paul Kaye before? Paul Kaye is best known for creating the character of Dennis Pennis on The Sunday Show and for his roles in Game of Thrones, Mongrels, The Stranger and Vera. He has also appeared in Pulling, Friday Night Dinner, Inside No. 9, Doctor Who, Zapped, Three Girls, The Third Day and Worzel Gummidge.

Who is Pat? Pat is Tony’s postman and eventually becomes his friend.

Where have I seen Joe Wilkinson before? Joe Wilkinson is a comedian and actor who has appeared on Live at the Apollo, 8 Out of 10 Cats Does Countdown and Taskmaster, and starred in Miranda, Derek, Sex Education, The Cockfields and Moominvalley.

Who is Anna? Anne is a widow whom Tony meets at the local cemetery while grieving for his wife.

Where have I seen Penelope Wilton before? Dame Penelope Wilton is an Olivier Award-winning actress, best known for her roles in The Borrowers, Downton Abbey and Doctor Who. She has also starred in Tom’s Midnight Garden, Calendar Girls, Shaun of the Dead, Pride and Prejudice, The Best Exotic Marigold Hotel and will soon star in Operation Mincemeat.

Who is Daphne? Daphne, also known as Roxy, is a sex worker who becomes friends with Tony.

Where have I seen Roisin Conaty before? Roisin Conaty is an actress who has starred in Man Down, GameFace and David Brent: Life on the Road. She regularly appears on panel shows such as 8 Out of 10 Cats Does Countdown, Have I Got News for You, Would I Lie to You? and participated in Taskmaster.

Who is June? June is Tony’s girlfriend and James’ mom.

Where have I seen Jo Hartley before? Jo Hartley has appeared in Mandy, In My Skin, The Cleaner, Bliss, David Brent: Life on the Road, This Is England ’90, Not Safe for Work, The Mimic and The Jury.

Who is Emma? Emma is a nurse in the retirement home that houses Ray, Tony’s father.

Where have I seen Ashley Jensen before? Ashley Jensen is a Scottish actor who is best known for starring in Extras, Ugly Betty, Accidentally on Purpose, Nativity and Agatha Raisin. She has also appeared in Gnomeo & Juliet, The Lobster, Lady and the Tramp, Catastrophe and Trust Me.

After Life season 3: the complete list of characters – Home Media