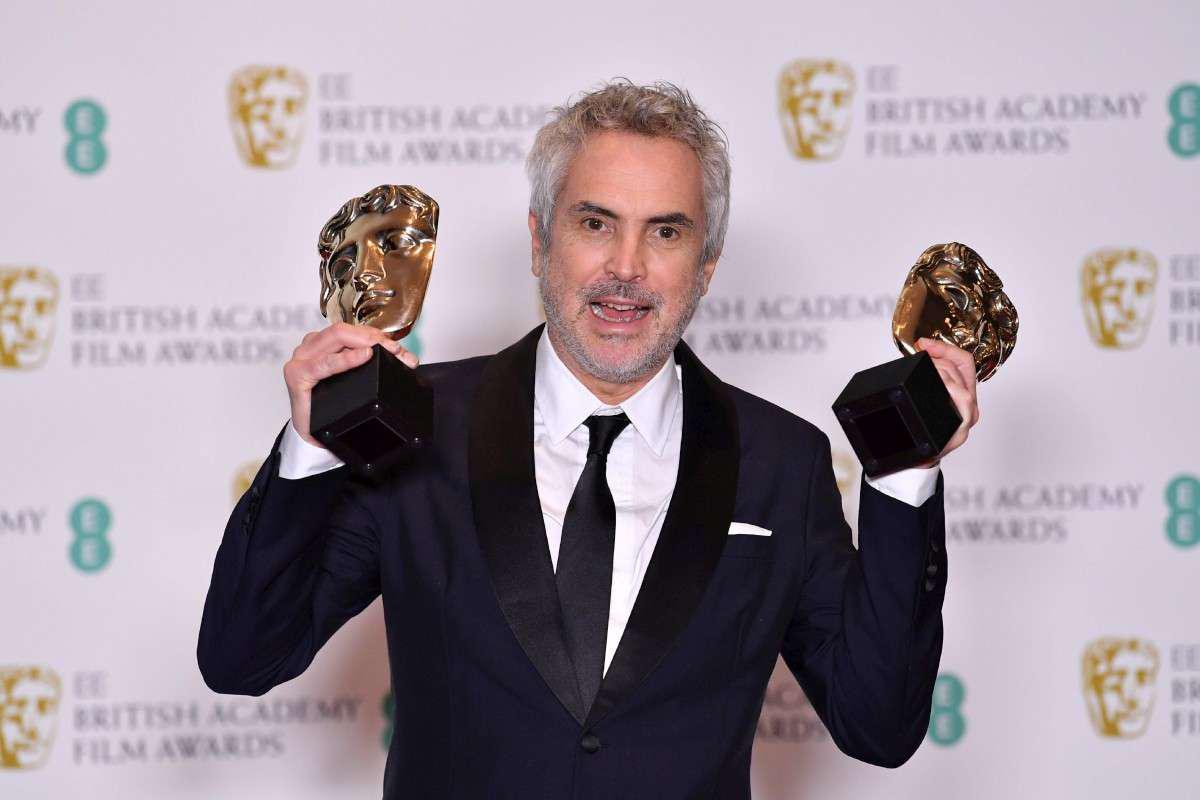 Several times rewarded for series in recent years, Netflix had never before signed such a resounding double at the Bafta. Enough to whet the appetite of the video platform to the 130 million users before the Oscars, “Roma” totaling ten nominations for the ceremony scheduled for February 24 in Hollywood.

For the Bafta for best director , the Mexican Alfonso Cuaron notably won ahead of Spike Lee (“BlacKkKlansman”), Yorgos Lanthimos (“La Favorite”) and Bradley Cooper (“A Star Is Born)”. In “Roma”, shot in Spanish and in black and white, Cuaron, Oscar winner for “Gravity” in 2014 depicts his childhood in a Mexico City neighborhood of the 1970s. The film, who has already received two Golden Globes , also won in the Best Film in a Foreign Language and Best Cinematography categories. “I am overwhelmed by the reception this film has received,” said Alfonso Cuaron, “congratulated” on Twitter by Netflix.

Organized at the Royal Albert Hall, the evening was also a success for the period film “La Favourite”, which, in the absence of the prize for best film, reaped a fine harvest of awards: best British film, best decorations, best makeup and hairstyles, Best Supporting Actress (Rachel Weisz), Best Original Screenplay, and most importantly, best actress a Bafta awarded to Olivia Colman for her portrayal of Queen Anne.

Oscar-nominated and Golden Globe winner for the role, the 45-year-old British actress edged out Glenn Close (“The Wife”) and Lady Gaga (“A Star Is Born”), among others. Sovereign, sometimes all-powerful, sometimes miserable, Olivia Colman skims over this dramedy set in 18th century England, where a confidante and a courtesan compete for his favors.

On the men’s side, the American actor Rami Malek, 37, received the Bafta for best actor for his portrayal of Freddie Mercury, Queen singer, in “Bohemian Rhapsody” . “When I started preparing for the role of Freddie Mercury, I wondered if I was going to be up to it. It’s a huge responsibility, but one that I was eager to take on,” he said. -he declares.

Shadow on the board for “Bohemian Rhapsody”, the British Academy of Film and Television Arts (Bafta) had suspended the nomination of its director, Bryan Singer, following accusations of sexual assault reported by the magazine The Atlantic, which he denies.

“Roma” and “La Favorite” finally left only crumbs to their direct competitors. “A Star Is Born”, on the rise of a young singer interpreted by Lady Gaga, will have to console itself with the Bafta for original music “BlacKkKlansman” with that of the adapted screenplay, and “Vice” with that of the editing.

I can’t believe we just won Best Original Music @BAFTA ‘s . I wish so much I was there but am at the Grammy’s to show them our love as well. We made a film about music. This means the world to me. Thank u to all our fans we love u so much, we wouldn’t be here without u #BAFTAs pic.twitter.com/nD8QZgwySB

In the animated film category, the British academy rewarded “Spider-Man: Next Generation” in which a new black and Latino Spider-Man takes center stage against a Peter Parker confined to a role of mentor.

The Bafta for best documentary went to “Free Solo”. The film recounts the spectacular, ropeless ascent of El Capitan, a granite wall in Yosemite Natural Park in California, by Alex Honnold, a first that fascinated the world of climbers and sent the production team into a cold sweat. “One of the reasons the movie is so great is because I had so much faith in the filmmakers to tell the story. I was able to focus on exactly what I needed to do to pull off this climb “, reacted Alex Honnold.