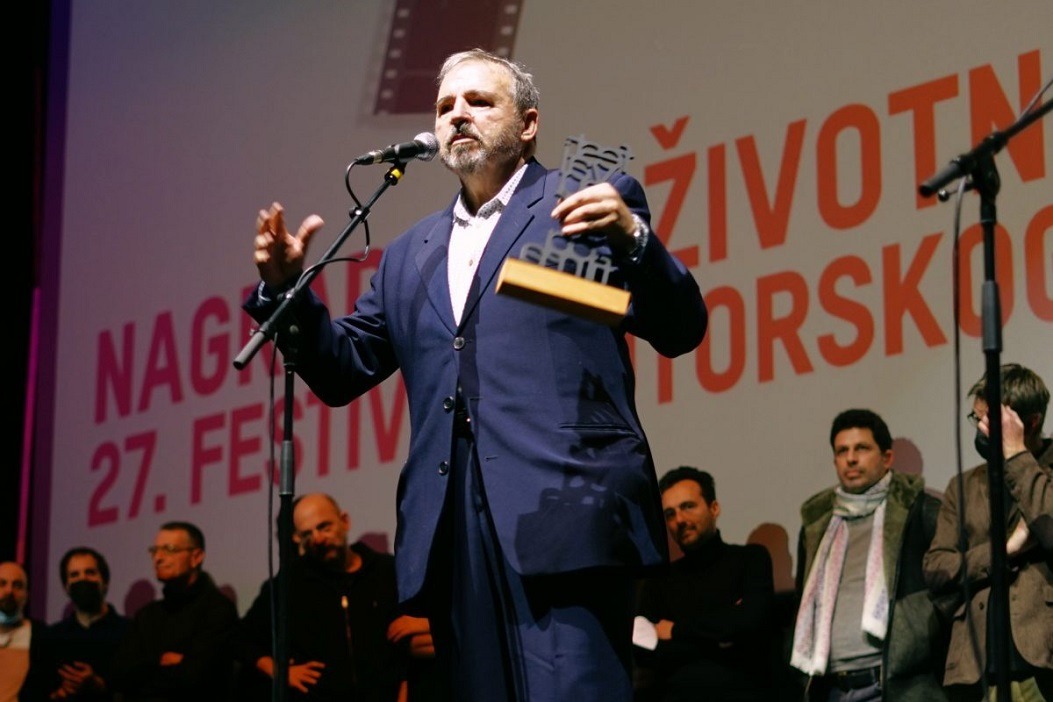 07/12/2021 – The festival ended with the screening of Janko Baljak’s film on Želimir Žilnik, in the midst of a scandal around the fact that FCS refused funding to Žilnik, Goran Marković and Srdjan Dragojević

It has been an explosive week in Serbia, with mass protests (see the news) over President Vučić’s plan to allow the infamous Rio Tinto mining company to extract lithium in the country, and a Film Center Serbia (FCS) funding controversy that overlapped with the 27th edition of the Belgrade Festival of Author Film (November 26-December 3).

The event closed with an out-of-competition screening of Janko Baljak‘s documentary ŽŽŽ (Journal About Želimir Žilnik) [+lire aussi :
critique
fiche film]a tribute to the legendary Serbian director whose career spans over 50 years, and whose new project fell victim to a scandal involving the managing board of Film Center Serbia that unfolded during the last few days of the festival.

In detail, the FCS’s managing board overturned the decision on the funding allocated following the special competition for projects by eminent directors. The selection committee that decided on the funding, chosen by the FCS, approved financing for the new projects by Žilnik, Goran Markovic and Srdjan Dragojevic, which was then canceled by the managing board. Even though the board includes professionals such as filmmakers, film journalists, critics and archivists, it is presided over by a political figure close to President Vučić, Jelena Trivanwho has been at the center of other controversies, including last year’s untransparent selection of Dara from Jasenovac as Serbia’s Oscar submission.

On the other hand, Marković is a vocal opponent of the regime, Žilnik’s films are always anti-authoritarian and subversive, and Dragojević’s new project deals with topics that would likely turn out to be tricky for Vučić. Plus, his features are very popular with audiences.

The competition for eminent directors has been introduced to facilitate easier access to funding for filmmakers with a proven track record, but the managing board canceled the committee’s decision without any formal explanation. This prompted an outcry in the public and the press, including scathing statements from trade unions, to which the board responded by saying that the contest would be repeated and that the filmmakers were free to apply to it and any other funding contest – which essentially defeats the purpose of the competition that the FCS established in the first place. The fallout from the controversy saw several members of the managing board resign.

During the festival, Marković received a Lifetime Achievement Award, and the board of the festival, headed up by Srdan Golubovicanother acclaimed filmmaker and outspoken opponent of the current government, issued a statement at the closing ceremony, saying that it stands with Marković, Dragojević and Žilnik, warning that this “case of a collision between art and politics feels like censorship” and asking, “Does it make any sense to have a film festival in a country where freedom of artistic creativity is in danger?”

Here is the full list of award winners at the Festival of Auteur Film: