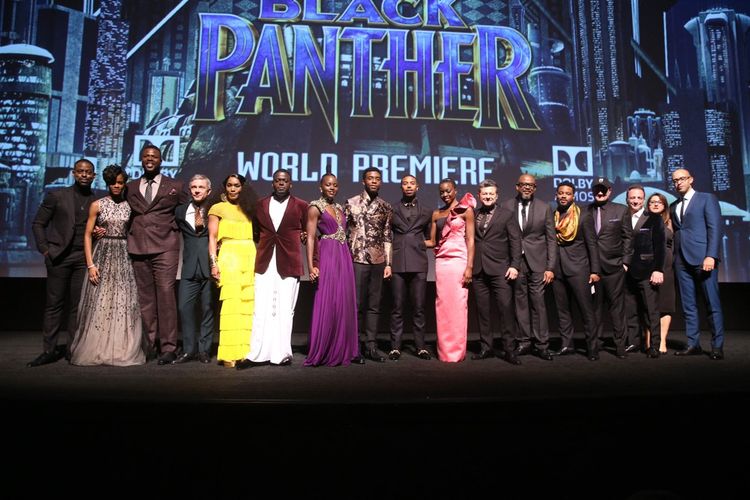 If in the summer of 2021 the Cannes Film Festival rewarded actress Jodie Foster this year it was Forest Whitaker, with whom she shot in “Panic Room” (2002), who received this honor: “Coming to Cannes for the first time 34 years ago changed my life and confirmed that devoting myself to seeking different relationships with humanity through cinema was the right decision,” said Forest Whitaker in a press release.

This prize, awarded on May 17 on the occasion of the opening ceremony of the 75th Cannes Film Festival celebrates his entire career, but above all a man whose generosity on screen and behind the camera has profoundly changed the world of cinema.

Thank you so much Cannes! Receiving the 2022 Honorary Palme d’or is a grace beyond words! My gratitude goes to Pierre Lescure and Thierry Frémaux for granting me this award, and for their commitment to cinema as a universal art pic.twitter.com/43CRULfcoJ

At 60, Forest Whitaker is certainly no stranger to the Croisette. He received the first prize of his career at the Cannes Film Festival in 1988 for his role in “Bird” by Clint Eastwood, where he played the saxophone virtuoso, Charlie Parker. A hard worker, he prepares intensely for the role, never skipping saxophone lessons and goes so far as to lock himself in the preparation of the film with only a sofa, a bed, and the instrument in question. .

A palm obtained at the cost of great effort at only 27 years old, which is only the beginning of the love story which unites the filmmaker and the Palais des Festivals – he will return to it six times – and the proof that Forest Whitaker is indeed the prestigious guest of this 75th edition. But it was another film, “The Last King of Scotland”, directed by Kevin Macdonald in 2006, which put Forest Whitaker in the spotlight…

With his monumental portrayal of Ugandan dictator Idi Amin Dada, the actor landed a second Golden Globe, an Oscar, and nominations at most international awards, from the BAFTAs to the SAG Awards.

After two decades of roles galore, between the small and the big screen, Forest Whitaker is once again making headlines in the cinema press for his role in “The Butler” by Lee Daniels in 2013. He lends his features to Cecil Gaines, the black butler of the White House for almost 34 years. Based on a true story, the film was both a commercial and critical success. If it does not allow the actor to obtain new awards, the film makes Forest Whitaker a recognized figure in American and international cinema.

The actor multiplies performances that have little in common except his magnetic presence, among which we can mention “The Color of Money” by Martin Scorsese in 1986, first role with a renowned director, “Zulu”, a thriller by Jérôme Lasalle which opened Cannes in 2013, or even “Respect”, a biopic that traces the journey of Aretha Franklin . Navigating from one genre to another, Whitaker’s love for cinema knows no borders since he wants to be as much an actor in independent productions as in blockbusters from the Marvel or Star Wars stables.

Director and producer, the filmmaker puts on all the hats with ease. During his career, he directed four feature films, and his first, “Strapped”, earned him an award at the Toronto Film Festival in 1993. But one of Whitaker’s vocations is also to accompany others. Alongside producer Nina Yang Bongiovi, he is determined to help elevate filmmakers who find it more difficult to fit into the very compartmentalized world of cinema, through their company Significant Production.

A success since in 2015, “Fruitvale Station”, the first film by Ryan Coogler, who would later become the director of “Black Panther”, was awarded the Grand Jury Prize at the Sundance Film Festival. The film, which recounts the murder by the police of the young Oscar Grant, a black man, in the United States is a success and opens the door to other major productions for the filmmaker.

Her artistic choices continue to reflect her eclectic tastes, at all levels. After the dramatic comedy “Dope” in 2015, it is at Netflix that Forest Whitaker produces his latest films. Black and white drama for “Clair-Obscur” by Rebecca Hall or absurd and caustic comedy in the case of “Sorry to Bother You” by Boots Riley, Forest Whitaker chooses projects which, in appearance, fall within the great gender gap. Except for one thing, the importance he gives to the representation of black experiences and identities on screen.

The 60-something’s interest in strong roles often has roots in his own activism. Having grown up in the poor neighborhoods of Los Angeles, the actor is committed to fighting against racial discrimination, poverty and inequality. A sensitivity to which Thierry Frémaux, general delegate of the Festival, did not remain unmoved: “I was able to closely observe his convictions as a man, the attention he pays to the young generation and his faith in a better world, to which he himself contributes,” he said.

A perfect tribute to the filmmaker’s activism, the Cannes Film Festival has decided to broadcast “In the Name of Peace”, directed by Christophe Castagne and produced by Forest Whitaker, in a special screening on May 18. The film, which recounts the struggle for peace and the hope of a camp for displaced people in South Sudan, is a cause dear to Forest Whitaker, who in 2012 founded his own NGO. In addition to South Sudan, the Whitaker Peace and Development Initiative works around the world to support communities affected by armed conflict and violence.

From the United States to Uganda, via Mexico, nearly 380,000 people were helped by Forest Whitaker’s programs in 2019, and he does not intend to stop there. The filmmaker is now turning his gaze to a destination that we know well: Seine-Saint-Denis.

The Forest Whitaker project in France

Between the filmmaker, named Knight of the Order of Arts and Letters in 2013, and France is writing a story that goes far beyond the Croisette and its glitter. On the occasion of the Peace Forum, in November 2021, Forest Whitaker traveled to France to announce the desire to set up its NGO in Seine-Saint-Denis .

After the Oscar-winning actor met Stéphane Troussel, the president of the department, and other French political figures on November 13, everything suggests that his project is on the right track. It is through a program entitled “Young Leaders for Peace” that Forest Whitaker intends to help the poorest department of France.

Still in the implementation phase, the NGO intends to manage the creation and supervision of learning centers for better access of the local population and young people to computer tools, entrepreneurship and mediation techniques, as well as assist in the professional reintegration of young prisoners. A strong commitment that reminds everyone that cinema should not cut itself off from reality, which the filmmaker will no doubt mention in his acceptance speech.

Forest Whitaker and Cannes in 6 dates

1991: He plays in the film “A rage in Harlem” by Bill Duke, presented in competition in the official selection.

1993: He plays Major Collins in “Body Snatchers” by Abel Ferrara, competing in the official selection.

1999: He holds the title role in “Ghost Dog: The Way of the Samurai” by Jim Jarmusch in competition in the official selection.

2006: A restored copy of the 1986 film “Platoon”, directed by Oliver Stone, in which he played Big Harold, is presented at the Canne Classics selection.

2013: “Zulu” by Jérôme Salle, in which he shares the bill with Orlando Bloom, is presented out of competition.