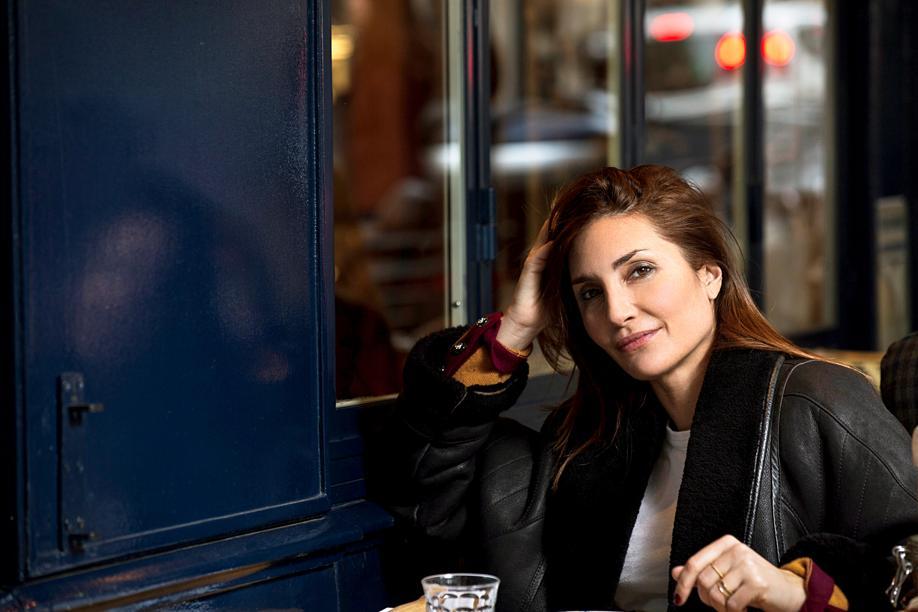 Between two writing sessions, the director gives us her favorite addresses in the capital.

In just a few months, Audrey Diwan has become a key figure in French cinema. His stunt? The Event, her second feature film, which, adapted from the autobiographical story of Annie Ernaux, follows the journey of a student, in 1963, fighting to keep control of her body and her future, after becoming involuntarily pregnant.

Touching and universal, engaging body and mind, the film has been racking up awards and international spotlight since the start of the school year: a Golden Lion at the Venice Film Festival, a nomination in the directing category at the BAFTA 2022 (l british equivalent of the Oscars) or even the César of the revelation for the actress Anamaria Vartolomei at the end of February. Strengthened by this recognition and a very nice career as a screenwriter (La French, BAC Nord…), Audrey Diwan is working today on her third feature film, a series on the relationship of women to their bodies, and on the next films by Gilles Lellouche, Valérie Donzelli, and also by Teddy Lussi-Modeste, a screenplay on the collapse of the school institution.

Read alsoAudrey Diwan, director of “L’Événement”, Golden Lion in Venice: “I wanted sensuality to be as present as suffering”

In video, “The Event”, by Audrey Diwan

This life as an author, the Parisian (born in the XVIand) has always led her between her apartment and the cafés of Montmartre, a district she has just left for the nearby IX and arrondissement. But after twenty years on the Butte and its surroundings, the XVIIIand remains his HQ. “I have seen the face of Montmartre change, but there remains something familiar, reassuring and popular in the relationship with others, a form of hyper-proximity, village sociability and a romantic dimension. This district corresponds to everything I love: the noisy and the lively, and above all places with an identity and a singularity that they defend, like the people who embody them. Among them, Marie-Rose, passionate about words, or Christophe, the cinephile, whom the director and screenwriter presents to us during a sunny afternoon.

“L’Événement”, on DVD and Blu-ray on March 30, Wild Side Editions. Available on VOD.

“For the Césars, my best friend, Caroline de Maigret, booked me a facial massage at the Hôtel Rochechouart with facialist Sophie Carbonari. A gentle and personalized method that takes into account body and mind.

“My tastes are linked to the stories that people tell me through places and objects. That’s what my friend Alizée Guinochet does with her And… Paris jewelry. Delicate, elegant pieces that can be layered and found at Bon Marché.”

“I really like the Cinema Gallery, by producer Anne-Dominique Toussaint. It highlights talents that the general public sometimes identifies less, such as directors of photography Ed Lachman and Agnès Godard, whose photo I recently bought.

“The Théâtre du Rond-Point approaches the contemporary with a great deal of freedom. I remember Anne Berest’s sublime staging with Lolita Chammah for Visit, and I really want to see I had my little flower dress, with Alice de Lencquesaing.

“The Christine Cinema Club (ex-Action Christine) is one of my favorite cinemas: Lorenzo Chammah and his team offer rare films there, and magnificently maintain the memory of cinema from here and elsewhere.
4 Christine Street, 75006. pariscinemaclub.com/christine

“I am a member of the ARP, which defends authors, directors and producers, and we often meet at the Cinéma des Cinéastes. The director, Arnaud Boufassa, is a militant and committed cinephile who encourages us to reflect on our profession and how to do it. There is a philosophy in this place that corresponds to the way I like to work: in a collective approach. »
7, avenue de Clichy, 75017. cinema-des-cineastes.fr

“I’ve been going to the Vidéo Club de la Butte for twenty years, and the closer I got to screenwriting, the more I used the place and the advice of Christophe Petit as my university. He introduced me to the different film schools and guided me to Mungiu, Loach, Kore-eda… The platforms cover an increasingly vast field, but they have gaps that Christophe always fills in. It is rare and precious.”
49, rue Caulaincourt, 75018. Tel. : 01 42 59 01 23.

“those yearsit’s the name of a flea market where I often see objects from the 1970s that rocked my childhood, such as the dishes or the lamps that we found at our grandparents’.
39, rue Caulaincourt, 75018. these-years-la.com

“When I arrived in the IXand, my producer, Édouard Weil, invited me to Le Bon Georges. This warm, old-fashioned restaurant is a joyously gourmet and generous trap, between homemade pie and confit beef cheek.»
45, rue Saint-Georges, 75009. lebongeorges.paris

“I spend way too much time at Quatrehomme, whose selection of cheeses is exceptional. I have long had little interest in food. I liked the bars and the nights, but since I was 40 I have loved the day and good food: it is the natural path of a life.
26, rue des Martyrs, 75009. fourman.fr

From Montmartre to Odéon, Audrey Diwan’s best addresses in Paris