We are pleased to announce that Guillaume Rocheron, the multiple Oscar-winning visual effects supervisor, has joined DNEG’s Los Angeles studio.

In 2020, Guillaume received an Oscar and a BAFTA award thanks to his work on 1917, for which he and his crews created long shots that fit perfectly together in an attempt to create the illusion that the two-hour film was one continuous sequence shot. In the past, he had also won an Oscar, a BAFTA award and a Visual Effects Society (VES) award for his work on Life of Pithe acclaimed film directed by Ang Lee.

With over two decades of experience in the industry, Guillaume has a long list of productions he has worked on as a visual effects supervisor. This list includes the sci-fi thriller by Jordan Peele, BoopMichael Dougherty’s gigantic blockbuster, Godzilla: King of the Monstersand Rupert Sanders’ sci-fi movie Ghost in the Shell, to name a few.

More recently, Guillaume supervised the visual effects of bardoFalse Chronicle of a Handful of Truths, directed by Alejandro G. Iñárritu, which will be released on December 16, 2022 on Netflix.

Regarding his employment at DNEG, Guillaume said:

“It’s been amazing to see how DNEG has evolved over the past few years, as well as how Namit and his team have transformed the company into a true rallying point where filmmakers can create stunning visual effects. I look forward to starting this collaboration with the talented artists, engineers and technicians at DNEG and joining an international team that includes so many seasoned supervisors. DNEG’s mentality, which favors the filmmaker, emphasizes innovation and is committed to its people, is something that I find very appealing. I look forward to embarking on new collaborations with some of the most innovative filmmakers in the world.”

Our Managing Director and President, Namit Malhotra, wanted to add this: 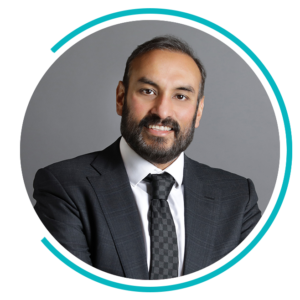 “I have known and admired Guillaume for several years. He is a unique talent in our industry. As a supervisor respected and admired by many, Guillaume has produced exceptional work throughout his career. Whether it’s his technical prowess for 1917, his futuristic universe in Ghost in the Shell or the wide range of techniques and disciplines he used for Nope, Guillaume is a supervisor who always pushes the limits and knows how to obtain the best results from his teams. With great opportunities on the horizon, 2023 is shaping up to be an exciting year for DNEG and I look forward to counting Guillaume as a member of our core creative team. I look forward to seeing how he will help define DNEG’s growth over the next few years.”

Please join us in warmly welcoming Guillaume to our team!