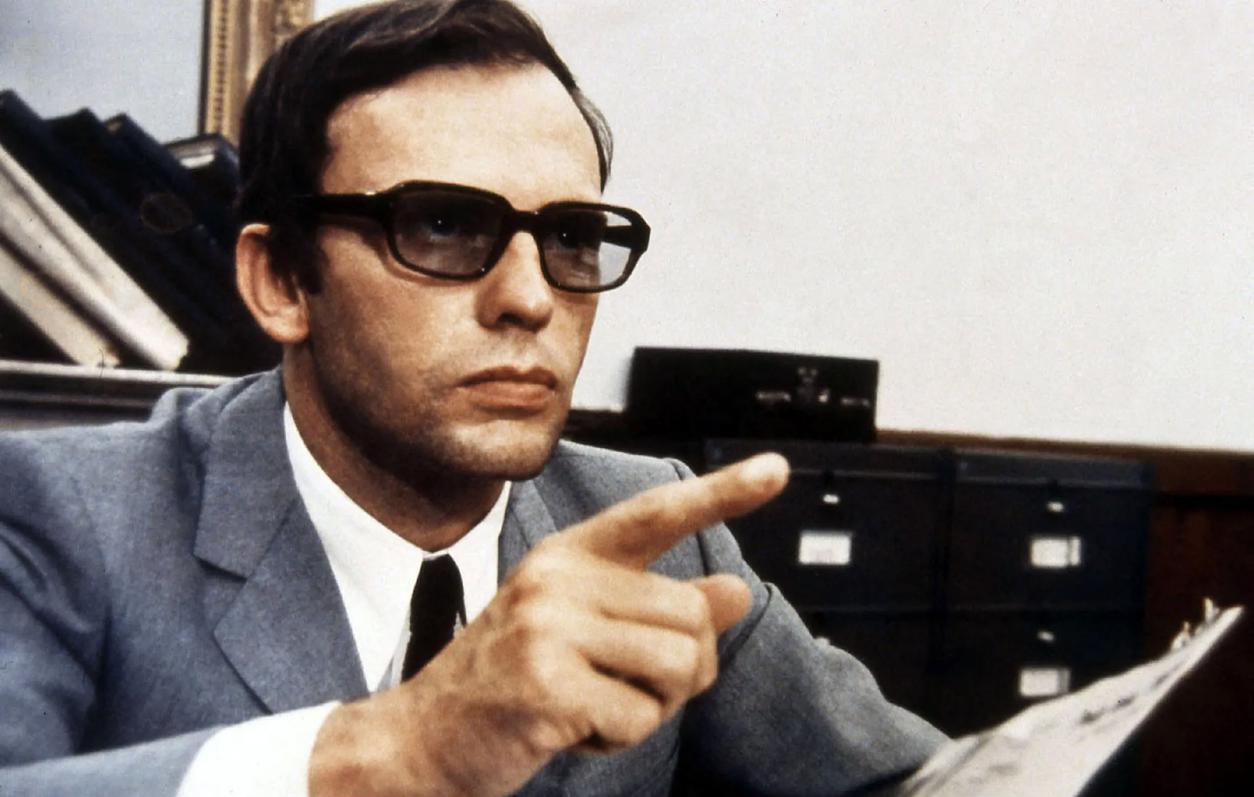 This shy man struggling with his own notoriety had imposed an extraordinary style. He faded away at 91.

He had neither the beauty of Delon nor the physique of Belmondo. He had a mad charm. A way of being there without being there that requalified the classic canons of masculinity and ended up imposing an existential character – always vague. Of him and the other two he would say: “I made the films that Delon and Belmondo refused”. Born in 1930 in Piolenc in the Vaucluse, Jean-Louis Trintignant is the son of an entrepreneur, and the nephew of a racing driver whom he dreams of being like. Law student, after attending a performance by the miser, he goes to Paris where he fights with himself to erase his southern accent which he finds laughable when it comes to declaiming the great texts. He entered the cinema in 1956 in four films including And God created the woman by Roger Vadim, in which he witnesses the explosion of Brigitte Bardot, an object of scandalous desire and a revolutionary body that overturns everything on the map of morality.

From that moment on, Trintignant watched himself go without ever granting a single compliment to the born actor that he is, despite having won international stature in A man and a womanfilm phenomenon of the 60s. In 2008, in a documentary by François Chayé, on a half-smile that packs more than a long series of slows, he confesses: “It’s because I was pretty, if I hadn’t been pretty, I wouldn’t have made a movie”. In 2005, in I have an appointment with you of Sandrine Dumarais, he re-evaluates his abilities downwards: “I don’t do anything easily, I work harder than others because I may not be very good”. A left-wing man without being an activist, a man wounded by the death of two children (Pauline in 1969 and Marie in 2003), a man of the land more than a socialite, Trintignant loved wine, poetry, tranquility, but not really fame.

Brigitte Bardot does not find it sexy enough. Jean-Louis Trintignant considers it too superficial. The equation imagined by Roger Vadim, Bardot’s then husband, only seems to work on paper. And yet… Even if Trintignant seems to deliver a foretaste of the image that will stick to his skin – that of a shy man doomed to the background -, in 1956, And God created the woman exhibits sensuality, product of the encounter between the young director and the young wife of the director. The filming, which is going much better than expected, sees the birth of an idyll between Bardot and Trintignant, interrupted during the months of military service from which the actor – at 27 – can no longer escape. During his absence, Gilbert Bécaud will take his place in the arms of Bardot… About And God created the woman, which redefines the representation of sexuality on screen, Trintignant said: “The charm of the film is Bardot. But if we remove Bardot, it’s really not terrible”.

The man in A Man and a Woman

Ten years after And God created the woman, Claude Lelouch directs a production – at the limit of the amateur film – where he still tackles the question of the couple. By playing on Trintignant’s passion for car racing (in the film, he is a test driver), the director stages a love story between two people scarred by mourning who, in Deauville, become closer, move away and meet again. In 1966, with a Palme d’Or at Cannes, two Oscars, two Golden Globes and a BAFTA, A man and a woman walks on a carpet of roses and allows Trintignant to leave the category of eternal young first. After the success of this film, so telling in the mythology of French cinema, the actor can finally choose his roles. Later he will say: “There are things that are good in the film. A spontaneity, a freshness, a naivety that is pretty”. How to prove him wrong? In 1986, Lelouch signed a sequel – A man and a woman: Twenty years already. In 2019, Lelouch again brings together Trintignant and Aimée in The best years of a life. In 2002, Vincent Delerm sings “It’s a bit disappointing, Deauville without Trintignant”.

In 1969, he found Costa-Gavras with whom he had already toured Compartment killers in 1965. Political film inspired by the regime of the colonels in Greece, Z features Trintignant in the role of an examining magistrate with the look of a civil servant. Of this pair of glasses with smoked lenses, Costa-Gavras will say that she is the mask obliging the actor to slip into the skin of the character… The film allows him to display his left-wing convictions without fear, he says in a television interview, the consequences for the rest of his career, marked by an interpretation prize at Cannes where Z is presented in the official selection.

If he acted in avant-garde films (Trans-Europ-Express, The man who liesand Gradual shifts of pleasureall by novelist Alain Robbe-Grillet), in the first feature film by his wife Nadine Trintignant (My love, my love), in an initiatory Chabrol (deer), and in a historical Rohmer (My night at Maud’s ), Trintignant is also known for having come a long way in Italian cinema. As a young first in Violent summerof Valerio Zurlini whom he joined later on The Tartar Desert in the braggart by Dino Risi, but also in the more or less failed western The great silence by Sergio Corbucci and in the very successful The terrace of Ettore Scola where he rubbed shoulders with those who are called “the colonels” – Marcello Mastroianni, Vittorio Gassman and Ugo Tognazzi. If he makes a few insignificant appearances in American cinema and if he agrees to dub Jack Nicholson in French in The Shining of Kubrick, he refuses roles in Encounter of the Third Kind of Spielberg and in Apocalypse Nowby Coppola.

In the 1960s and 1970s, when he worked in Italy, Trintignant frequented the cream of left-wing filmmakers. Among them, Bernardo Bertolucci illustrates his Marxist convictions through his cinema, particularly in The conformist , anti-fascist film in which the French actor plays the main role. Filming took place in Rome in 1969 – a painful journey for Trintignant who had just lost his ten-month-old granddaughter Pauline. At the end of filming, Jean-Louis and Nadine Trintignant isolate themselves and let themselves be carried away in a slow drift where drug use fuels their state of sadness. The couple does not stand the test. Nadine Trintignant falls in love with Alain Cornaud, from this experience of mourning, she draws a vaguely forgotten film – It only happens to others(1970) -, yet marked by the electric presence of Catherine Deneuve and Marcello Mastroianni. From his performance in The conformist , Trintignant, recalling how sensitive he was, will say that she has never been so good. Bertolucci, he will admit to having used this vulnerability to push the actor into his ultimate entrenchments.

He admits regretting the appointment validated very late with François Truffaut whose work he admires in which he recognizes himself. As it spins Can’t wait for Sundaywith Fanny Ardant, a typical Truffaut of the 80s, he says he doesn’t understand how the director didn’t hire him earlier, even if he admits that his performance in the film isn’t great. The sequel proves, however, that it still exists in the eyes of the new generation. He enters the cinema of Krzysztof Kieslowski (Three colors: Red ), Jacques Audiard (Watch the men falland A very discreet hero), by Patrice Chéreau (Those who love me will take the train), by Samuel Benchetrit (Janis and John), then married to his daughter Marie Trintignant.

The other immense pain

It all started with a conversation at the table, and it all ended on stage. In 1999, tired of the cinema world, Trintignant returned to the theater with his daughter Marie. Together, they caused a sensation in this reading of Apollinaire’s Poèmes à Lou and in Comedy on a station platform. In 2003, devastated by the death of Marie, who, at the age of 41, succumbed to the blows inflicted by her companion Bertrand Cantat, he spoke at her funeral and, in a heartbreaking sob, pronounced this sentence: “Don’t mourn the one you lost, rejoice that you knew her ”. He did not attend Cantat’s trial in Vilnius, at the end of which the singer was sentenced to eight years in prison… 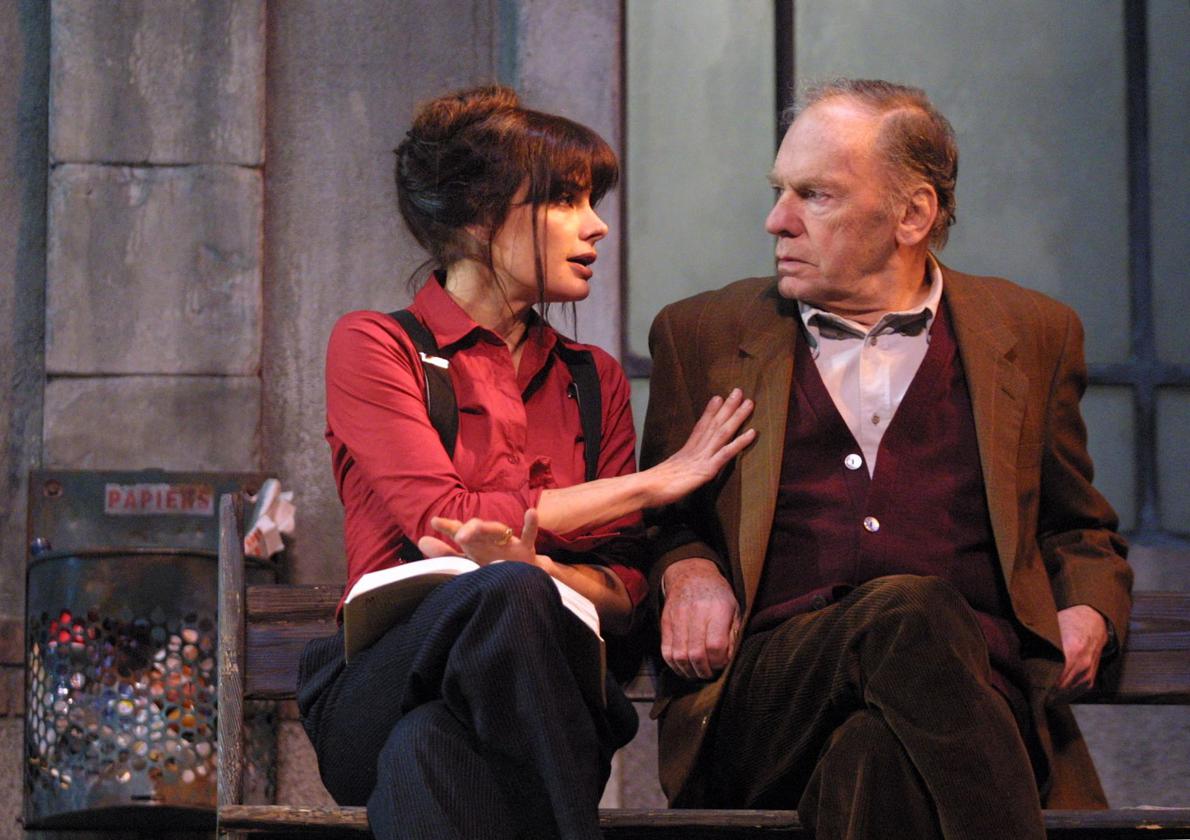 After ten years of silence at the cinema, he returns in a raw film of emotions, Loveby Michael Haneke. In the show One day, one destiny, Margaret Menegoz, producer of the film, explains that in 2010, he was very depressed when she offered him to shoot under the direction of Haneke. “He talks to me about his suicidal thoughtsshe says, and I tell him “It’s okay, you can always kill yourself after the movie.” In 2012, the story of this old man struggling with his wife’s illness, played by Emmanuelle Riva, was shown at Cannes. The film won the Palme d’Or. At 82, already diminished, Trintignant goes on stage. In 2017, he announced that he had prostate cancer.