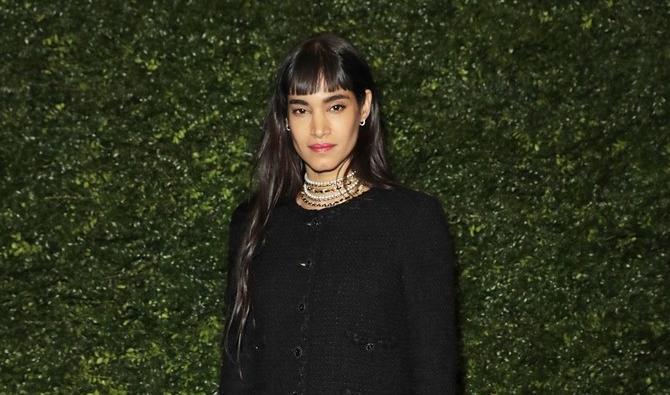 DUBAI: Sacha Jafri is one of the most famous artists in the world, and not just because of his obvious talent. This 45-year-old man has a knack for doing things that have never been attempted before. Later this year, he is expected to become the first person to have his artwork displayed on the Moon. He holds the Guinness World Record for the largest painting on canvas (Journey of Humanitywhose size is 1595.76 m2). He is, it seems, the youngest artist to have made a retrospective world tour spanning a period of twenty years.

“I’m not doing it on purpose,” says Mr. Jafri to Arab News. “In fact, it’s quite the opposite. These are the records that come to me. It’s quite spiritual, what I do: I tap into something magical, I enjoy the moment and something beautiful comes out of it. Then I’m told that no one has ever done this before,” he says.

We caught up with Mr. Jafri as he unveils his latest project, The Art Maze – another first (the first art exhibition held in a custom-built steel maze) – on Dubai’s Bourj al-Arab hotel heliport, 212 meters above sea level. his work celebrates fifty years of Unesco World Heritage sites.

Our interview took place on a hot March afternoon and the sun was beating down. Mr Jafri, currently based in Dubai, had just finished a grueling six-week program and had spent the previous twenty-eight hours painting non-stop. This did not prevent him from being as lively as ever, as passionate about his art as he is about the causes for which he paints.

“The fact that children don’t learn history is a problem; they don’t know where we come from”, he observes. “They are spending more and more time online. I am a father of two children and worried. I think this project will raise awareness about our beautiful planet. And what better way to do that than to paint the UNESCO sites?”

As with most of Sacha Jafri’s projects, part of the proceeds from the sale of the fifty canvases of Tea Art Maze will be donated to Unesco. Mr Jafri began associating himself with humanitarian projects after a trip to Darfur in 2004 with George Clooney, while filming the documentary Darfur: sand and tears. This trip inspired him to visit 42 refugee camps around the world and raise millions of dollars for these camps.

Described as the pioneer of magical realism, Mr. Jafri counts among his collectors Bill Gates, the United Arab Emirates royal family, the British royal family, Richard Branson, George Clooney, Will Smith, Madonna, David Beckham, Rafael Nadal and many others. other world celebrities. His works have been exhibited in most major international art institutions and have raised more than 140 million dollars (1 dollar = 0.86 euro) for charities worldwide. The canvas alone Journey of Humanity raised a staggering $62 million at auction in 2021. Proceeds were donated to several charities and government bodies including Dubai Cares, Unicef, Unesco and the Global Gift Foundation .

We Rise Together with the Light of the Moon, which will be placed on the surface of the Moon in the year 2022, also has an important humanitarian dimension. The funds raised will be donated to charities that focus on equality for all, sustainable development, education and health. “In my opinion, we don’t really need a piece of art on the Moon, but it’s a huge opportunity to raise money for charity,” said Mr Jafri. “Ultimately, it’s about reconnecting humanity, connecting to each other, to our Creator, and to the soul of the earth,” he explains.

The heart-shaped artwork depicts two intertwined human figures and will be placed on the Moon in association with Nasa as part of the Commercial Lunar Payload Services (Nasa CLPS) initiative. The launch of this work will lead to the release of a five-piece charity collection from NFT (“non-fungible token», digital certificates) and will also launch the series Cryptonaut by Jafri. Besides his foray into the world of digital art, the artist has once again set a world record (most open edition NFTs sold in less than a minute, or $2 million sold in 45 seconds).

Even as he embraces technology in his work, Mr. Jafri is quick to warn against its pitfalls. “Our future is human,” he says. “Technology can be used to help humanity, but it must not take over.” 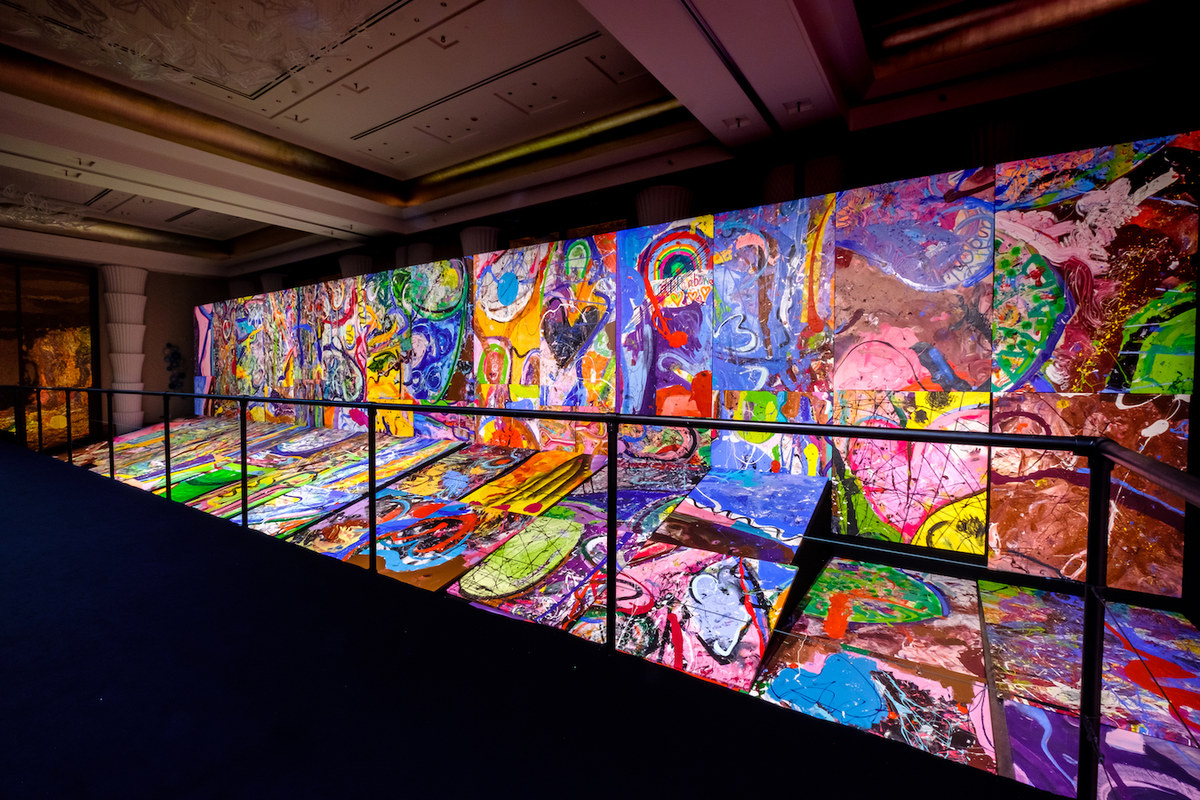 Mr. Jafri has become one of the most profitable investments in the art world. As he explains, there are probably few artists who have immersed themselves so deeply in their work. He is known to enter a trance-like state when he paints, and when he struggled in school as a child with severe dyslexia, art was, he says, “the only thing that had a meaning” for him. Teachers at the UK’s most prestigious public school, Eton (which he attended at the same time as Prince William), fortunately noticed this and provided Mr Jafri with his own studio in an office container. “It changed my life,” he says.

Brain scans show that Mr Jafri enters a theta state when he paints, meaning he is extremely relaxed and tasks become almost automatic. His involvement in his work often prevents him from eating or sleeping for several days. During the creation of Journey of Humanity, he often worked in seventeen-hour shifts and did not sleep for four days. He ended up suffering from a herniated disc and a dislocated ankle. Before the inauguration of The Art Mazehe painted without interruption for twenty-eight hours.

“For an artist, it’s not the end product or the journey that counts, but the way he lives his life. If you create something beautiful but you don’t live in grace, it has no meaning or significance,” he says. “It’s the intention with which you create that counts. The whole point of art is that it represents the soul of a human being who has surrendered and connected to something bigger than himself. As soon as our ego kicks in and we become full of ourselves, the magic stops. That’s why I can say that I like what I do, because it’s not me. I just feel honored to have been part of the process,” he continues.

“Art really consists of two things: love and empathy,” he concludes. “When these two elements come together, a world-changing work is created.”