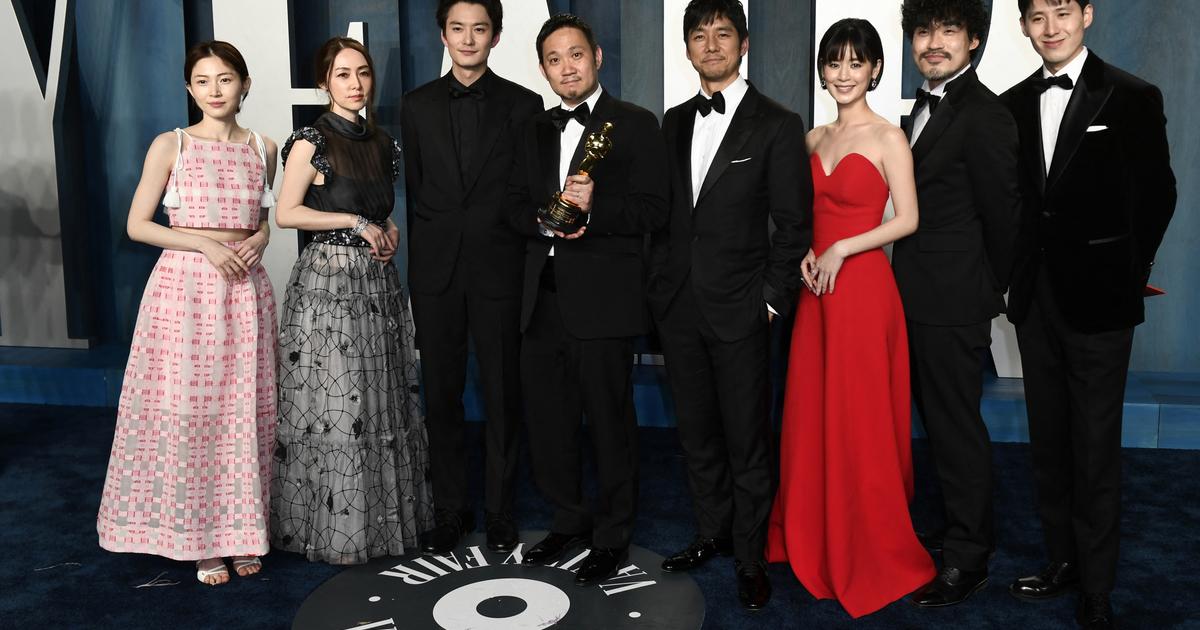 Already rewarded in Cannes, during the Golden Globe and the Bafta, the film directed by Ryusuke Hamaguchi, won the prestigious prize of the 94th edition of the Hollywood ceremony last night.

Drive My Car by Japanese director Ryusuke Hamaguchi, a poignant odyssey of two beings haunted by their past, adapted from short stories by Haruki Murakami, continued a long journey at the Oscars on Sunday which saw him acclaimed by critics around the world. This three-hour river feature film, crowned best international film, was nominated in four categories in total, with best film, best direction and best adaptation.

Inspired by three stories from the collection men without women by the most famous contemporary Japanese novelist, the film tells the story of an actor and theater director, played by Hidetoshi Nishijima, haunted by the death of his wife. He agrees to stage the play Uncle Vanya of Chekhov in a festival in Hiroshima whose organizers impose on him as a driver for his travels a taciturn young woman named Misaki, played by Toko Miura. Over the course of the journeys, a relationship, neither of love nor of friendship, develops between the driver and her passenger, who then resign themselves to facing their past together. Above the “road movie”, Drive My Car is above all a romantic journey, a journey into the psyche of its characters via its sublime scenes in the car which offer so many cathartic camera views.

Read alsobetween the triumph of Coda and the slap of Will Smith, the Oscars hits hard

Ahead of the Oscars, this film by the rising star of Japanese independent cinema had already received an impressive list of distinctions around the world: prize for best screenplay at Cannes last year, Golden Globe and Bafta for best foreign film, without speak of a shower of praise from film critics’ associations around the globe.

Read alsoOscars 2022: the hour of the triumph of Jessica Chastain, best actress

After the success in France of Hamaguchi’s previous films, Senses (2015) and Asako I & II (2018), “I was sure that the French critics would like “Drive My Car”but I am more surprised by the Americans”, told AFP before the Oscars Shozo Ichiyama, director of programming at the Tokyo International Film Festival. “It may have to do with the fact that he was very little known in the United States and that critics were sensitive to his “novelty”»he estimated. “Although Hamaguchi was a student of (director Kiyoshi) Kurosawa, his films are unique and different from other Japanese films.”

While noting the difficulty of transposing to the screen the universe of Haruki Murakami, which exists “in a space between reality and fantasy”Ryusuke Hamaguchi thinks that the dithyrambic reception given to his film is also due to the universal dimension of the writer’s work. “In adapting it, I tried to bring to the screen its vision of the world, the deep despair and the furtive hopes that run through the characters, something very universal”declared the director in January to the specialized site Gold Derby. “The reaction of the public, who spoke to me often about the themes of separation and mourning in “Drive My Car”made me realize that the film wasn’t just about pain, but more about people trying to live a little better life despite that sadness, or maybe even because of that sadness.”